A guide to the weather in Fukuoka, including the full rundown on what to bring and how to prepare for anything. Plus, we've got a roundup of all Fukuoka's seasonal events that you shouldn't miss.

Fukuoka’s south-eastern location gives it a humid subtropical climate, with long, hot summers and relatively mild winters. Generally, spring and autumn are considered the best times to visit Fukuoka, the temperate climates of each making the city far more hospitable than in the more extreme summer or winter.

Below we’ll run you through everything you need to know about the weather in Fukuoka, plus, some top tips on seasonal events and things to do in the city rain or shine.

For a comprehensive look at Fukuoka, check out Fukuoka – The Ultimate Travel Guide.

Fukuoka Spring (April and May) Clothes and Necessities

Fukuoka quickly recovers from the cold of winter in the spring. However, cold snaps can occur so it is still advised that visitors pack some warm clothes just in case. Generally, light jackets or cardigans will suffice, especially in May. Fukuoka does see a good amount of rainfall in spring, so waterproof jackets, waterproof shoes and umbrellas are also advised.

Fukuoka summers are long, hot and humid. In terms of clothes, t-shirts, shorts, dresses and generally light clothing are recommended. At the peak of the summer (July and August), a good idea would be to change clothes throughout the day in order to remain comfortable. To combat humidity, undershirts are also recommended. Uniqlo’s AIRism range is specially designed for this purpose.

For the fair skinned, sun lotion is advised while outdoors. Many Japanese people also deploy parasols in order to avoid the sun when out and about.

Typhoon season in Fukuoka is generally between August and September. Due to their frequency, Japan is well equipped for predicting and safeguarding against the worst effects of typhoons. However, if a typhoon approaches during your stay, it is advised that you stay indoors until it passes, avoid swimming or large bodies of water and follow all instructions given to you by the staff at your accommodation.

Autumn is generally considered the best time to visit Fukuoka. Temperatures hover at a pleasant level and the weather is generally stable. In October particularly, t-shirts and shorts may be the best clothing choice, though packing a light jacket or cardigan is strongly recommended, especially since temperatures drop in the evenings. October and November are also two of the driest months, although packing some waterproof may be a good idea regardless.

As said, Fukuoka experiences relatively mild winters in comparison to more northerly Japanese locations, with temperatures rarely dropping below freezing and snowfall almost non-existent. To be comfortable, however, warm clothing is still advised. An insulated coat, thick shoes, gloves and hats are likely to come in handy at some point during your stay.

While in Japan, we recommend Don Quijote for all your travel needs. This mega-discount chain store has everything from winter clothing to cheap umbrellas. Additionally, check out Japan’s popular fashion brand Uniqlo. Their HEATTECH apparel traps body heat really well – making it great for winter.

The location could not be found. 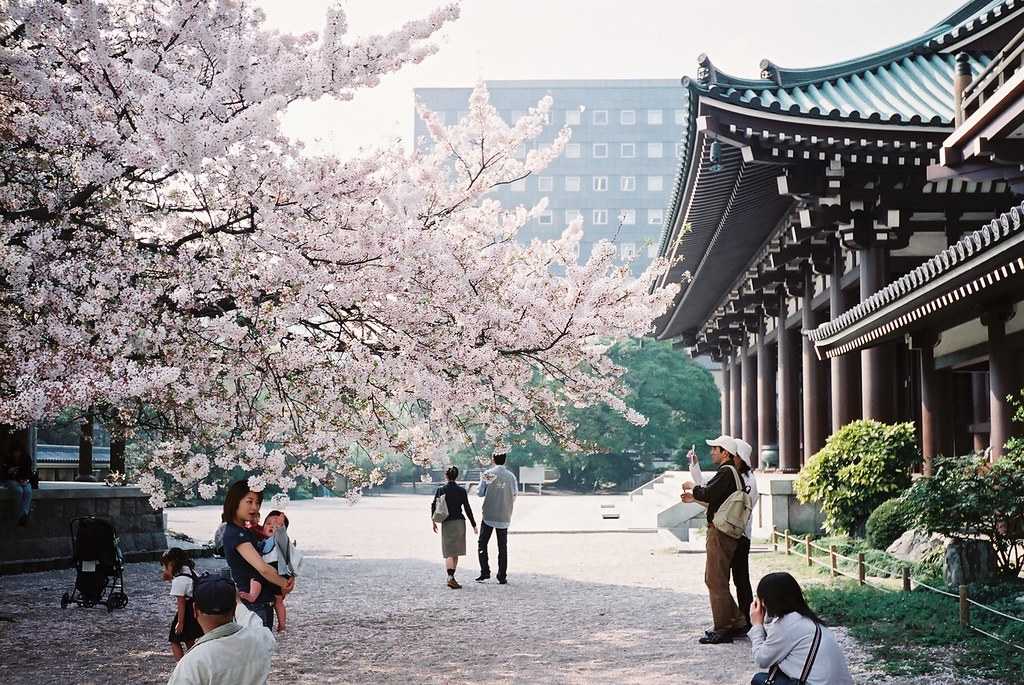 Popular hanami spots include Fukuoka Castle (Maizuru Park), Uminonakamichi Seaside Park (海の中道海浜公園), Nishikoen (Nishi Park) and Atago Shrine. Check out either one (or all) and you won’t be disappointed.

The Fukuoka Softbank Hawks are the pride of the city, an indomitable force in Japanese baseball and an exciting team to watch. Spectating at a Japanese baseball game is like no other sporting experience: fans turn out in huge numbers draped in their team’s colours and all seem to be well-versed in the vast number of chants (typically each player will have their own), songs, dances and theatrics. As a first-timer, it’s hard not to get in the spirit of things. The season usually lasts from March to October, with matches almost every week. Tickets are usually pretty cheap and can be picked up on game day from the stadium itself (advanced booking is advised for important games or those that fall on a holiday).

Hakata Dontaku Festival in May sees Fukuoka explode with life. A festival with deep roots, it is a celebration of the people of the city, their culture and their history. Over the course of two days, a series of grand parades take over the streets; exquisitely decorated floats are pushed down the city’s main streets, cheered on by the exuberant crowds. It is also a great time to sample some of Fukuoka’s culinary treats, as food stalls and pop-up restaurants spring up everywhere.

4. Firefly Watching Season (May to June)

The appearance of the fireflies signals the start of summer and the end of the rainy season in Japan. Somewhere in late-May to early June the firefly season begins. Only lasting for around 10 days, the fireflies are a fleeting reminder of nature’s magnificence. Fukuoka’s climate makes it one of the best places in the country to witness this natural phenomenon. There are many great spots around the city and even a number of festivals held in celebration of the event. Two of the best spots are around Myohoji Temple and the rooftop garden above JR Hakata Station.

The Hakata Gion Yamakasa brings out Fukuoka’s competitive side. The festival pits seven different Fukuoka districts against each other in a relay race through the heart of the city. The twist: each team is charged with pushing a giant, lavishly decorated float down the five-kilometer course. Despite taking place in the early hours of the morning, the race attracts large crowds – make sure you’re among them for this only-in-Fukuoka spectacle.

Summer fireworks festivals are absurdly popular in Japan, some attracting more than a million spectators each year! Although Fukuoka’s Nishinihon Ohori Fireworks Festival is slightly smaller (400,000 spectators), it is no less impressive. Displays are spectacular and can last for over an hour, but just as good is the carnival-like atmosphere on the city streets, where people don yukata (summer kimono) and enjoy some traditional food and drink. The festival usually takes place in early August, weather permitting. 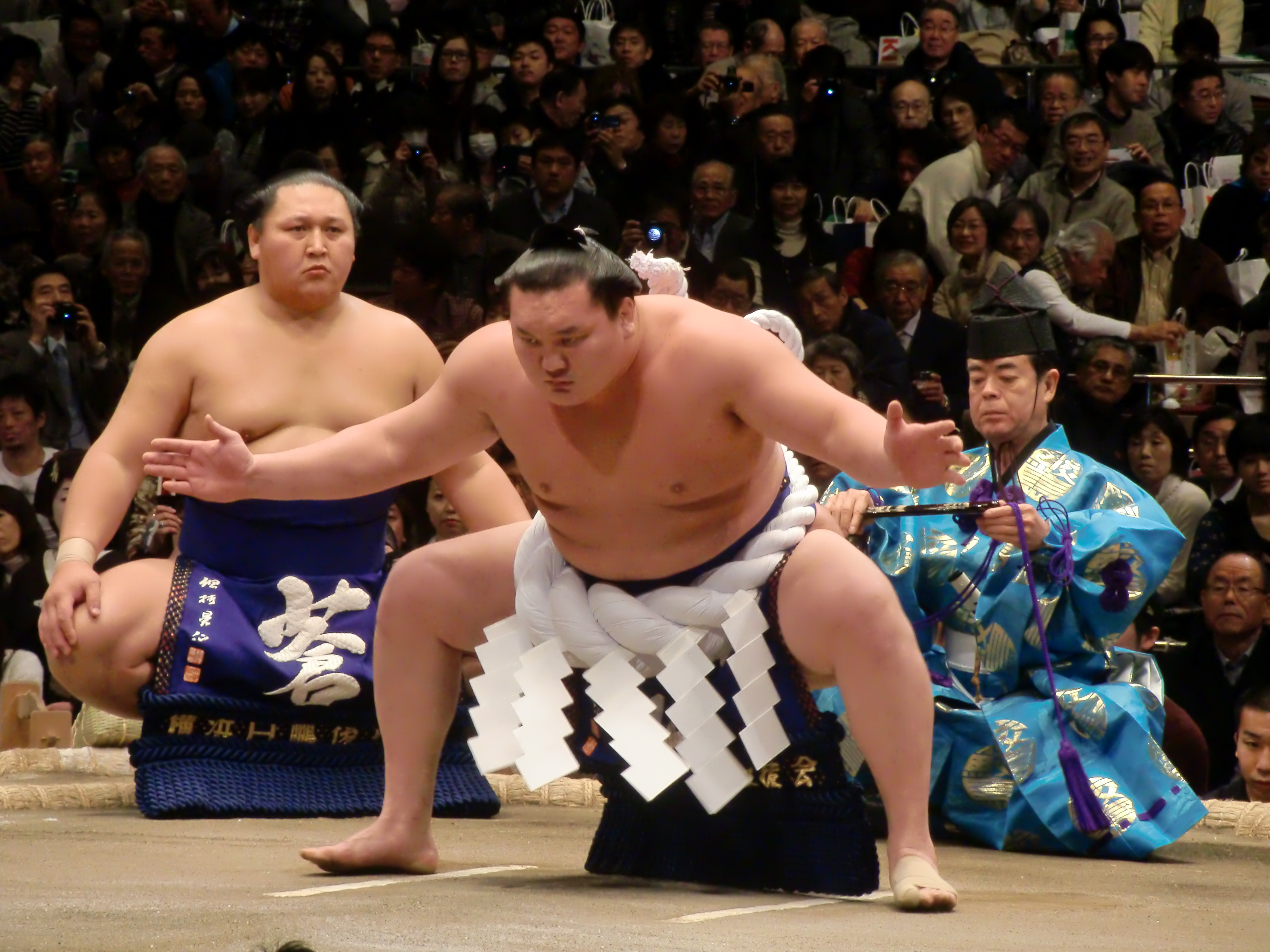 Sumo is Japan’s most iconic sport, an age-old test of strength, discipline and will. The country holds six major tournaments annually – the last of which takes place in Fukuoka. The Kyushu Basho, as it is known, is the final chance for the wrestlers to lock horns, making it arguably the most exciting of the six. What’s more, Fukuoka’s relatively small size means that when the tournament is in town, Sumo fever takes hold, with the whole city showing their support in one way or another. 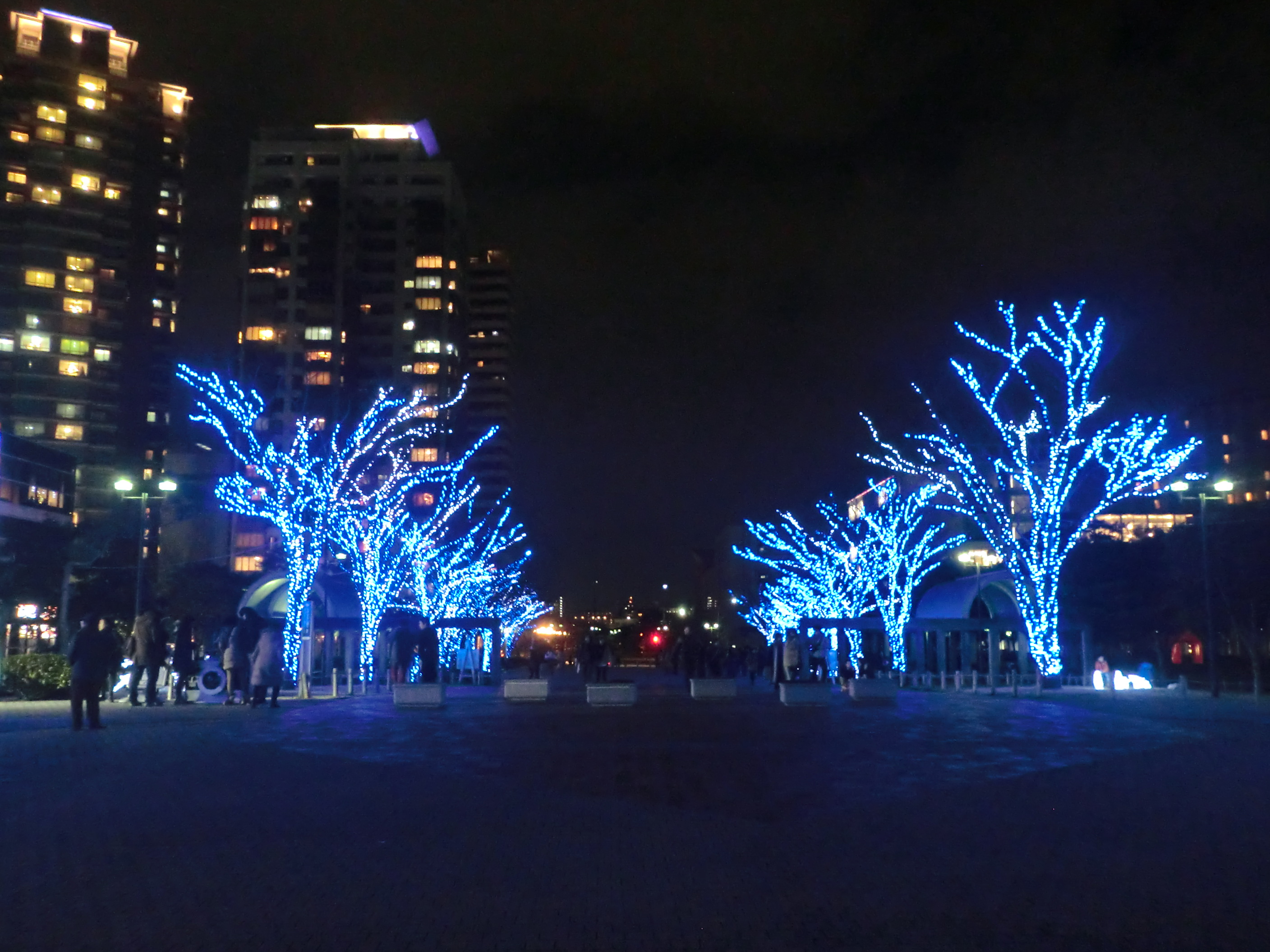 Although not a religious holiday in Japan, Christmas spirit still takes hold come December. Towns and cities up and down the country drape themselves in all manner of lights and decorations in celebration, with Fukuoka’s being among the best.

Little snowfall in Fukuoka means that skiing options are limited. In the past, the Big Air Snowboard Park gave snow-hounds an indoor option, but this was closed down in 2009.

The next best thing is to travel to Tenzan Resort in Saga. Due to the limited public transportation options, we recommend renting a car. The entire journey one-way takes about 1.5 hour.

Top 5 Things to Do in Fukuoka 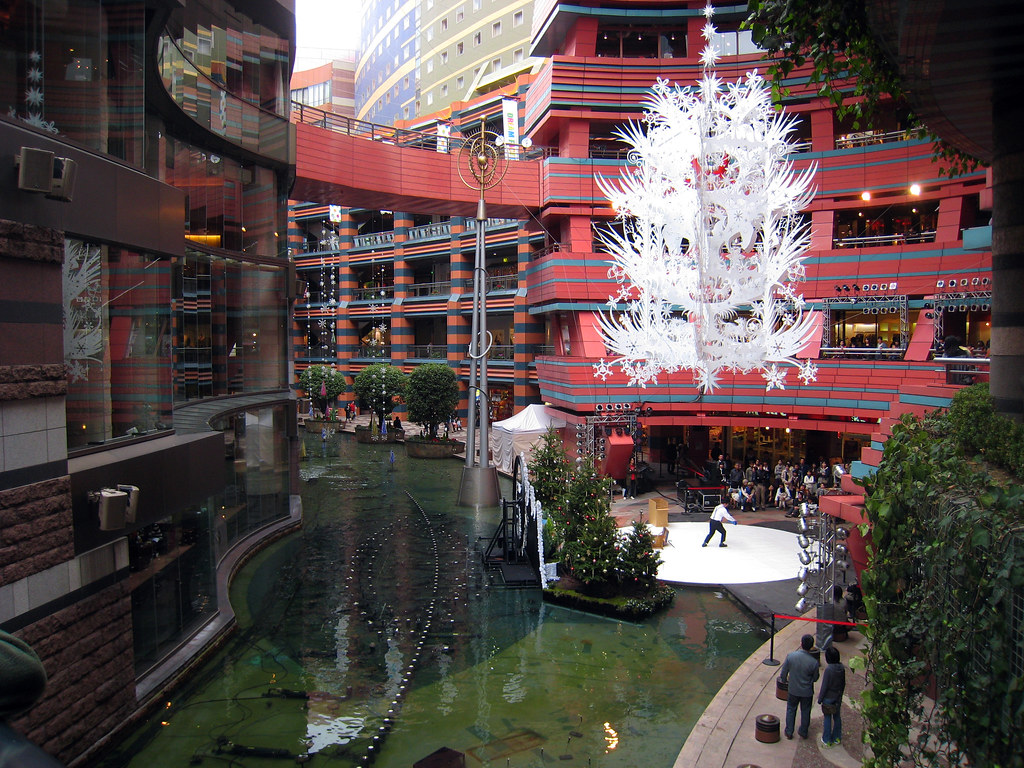 Touted as a “city within a city”, Canal City Hakata’s sheer expanse, combined with the picturesque artificial canals that run throughout, certainly make it feel like one. Home to over 250 shops, restaurants and cafes from all your favourite Japanese and international brands, there’s plenty to keep you entertained here.

Once one of Kyushu’s great castles, today, Fukuoka Castle is little more than ruins. Torn down in the wake of the Meiji Restoration and never restored, the walls and turrets that remain are nevertheless a must-see attraction, especially for those with vivid imaginations. In the spring, as the cherry blossoms bloom, the site of the castle is particularly popular.

The jewel in the crown of Fukuoka’s Seaside Momochi development, a project originally conceived to house the 1989 Asia Pacific Expo, Fukuoka Tower is an impressive spike of glass and steel which has come to be seen as one of Fukuoka’s most iconic landmarks. From the three-floor viewing platform, visitors are treated to unbeatable views out over the sea and the city, making it a great place to start your exploration of Fukuoka.

The focal point of the previously mentioned Yamakasa Gion Matsuri and one of the oldest in the city, Kushida Shrine is a must-see. Dating back to 757, the shrine is dedicated to an obscure deity from the annals of Buddhism but is a popular place of worship all the same.

Just on the outskirts of Fukuoka, Marinoa City makes for a great day out for a spot of retail therapy. The biggest outlet mall on Kyushu, this is the place to pick up all the latest gear at super discounted prices. All the major Japanese and international brands are here, plus a great selection of restaurants, cafes and entertainment options. If you shop yourself out, a ride on the Ferris wheel or a walk along the boardwalk should help to restore a bit of energy.

Japan Rail Pass – a Guide to the JR Pass