A great fusion of historic and modern Japan, Hiroshima is an ever-popular tourist destination. Accordingly, hotels abound. To help you choose the right one for you, check out our guide to the top 12 Hiroshima hotels. 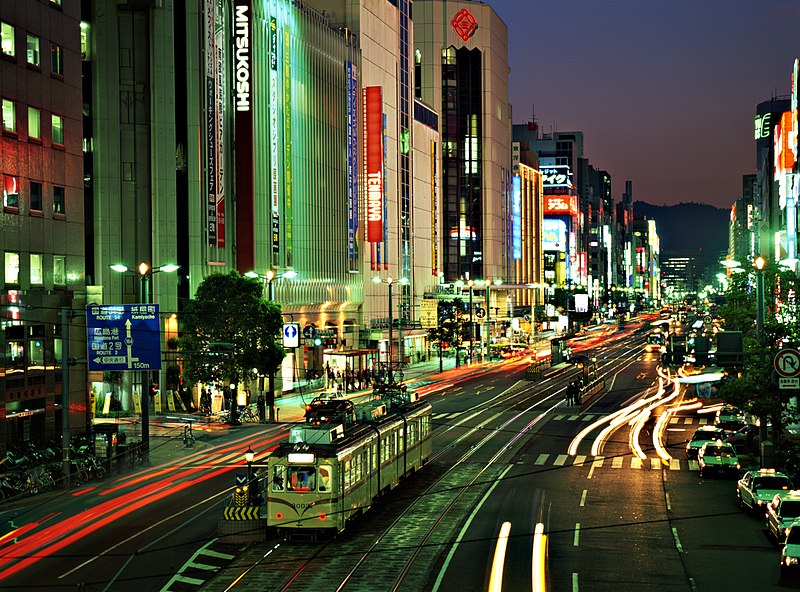 Hiroshima’s downtown area is the city’s heart; home to historically significant sites such as Itsukushima Shrine of Miyajima and the Hiroshima Peace Memorial Park, as well as bustling shopping streets and an abundance of other attractions. JR Hiroshima Station – the city’s main transport hub – can also be found in the downtown area, meaning it is just as convenient as it is vibrant.

The bottom line is that for tourists visiting Hiroshima, the downtown is always the best choice. Below find a full list of the 12 best Hiroshima hotels, most of which are to be found in and around the city’s downtown, though we’ve thrown in a couple of alternative choices, too.

If you want to learn more about what to expect from your trip to Hiroshima, check out our article Things to do in Hiroshima. 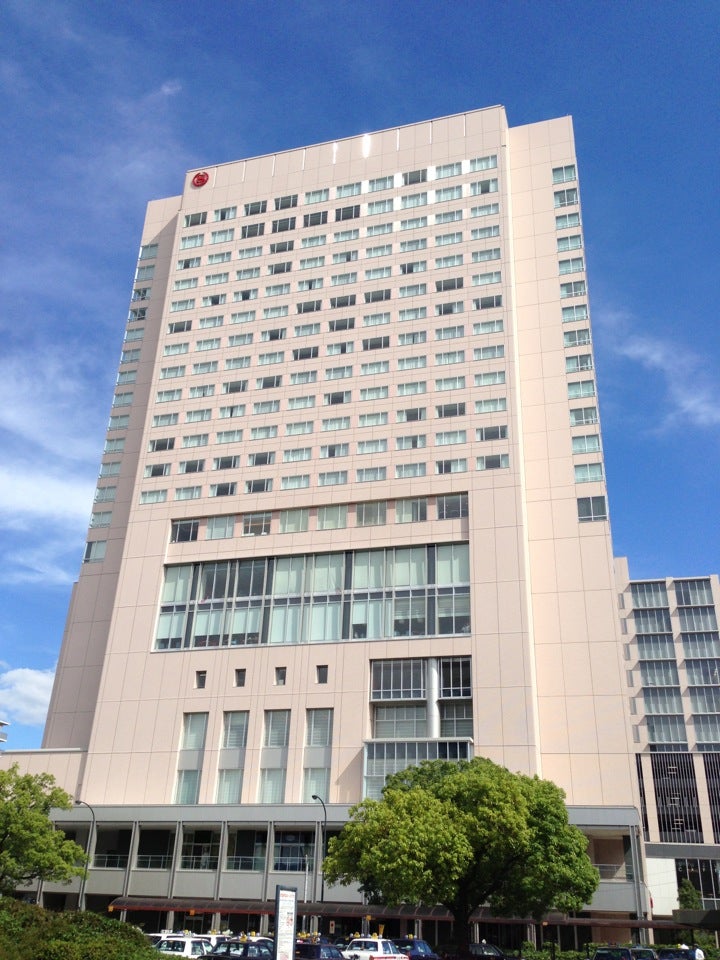 The Sheraton Grand Hiroshima Hotel is just a one-minute walk from JR Hiroshima Station, includes top-end features such as a fitness centre, spa facilities, indoor swimming pool and jacuzzi, plus, offers guests a variety of delicious dining and drinking options including two restaurants and a cocktail bar. Free WiFi is also provided throughout. 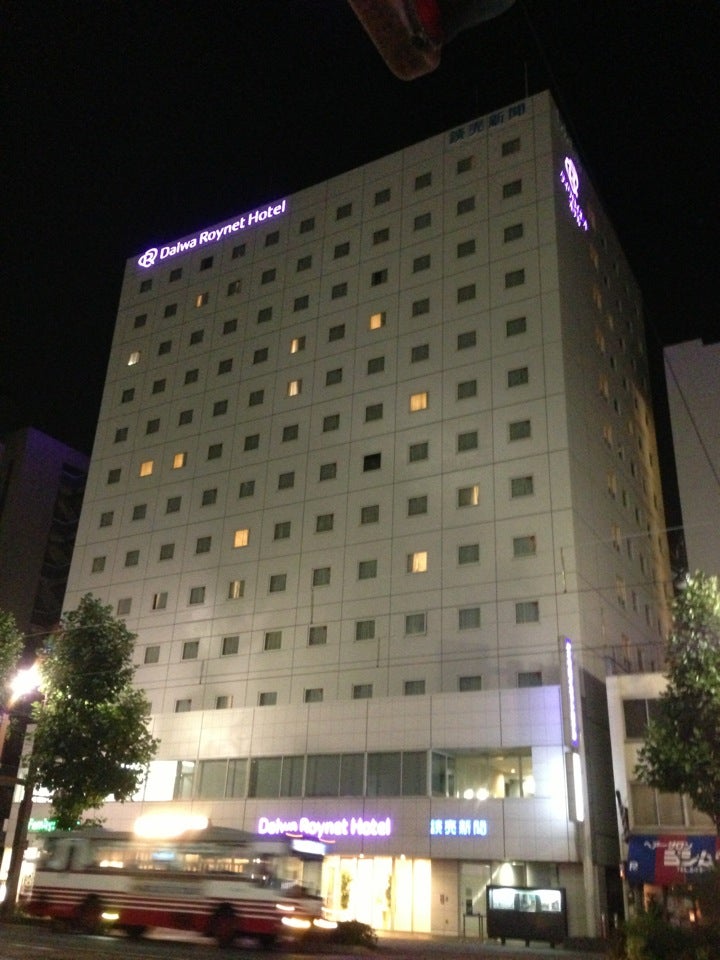 Located in close proximity to Chudenmae Station, Daiwa Roynet Hotel Hiroshima features free WiFi, public computer booths and a 24-hour coin laundry room. Rooms are pretty basic but fully equipped with amenities such as an electric kettle, toiletries and an LCD television. With famous tourist attractions such as the Peace Memorial Park and Hiroshima Castle close by, this is a good option for a reasonably cheap hotel in the heart of the action. 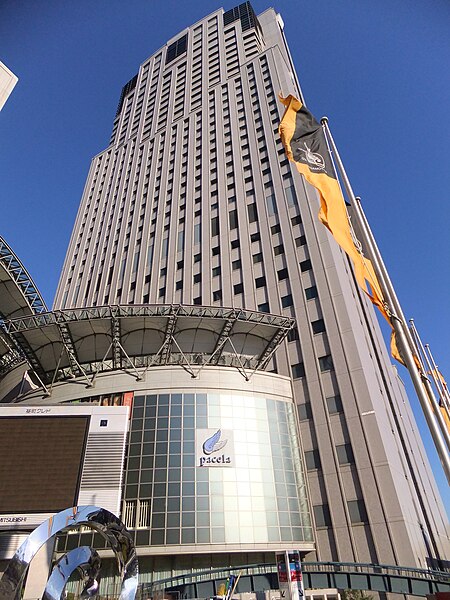 The 33 story Rihga Royal Hotel Hiroshima is a luxury hotel famed for its breathtaking views over Hiroshima Museum of Art, Hiroshima Peace Memorial Park, Hiroshima Castle and the city more widely. As well as the views, the hotel offers guests spacious rooms, an array of dining options and a fully equipped fitness centre. Not cheap, but well worth it. 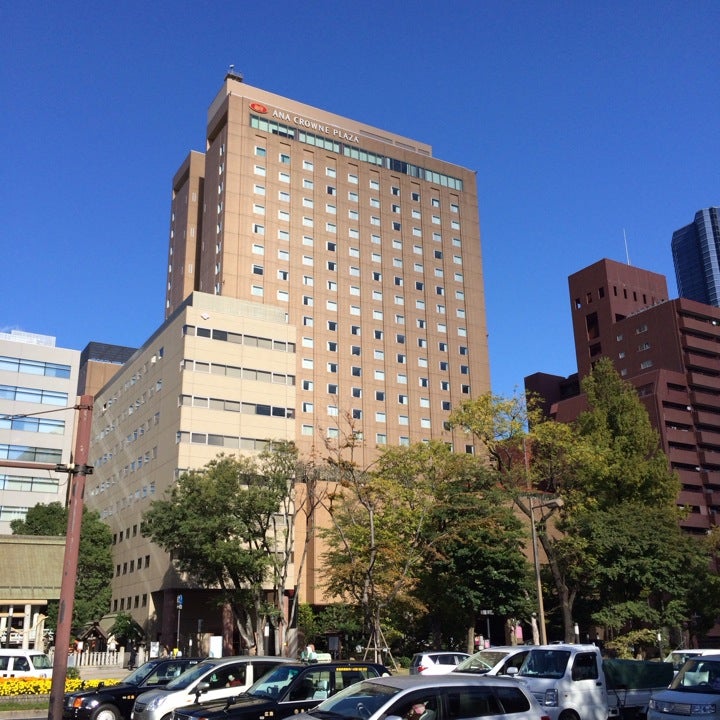 Close to the beautiful Motoyasugawa River and many more of Hiroshima’s top attractions besides, ANA Crowne Plaza Hiroshima is another excellent option for your stay in the city. Facilities include a whopping six restaurants, a traditional Japanese garden to relax in, a fitness centre, indoor pool and sauna. What more could you ask for? 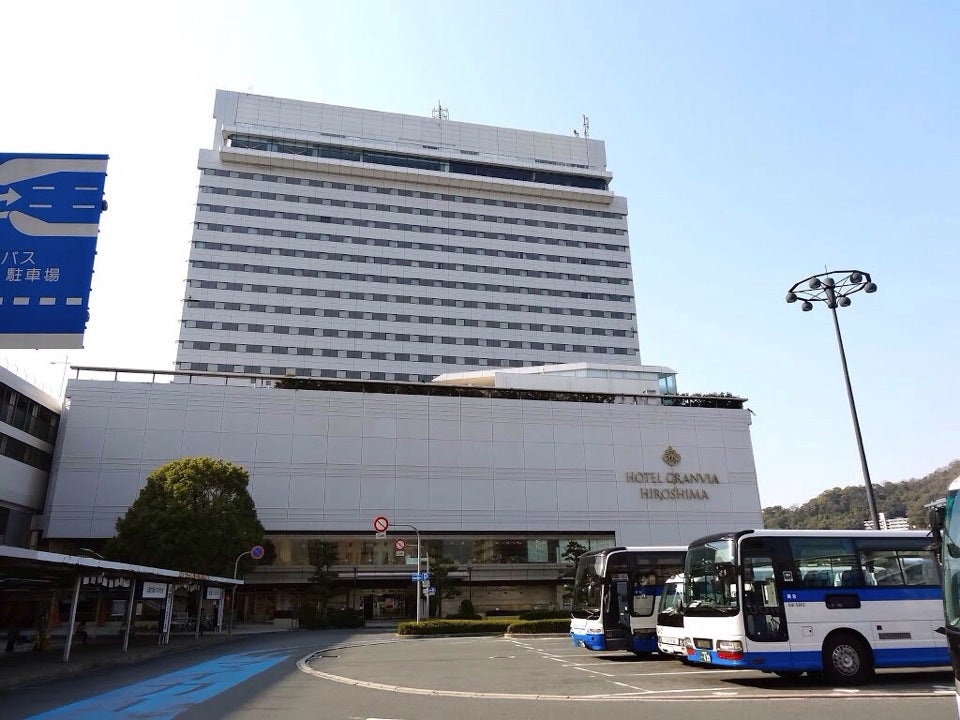 Directly connected to JR Hiroshima Station, Hotel Granvia Hiroshima takes convenience to the next level. Arriving on the Shinkansen or from the airport? No problem. Your hotel is but a few steps away. The 22 story building accommodates nearly 400 guest rooms, 12 dining options and even a karaoke bar. If you’re staying here in the summer, be careful not to miss out on the rooftop beer garden. 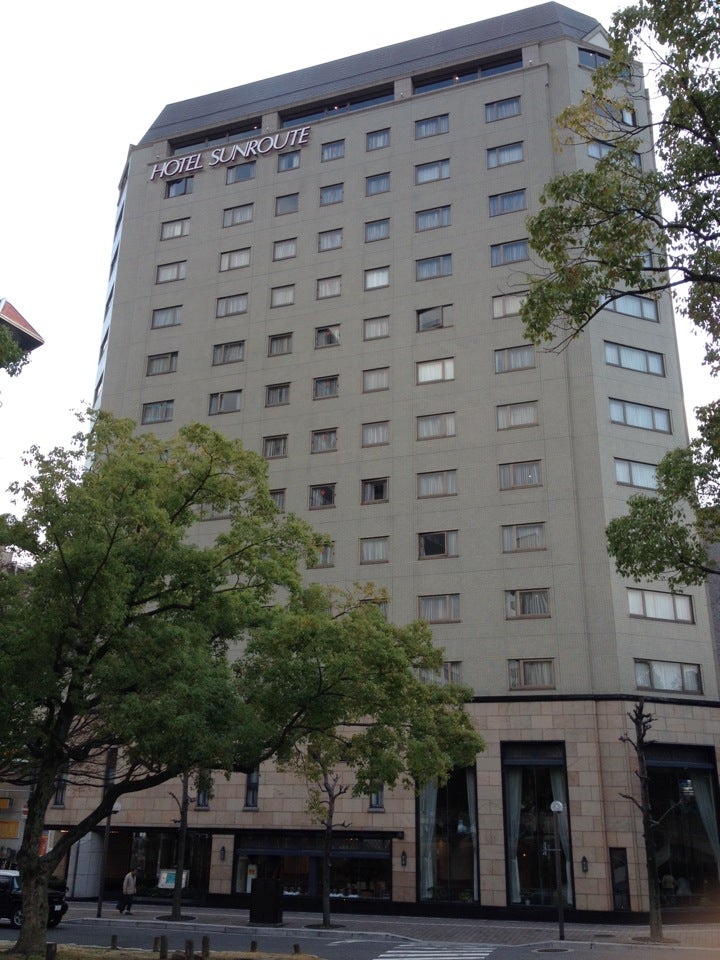 Located just across the bridge from the Hiroshima Peace Memorial Park and three minutes from Chudenmae Station, Hotel Sunroute Hiroshima is another top Hiroshima hotels choice. The hotel features two dining options: Viale, an Italian restaurant and a Japanese restaurant named Kissui. The breakfast buffet is included only if you choose the Bed & Breakfast package. 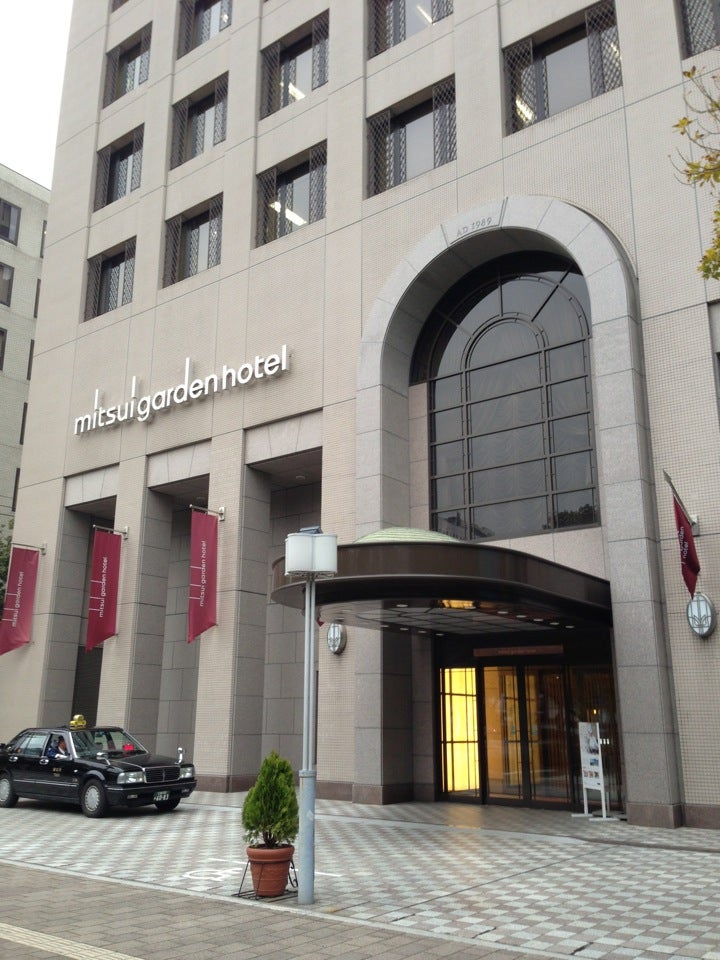 Five minutes from Fukuromachi Station, Mitsui Garden Hotel Hiroshima features a hair salon, three restaurants and free WiFi throughout the hotel. Although slightly outside the downtown area, it is still just a 15-minute train ride from Hiroshima Station. The extensive breakfast buffet here is the perfect fuel for exploring the city and the two on-site restaurants are perfect for taking it easy after a long Hiroshima day. 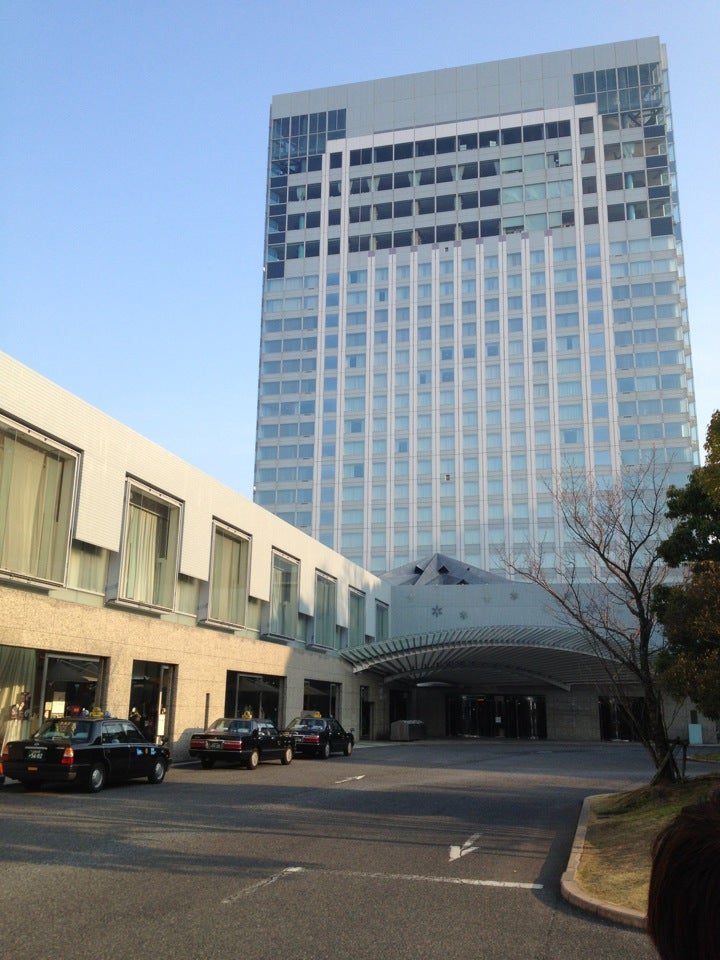 Again, a little outside the downtown area, the Grand Prince Hotel Hiroshima is located in Motoujina Park near Hiroshima Port. Yet, this could be a great option. For one, the hotel runs free hourly shuttle buses between it and Hiroshima Station, making getting there a breeze; and two, the waterfront location makes it a great HQ for those wanting to visit Miyajima. The world heritage site and popular tourist location can be reached via boat from Motoujina Pier just in front of the hotel. Topping off all of this, all rooms overlook the beautiful Seto Inland Sea. 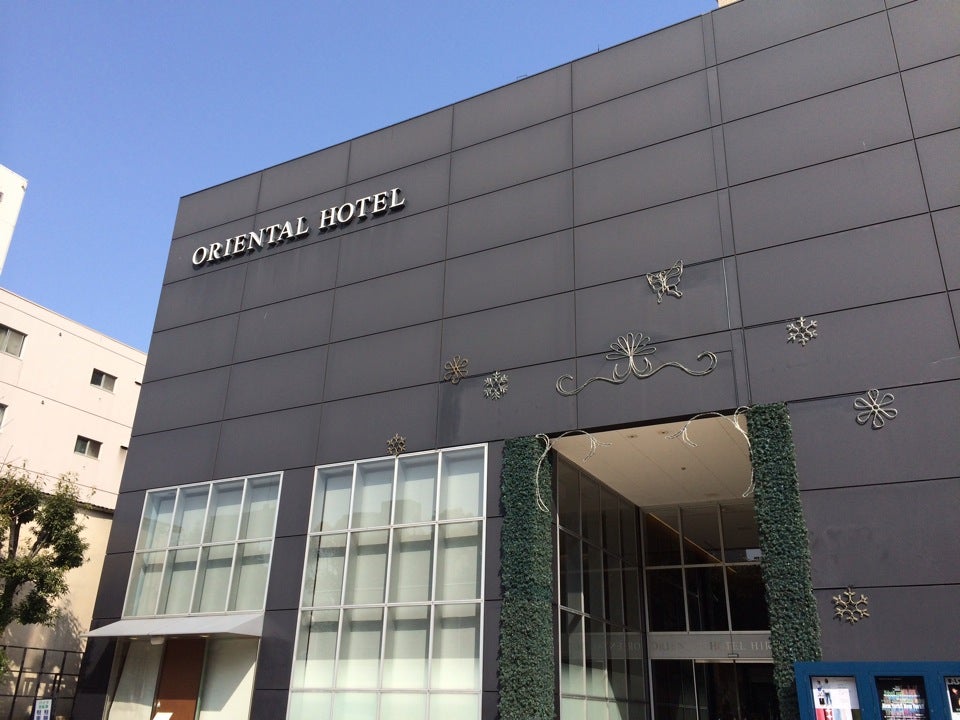 Back to the city’s downtown, Oriental Hotel Hiroshima is a short 10-minute drive from JR Hiroshima Station and a 15-minute walk from Hijiyama Park. Guest rooms feature well-stocked minibars, coffee machines and views over the city to die for. On-site restaurant/bar New York Coffee hosts live jazz performances nightly which should not be missed. 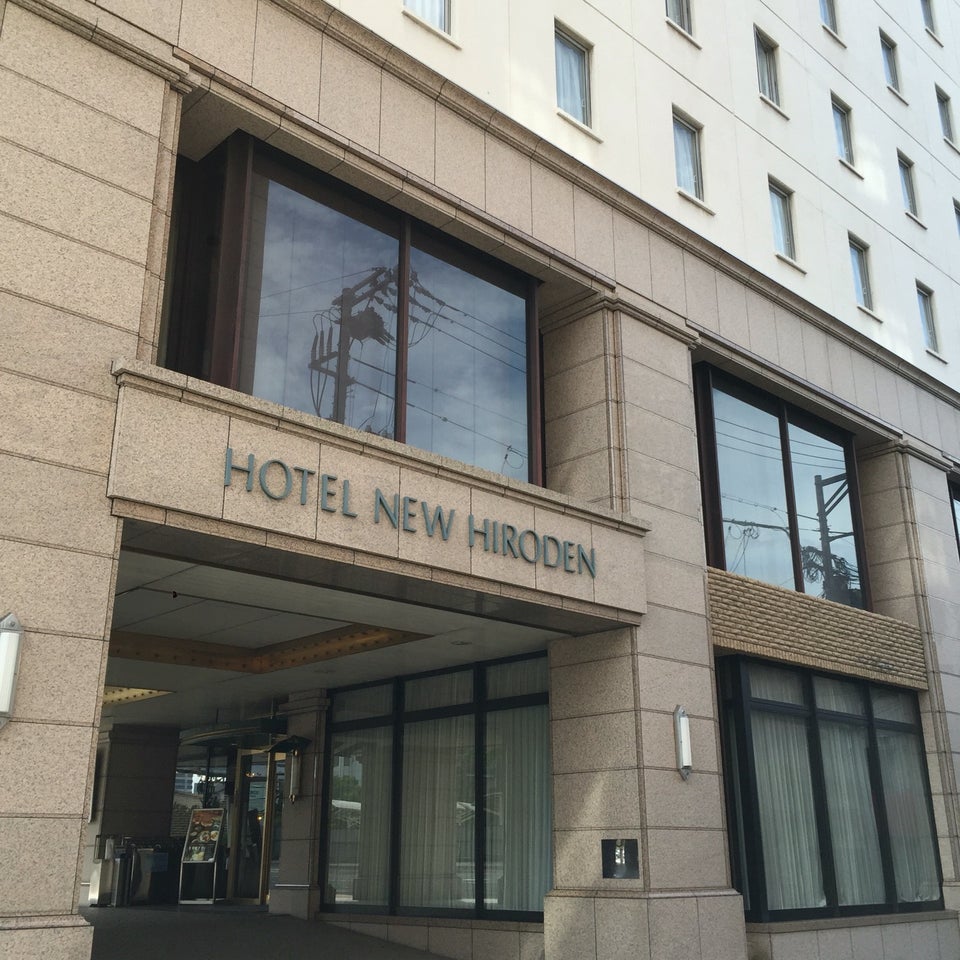 Hotel New Hiroden is a modern hotel located right across the street from the west exit of JR Hiroshima Station. With its cheap prices, convenient location and free WiFi, Hotel New Hiroden is ever popular, especially among business travellers. The hotel also features two buffet restaurants, a bar, massage service and laundry service.

Not far from Shukkeien Garden and Hiroshima Prefectural Art Museum and just a 10-minute walk from JR Hiroshima Station, Hotel JAL City Hiroshima is another highly convenient Hiroshima hotel. If visiting the city in the spring and you want prime access to one of the best cherry blossom spots in the city, this hotel is for you. The hotel’s rooms are spacious, clean and light, plus the in-house restaurant serves up some of the best Italian food in the city. 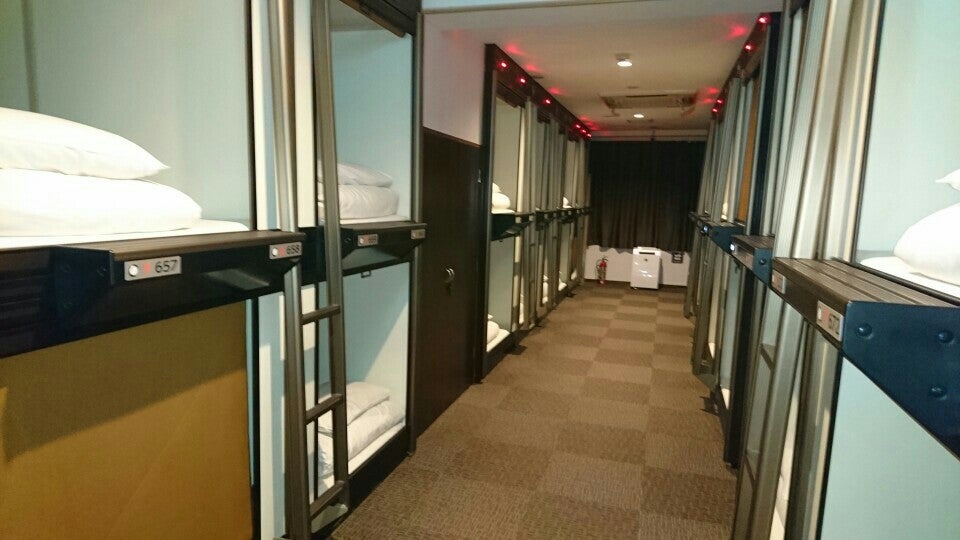 Capsule Hotel CUBE Hiroshima is a 10-minute ride from Hiroshima Station, right in front of Kanayamacho Station. The hotel features three types of guest rooms, all featuring toiletries, pyjamas and free WiFi as standard. Each floor includes a shared lounge, bathroom and toilet, all of which are available 24 hours a day. If you want some privacy or fear claustrophobia, try the Private or Deluxe rooms, each of which also give guests a small separate room for them to relax in.

Category Ranking【Where to Stay in Hiroshima】