Tokyo is a haven for film fans. Come with us as we introduce you to the 18 best Tokyo cinemas and where to find them.

Immortalised through a car windshield in Tarkovsky’s Solaris, the template for a rotting future in Blade Runner, chewed up and spat out by Godzilla countless times and a sufficiently alienating backdrop for Bill Murray’s mid-life crisis in Lost in Translation – Tokyo has long provided filmmakers with a techno-futurist backdrop like no other.

Find yourself in Tokyo and you’ll be reassured to discover that not only do the city’s neons look good on screen, but down below, its streets and alleys overflow with places for cinephiles to indulge their interest. Spaceage megaplexes and fiercely independent joints exist side-by-side, providing the opportunity to liquefy your brain on a matinee blockbuster before attempting to coagulate it again with something a little more challenging in the evening. Tokyo cinemas, luckily, are also happy to accommodate those of us with little in the way of Japanese ability. English-language screenings are frequent and subtitled Japanese flicks can be found with a little digging.

So if you find yourself in Tokyo and want to sit in a dark room for a few hours, come with us as we introduce you to the 18 best Tokyo cinemas and provide you with all the information you’re going to need to find them.

For films now showing and full Tokyo cinema listings, have a look here.

To kick us off, the Roppongi Hills branch of TOHO Cinemas, a nationwide cinema group that specialises in the megaplexes we all know and love (or loathe). Nine screens, contemporary stylings and super comfy seats, it’s a textbook cinema experience. Although some might complain of the bland familiarity of cinemas such as this, it does what it does well.

The Roppongi Hills postcode means it’s the go-to cinema for the hordes of expats and tourists in the area and accommodates this function happily, screening English-language films in abundance and displaying an overtly foreigner-friendly attitude. If you want to turn off your brain for a few hours whilst watching the latest blockbuster and inhaling popcorn, TOHO Cinemas Roppongi Hills should be your first choice in the city. 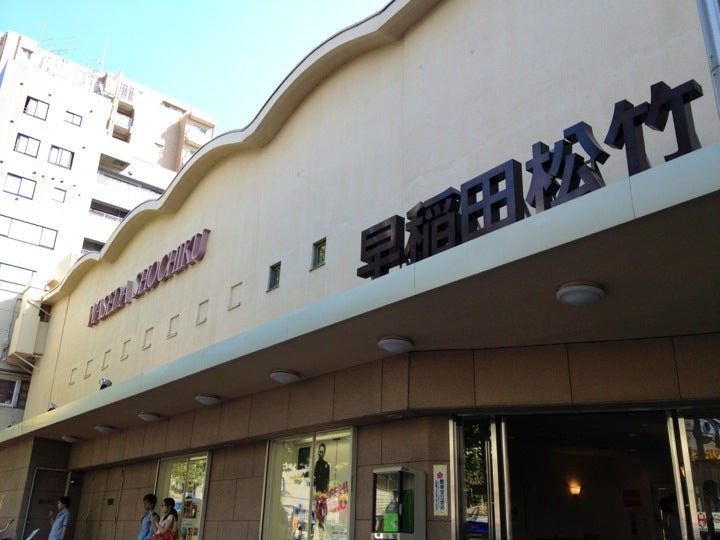 Forced into economic hardship as a result of competition from the likes of the above entry, Waseda Shochiku closed its door in 2002. Yet, phoenix-like, the cinema rose again thanks to a hard-fought fundraising campaign headed by students from nearby Waseda University. The cinema’s golden age charm, clearly, is doing something right.

The one screen here is put to good use, showcasing everything from the latest in experimental cinema to verifiable classics of the big screen. Non-Japanese speakers need not worry too much either, a lot of films are shown with English subtitles (still best to check before entering, however). Value for money is also guaranteed at Waseda Shochiku. The cinema operates a double-ticket system, meaning that, with each ticket bought you’re entitled to watch two films! Catch some noir in the morning and head back for a blockbuster in the afternoon, or a yakuza thriller followed by a throwaway rom-com, arthouse then grindhouse… The combinations are endless. 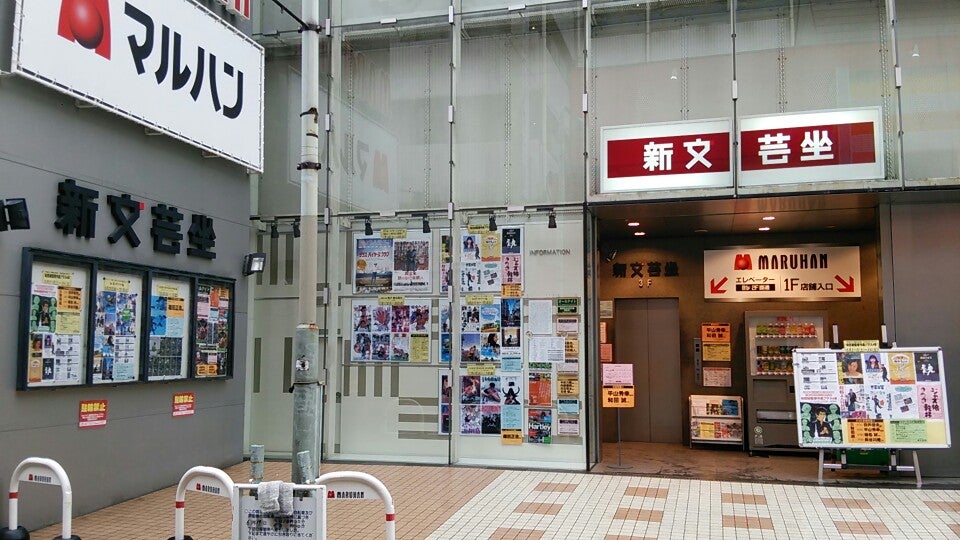 For many, especially the insomniac cinephiles amongst us, Shin-Bungeiza’s selling point is its Saturday all-night screenings. For under 3,000 yen, catch four or five films, usually grouped by theme or director. Stay out all night and wake up with some fresh cinema knowledge rather than a hangover for once.

Situated on Ikebukuro’s main drag, Cinema Sunshine is a multi-screen giant, though unlike some, manages to couple this with a certain old school Japanese charm. The decor maybe somewhat vintage but the equipment is far from it, Cinema Sunshine being one of the only cinemas in the city to use the most advanced projection gear available.

The films on offer are a decent mix of Japanese and Hollywood blockbusters plus a healthy amount of anime flicks. Although some of the English-language films are dubbed, the majority are subtitled, so a cursory check might be a good idea before making the journey there.

Ikebukuro has a decidedly gritty and perhaps even provincial reputation. Flying in the face of this is the high volume of arthouse and independent cinemas in the area, which Cine Libre Ikebukuro is yet another example of. The spools in this joint’s two theatres are loaded up with an ever-changing roster of films from domestic talent and international auteurs alike. Although films in the latter category are rarer than many of Tokyo’s gaijin (foreigner) cinephiles may like, check the schedule regularly enough and you’ll soon strike cinema gold.

No less than the largest movie theatre in Japan and one of the countries most cutting edge, Shinjuku Wald9 certainly has pedigree. Happily, it is also one of Tokyo’s most foreigner friendly, providing English language customer service and a schedule packed with Western titles.

A trip to Shinjuku Wald9 is perhaps also your best opportunity to fully appreciate Japan’s superior approach to cinema. In the lobby, pick up some (actually edible) hot food, a beer and some chocolate popcorn, enjoy your film on an ergonomic chair and wrap yourself in a complimentary blanket if you get cold, before browsing the extremely cool film-related chirashi (leaflet) selection before you leave. 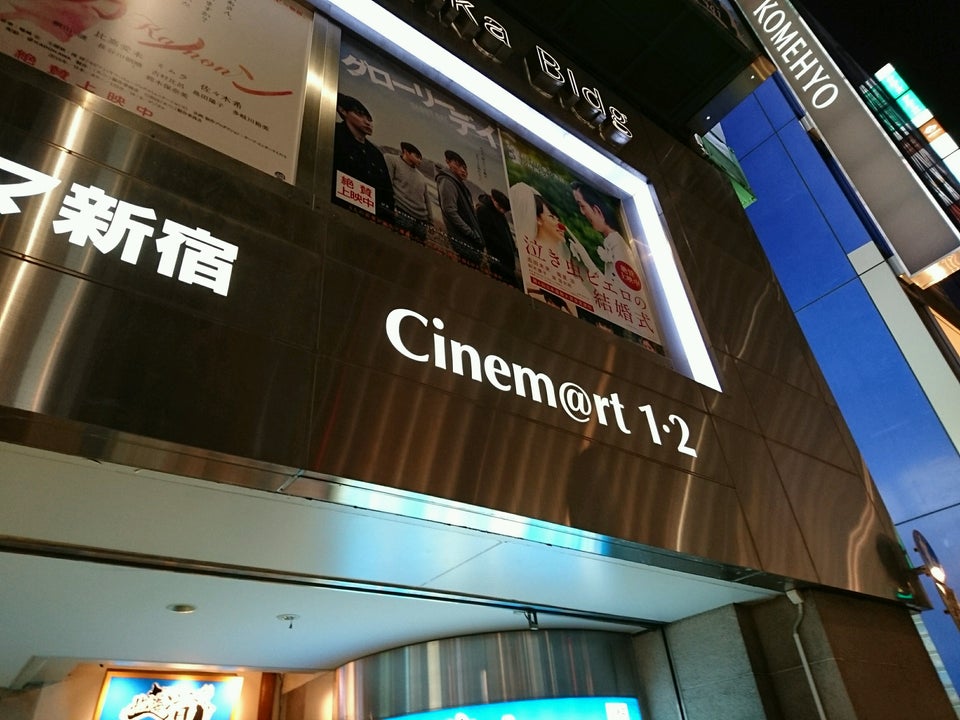 In the 1960s, Shinjuku’s Hanazono Shrine became an impromptu stage for Tokyo’s avant-gardist theatre groups. Whilst no longer the case, those wanting a taste of the experimental ought to head to nearby Cinemart Shinjuku, a popular arthouse cinema hidden in the upper stories of Shinjuku’s Bunka building. Catch here films from around the world and the occasional retrospective. The regular price is pretty much in line with the competition, but on Monday and Wednesday, men and women (respectively) pay just 1,100 yen. 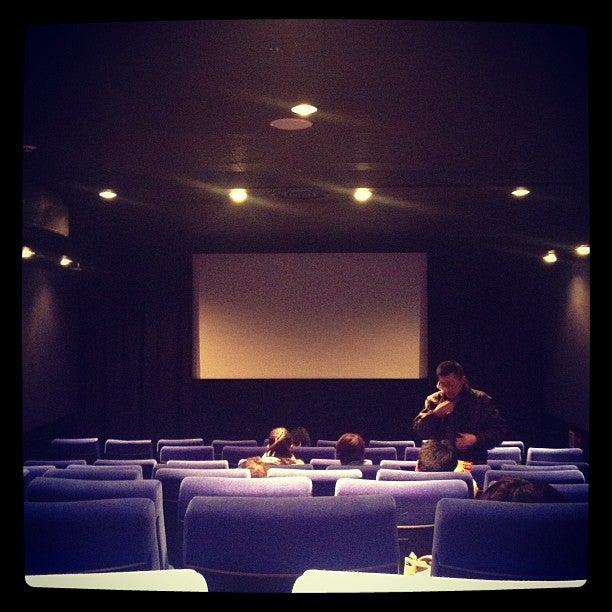 Cinema Qualite, another one for the arthouse cinema hounds, is made up of two nicely snug screening rooms, each with under 100 seats. Particularly notable for its high-quality sound system and an ever-interesting lineup of films from the most challenging directors from across the world. Annually, normally in the springtime, the cinema organises its own film festival, which in the past have included a schedule of more than 50 flicks new and old, plus many previously unseen in Japan. 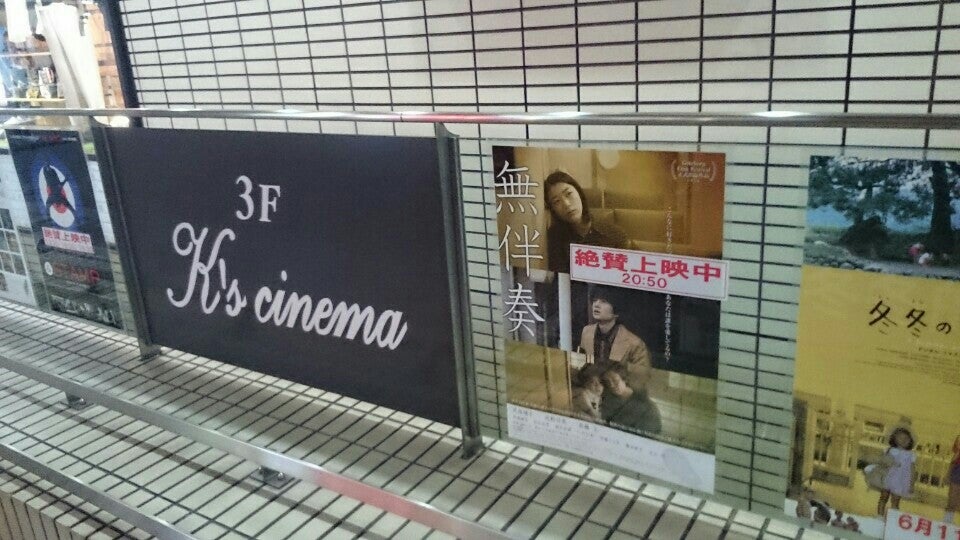 K’s Cinema is another string to Shinjuku’s arthouse bow. With just one screening room with 84 seats, there is a welcome sense of intimacy here that you won’t find in many other joints. K’s screening schedule is crammed with independent films from around the world, though there is a special focus on Asian talent. English language films are somewhat rarer here than in other places and Japanese titles are rarely subtitled. Yet, check the schedule regularly and you’ll soon find something to enjoy. 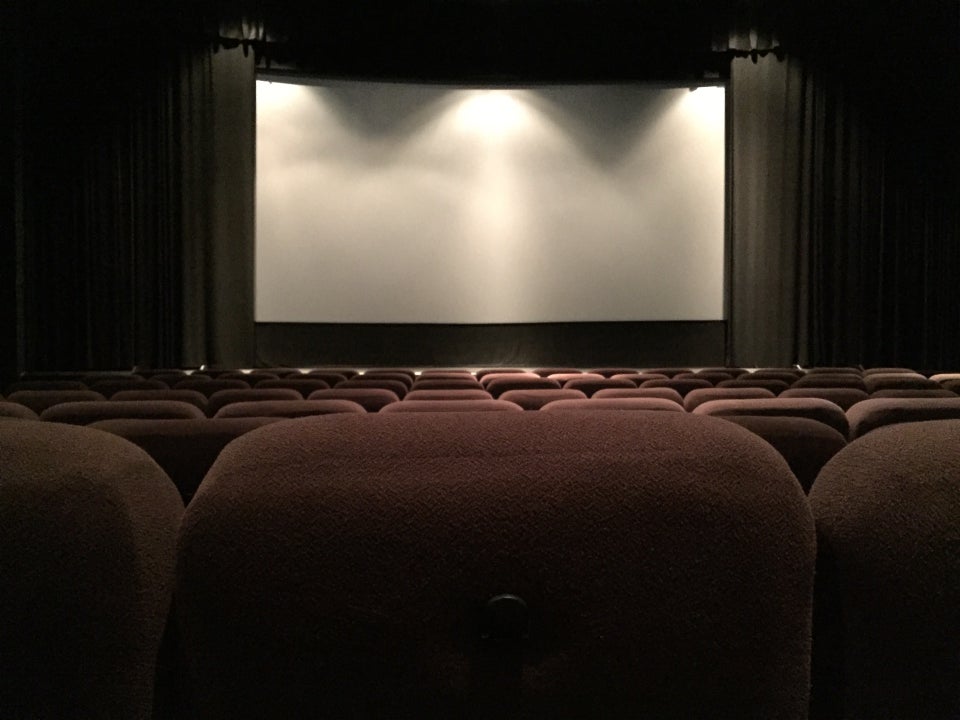 Kadokawa Cinema’s two Tokyo locations – in western Shinjuku and eastern Yurakucho – make it within easy reach wherever you are. Both spots have a nicely classic vibe, with large, comfortable seats and excellent sound systems. The film lineups are varied, with frequent English language titles. Drop by on Wednesdays or the first day of the month when ticket prices are dropped to a very reasonable 1,100 yen.

The second TOHO cinema on our list, this time in the depths of Shinjuku. A sprawling multiplex with 12 screens, booming surround sound and space-age furnishings, TOHO Shinjuku is the ultimate blockbuster picture house. You’ll know you’re there when you spot the snarling Godzilla on the rooftop. 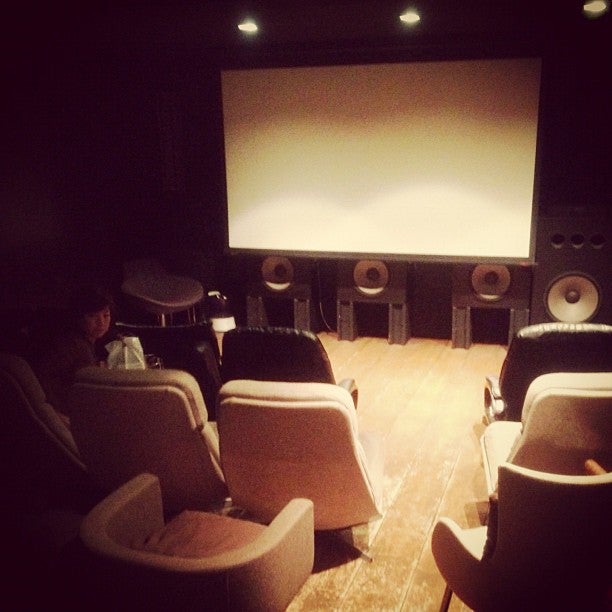 Uplink Shibuya is a cosy affair, home to three micro screening rooms each with a welcome DIY feel. The cinema shows a great mix of foreign and Japanese titles, including brand new independent and experimental films and bonafide classics. Right now (Dec 2016), catch off-beat coming of age tale Evolution, alongside a cutting-edge nature documentary from Dutch filmmaker and ecologist Ruben Smit. The space is available for private hire and also plays host to regular live events and parties. 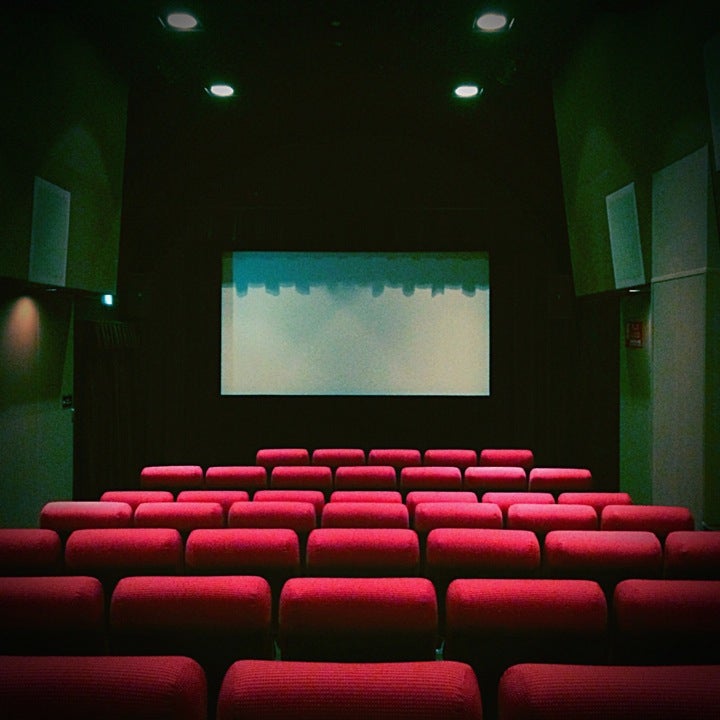 An odd lineup of independent films from home and abroad, ageing blockbusters and anime, make the two Human Trust cinemas (Shibuya and Yurakucho) a mixed bag. Both branches are pretty close to their respective stations but hidden away on the upper stories of large buildings. Good retreats on rainy days. 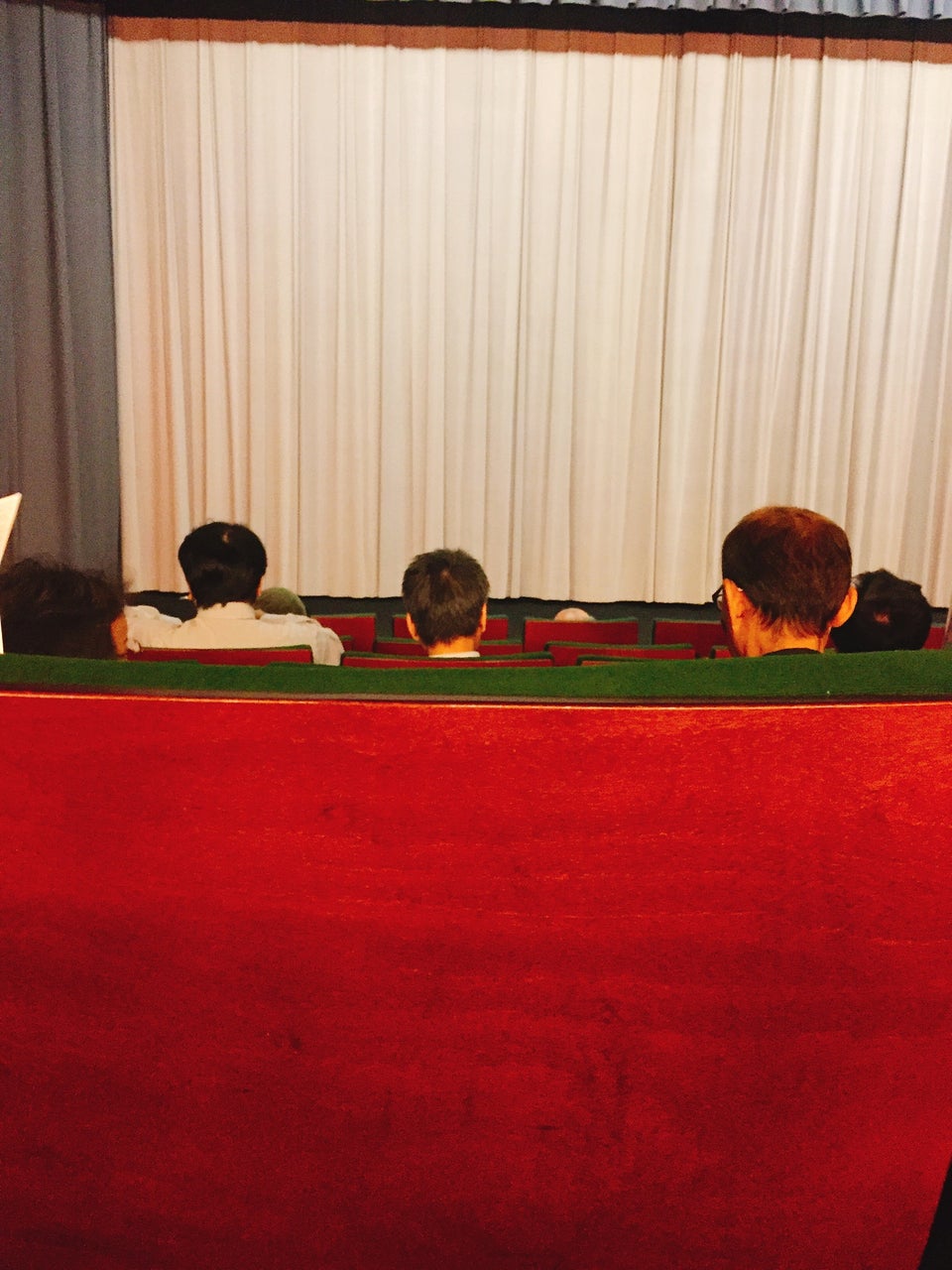 Atsushi Naito, owner of Cinema Vera, is a real film buff. His cinema mainly screens classic 20th century Japanese and Hollywood films from the likes of Ozu, Kurosawa and Hitchcock. The cinema itself, all polished concrete and clean lines, is fantastic and well worth a visit. Best of all, more often than not, screenings are double-features, meaning you get two films for the price of one. 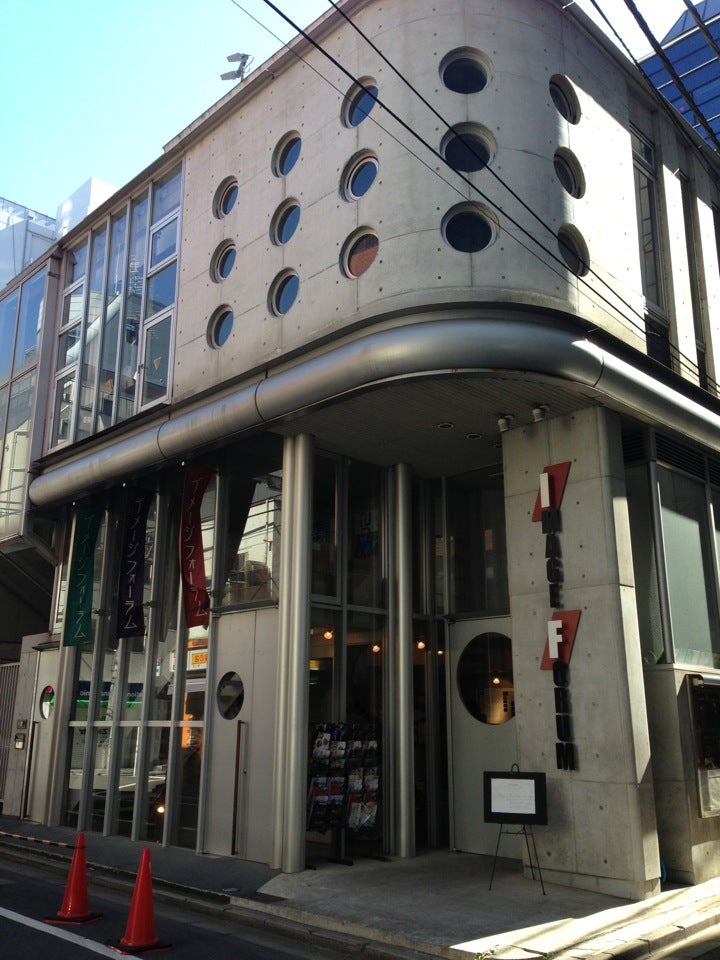 Ten minutes from Shibuya Station, out towards Aoyama, the Theatre Image Forum is a hub for fans of experimental, avant-garde and independent cinema. Recent offerings have included Laurie Anderson’s Heart of a Dog and Slavoj Zizek’s A Pervert’s Guide to Cinema. Housed in a spaceship-esq corner building, you won’t have too much trouble finding it. 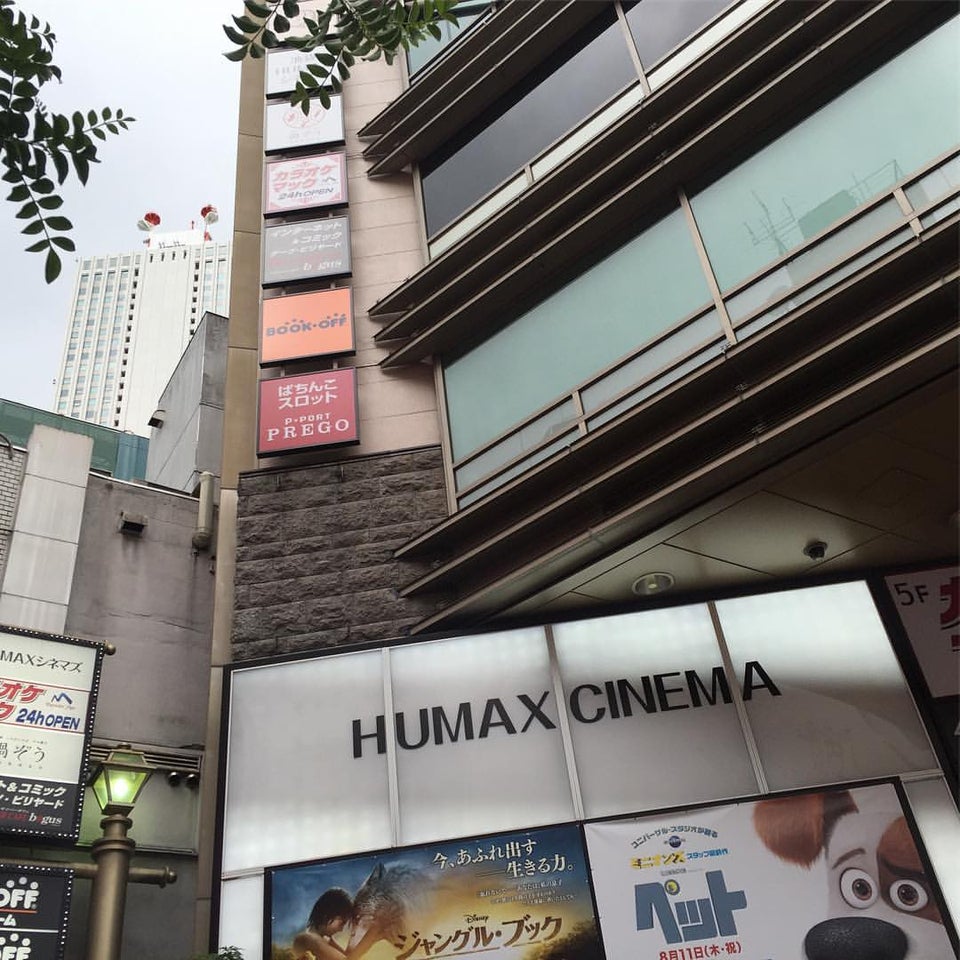 Right next to Shibuya’s Seibu department store and the Modi mall, Humax Cinema is conveniently located for catching a flick when you’re in the area. The cinema boasts a utilitarian schedule of throwaway blockbusters and films that are a little more off the wall. The interior is comfortable and an impressive range of refreshments can be found in the lobby. 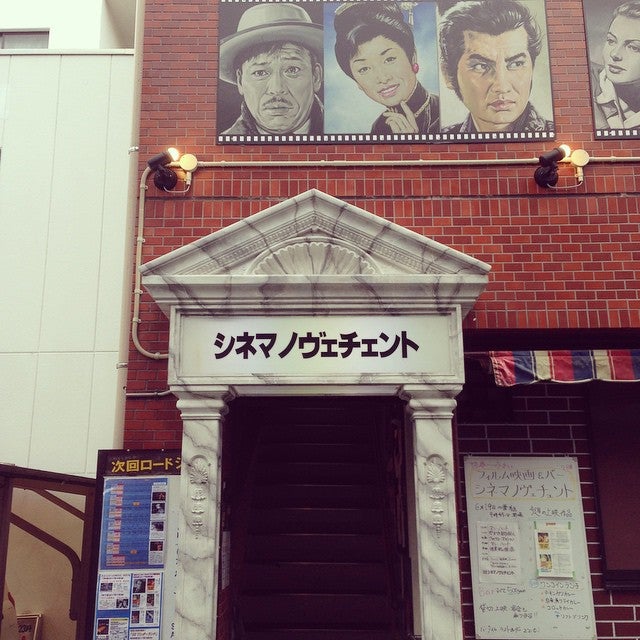 Opened in 2015, Cinema Novecento is the Tokyo area’s latest addition to its already impressive cinema collection. Novecento screens just 35mm and 16mm films, has room for just 28 people at once and specialises in old school classics and esoteric B-movies – this is, undeniably, a place for dyed in the wool film freaks. As well as screenings, check the website for details on regularly held workshops and special events. 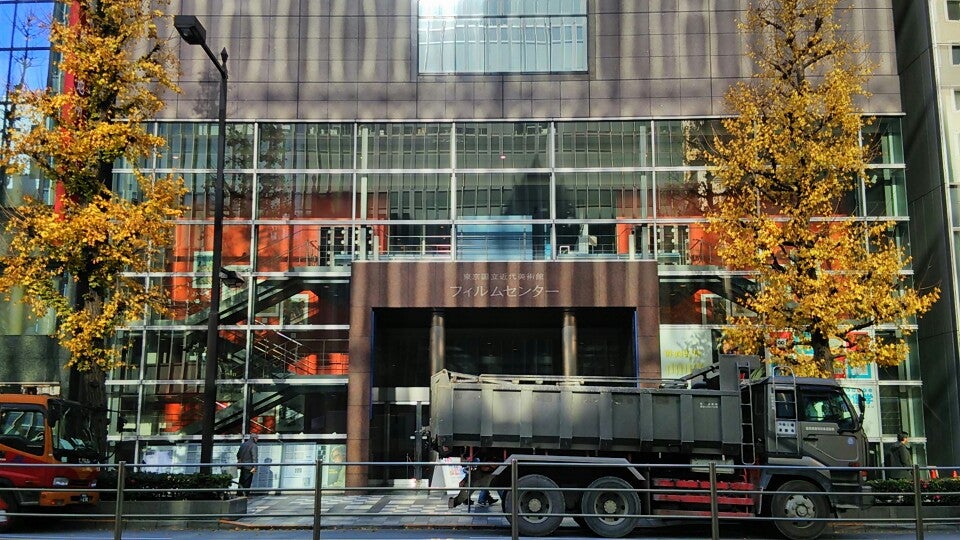 The National Film Center is Japan’s primary organisation for the preservation and promotion of the countries film history. As well as exhibitions and workshops, the National Film Center also hosts regular screenings of films from Japan and abroad. Films screenings are usually linked to a wider theme, whether a specific cinema movement or period of time. Admission is cheap, but be sure to get there early as tickets are given out on a first-come-first-served basis.

More on Tokyo from Compathy Magazine.