Cosplay is now big business in Japan, a whole world of conventions, events and dedicated stores cropping up around it. To get cosplaying in Japan, be sure to read our guide.

Cosplay, neatly, comes from the contraction of the words costume and play. Cosplay fans, or cosplayers, see Japan as their subculture’s homeland, and indeed, it was here that the craze was birthed. Typically, cosplayers dress up as specific characters, finding inspiration in manga, anime and, increasingly, from sources such as video games, television and movies.

Cosplaying is now big business in Japan, with swathes of stores selling all the outfits and accessories necessary to get involved and turn a few heads, huge events dedicated to the scene and the entry of dozens of world-famous cosplayers into the popular consciousness. Our guide to cosplay in Japan will act as an introduction into this world; acquainting you with the best cosplay stores, the biggest events and providing a who’s who of the cosplay A-list.

If you’re more interested in manga and anime, take a look at the articles below:

The Ultimate Guide to Manga Cafes in Japan

From a simple mask to an artful and painstakingly designed costume, cosplaying is endlessly adaptable. In anticipation of big events, many cosplayers will spend hours putting together an outfit, whether hand making it or buying the components from a store. To take part in an official cosplay competition, however, it is necessary that your costume be hand-made and totally original. In addition to clothing, accessories such as wigs, colourful contact lenses and temporary tattoos may also be incorporated.

Once an outfit is donned, many will also complete the transformation by adopting the character and behaviour of their chosen character. Cosplaying conventions can, therefore, be otherworldly experiences that bring fiction to life.

If you’re coming to Japan and want to join in, below find a comprehensive list of some of the best cosplay stores around. Although our list focusses on Tokyo, similar stores can be found in towns and cities throughout the nation.

Good for all-in-one costumes at reasonable prices, Don Quijote is where to head for a quick solution in a cosplay emergency. Nothing too obscure here, but solid outfits and accessories based around favourites like Naruto, Dragon Ball and Sailor Moon. Prices vary but generally around 10,000 to 15,000 yen.

Head up to the fifth floor of the Acos Akiba Zone Building where you’ll find a good range of quality cosplay merch. Not only will you find a good costume selection, but a decent range of wigs too.

One of Akihabara’s best cosplay stores, Cospatio Gee! is a good destination for newbies and old-hands alike. A full range of products suitable for all price ranges, the store will also order you anything you can’t find. Don’t be afraid to talk to the staff, they know their stuff.

One for the bargain hunters, Mitsubado Akihabara stock a plentiful selection of second-hand costumes and bargain-basement accessories. Some items are priced at less than 1,000 yen and all sizes are available.

Located on the second and third floor of the Animate building in Ikebukuro, the store provides for all your cosplaying needs. The second floor is all about the costumes while on the third you’ll find a range of wigs, accessories and props.

Located at the end of Ikebukuro’s famous Otome Road, this is a real cosplay megastore, with a solid range of  costumes, wigs and random paraphernalia.

Located on the second floor of Nakano Broadway, an old school shopping arcade, Mandarake is a trusted name in cosplaying. A great range for all budgets and men and women both.

In the past decade or so, conventions and events dedicated to anime, manga, cosplay and a whole lot more from the world we would cautiously term otaku (geek) have sprung up around the world. The best, of course, take place in Japan. Even if not strictly cosplay orientated, a lot of attendees at these events simply can’t help getting dressed up for the occasion.

Comiket, or Comic Market, is one of the largest events within the anime, manga and cosplay matrix. Taking place twice yearly on Odaiba, an artificial island off Tokyo, the three-day event attracts thousands of revellers, all there to indulge their interest among those of a like mind. The cosplay on display is always impressive, and most people will be more than happy to pose for photos.

The grandly titled World Cosplay Summit won’t let you down. This Nagoya event brings in cosplayers from around the globe, and ultimately crowns the “Ultimate Cosplay Champion”.

A panel of cosplay luminaries judge contestants on criteria including the craftsmanship of their costume, their performance, the faithfulness of the outfit to the original and its overall impact. This is the ultimate cosplay event, miss it at your peril.

The largest anime event in Japan, Anime Japan is another unmissable event for any self-respecting otaku. The 2017 event coincides with the 100th anniversary of the birth of anime, making it especially significant. The convention includes showcases, events, stalls and the chance to get your hands on the latest goods. Inevitably, cosplayers descend on Anime Japan heavily.

An event honouring the legacy of the legendary Shonen Jump Magazine, an anthology of all things manga, Jump Festa is a showcase of the whole scene. Pick up some fresh new manga, play some cutting edge video games and, importantly, get involved the with cosplaying. 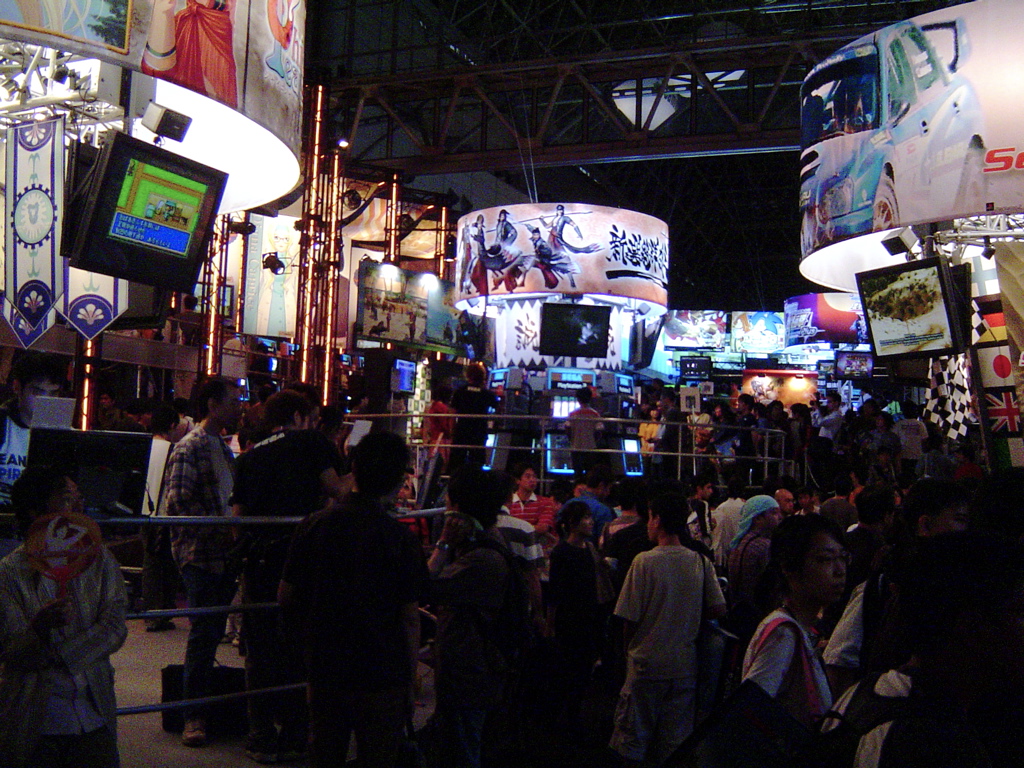 The biggest video game event in Japan, and one of the biggest of its kind in the world, the Tokyo Game Show is hotly anticipated each year. With demo areas for yet to be released games, unsurprisingly, with a special emphasis on Japanese developers; showcasing of experimental games tech; plenty of merchandise and of course, a lot of video game character cosplay, don’t let this one pass you by.

Coming in sharp contrast to traditional Kyoto beyond, the Kyoto International Manga and Anime Fair plunges visitors into the alternate reality of anime and manga. Helping this is the large number of cosplayers you’ll find here. Happily, foreigners with a passport get in totally free.

Queen Cosplay. In the game for 20 years now, Yaya Han is a real leader in the field, her amazing costumes acting as inspiration for the hordes of aspiring cosplayers. Often invited as a special guest at events and conventions, she’s a real cosplay celebrity.

Marie-Claude Bourbonnais is a French-Canadian cosplay model who started out in 2009. Making her own costumes and often appearing at international events, she’s another A-lister.

Famed for her Juliet Starling from Lollipop Chainsaw outfit, Jessica Nigri is another famous non-Japanese cosplayer. You’re sure to see her image around should you find yourself at an event.

As well as being one of the cosplay scene’s biggest stars, Alodia Gosiengfiao is at the head of her own cosplay empire which includes a clothing line, her own beauty products and a games company.

Born in Korea and often described as a K-Pop group, Spiral Cats are most famous for their original cosplay style. They can often be found at major conventions.

Your Guide to Japanese Sports