Glitzy Roppongi has a thriving food scene waiting to be discovered. Our handy guide to the top 25 Roppongi restaurants will show you the way. 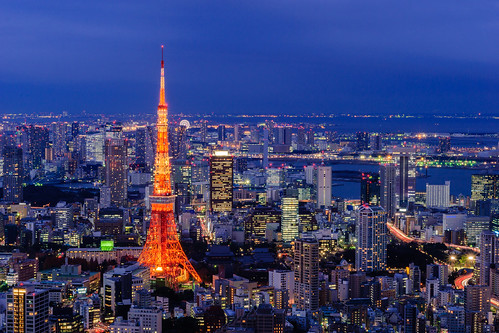 Roppongi is a popular entertainment district in Tokyo, famous for its vibrant nightlife, chic bars, clubs and restaurants. The district is also known for its luxurious fashion boutiques and Roppongi Hills, a contemporary and highly exclusive complex featuring residential space, offices, restaurants, a hotel and even an art museum.

Naturally, the neighbourhood’s glitzy reputation and cosmopolitan vibe have created a thriving restaurant scene. Below, find a guide to the best of it. If you’re on a budget or a little picky, fear not, our Roppongi restaurant guide has something for all. 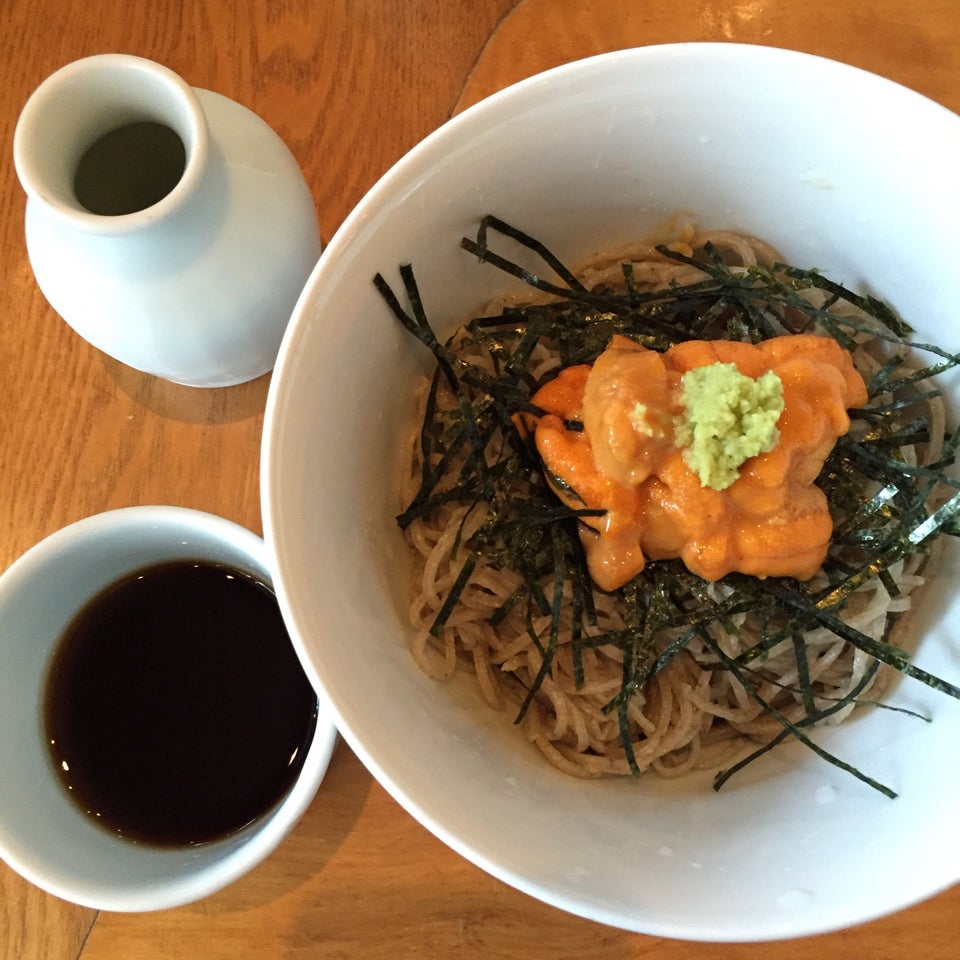 Honmura An is a Michelin-starred soba (buckwheat noodles) restaurant located near Roppongi Station. Honmura An first opened in New York but closed down in 2007 when Koichi Kobari, the owner, decided to move back to his home country.

Honmura An is known for pulling off a rare feat in using almost 100% buckwheat flour when preparing their famed noodles. Buckwheat flour has a tendency to fall apart if not mixed with regular flour, meaning most soba restaurants tend to use a hybrid, but not Honmura An. The heightened taste is a soba sensation. 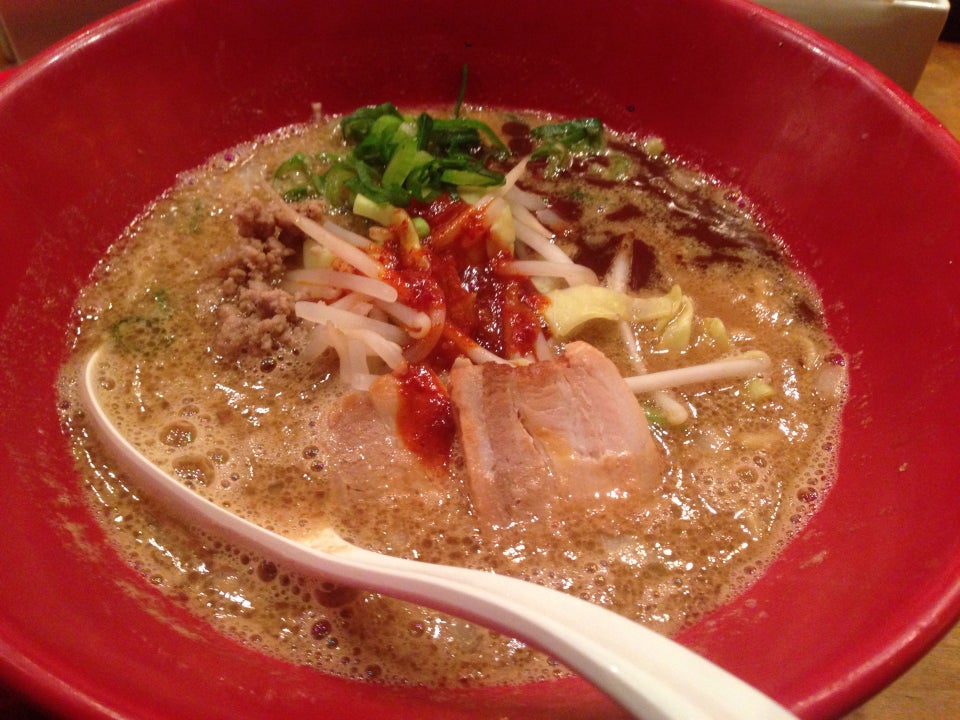 Ippudo is a global ramen chain restaurant with over 80 shops spread throughout Japan and further afield in countries including China, the UK and France. For a relatively affordable price in one of the most luxurious neighbourhoods in Tokyo, you can taste the rich flavour of Ippudo’s tonkotsu (pork broth) ramen and their crispy gyoza. 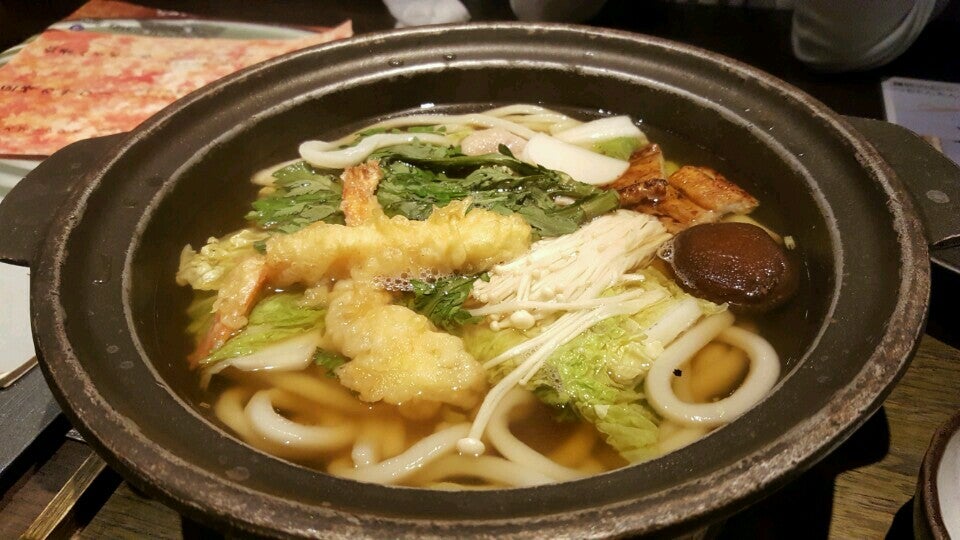 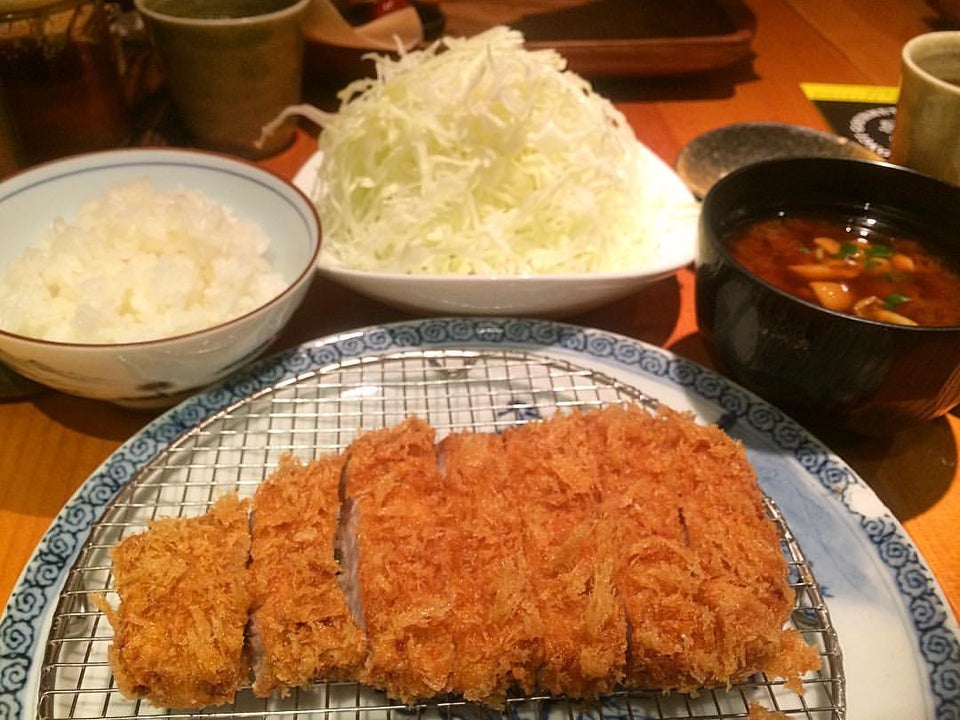 Butagumi Shokudo or Butagumi Dining is conveniently located in the basement of the Roppongi Hills North Tower and directly connected to the station. The counter seating around an open kitchen allows customers to glimpse their food being prepared, which is a show in itself. The rice, cabbage and miso soup are all-you-can-eat, meaning you’re unlikely to go hungry here. 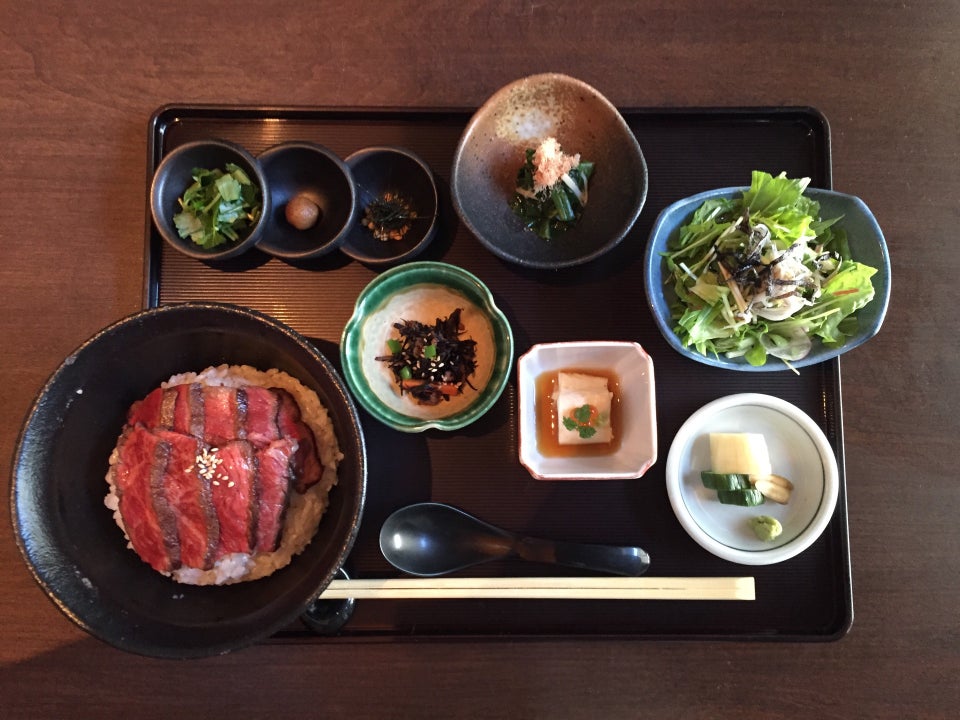 Matsurokuya is famous for its 1,500 yen Wagyu beef lunch set, consisting of a bowl of rice topped with slices of grade A5 Japanese beef, plus salad, tofu, pickles and several other seasonal Japanese side dishes. Limited to 30 dishes per day, ensure you get there ahead of time to secure your premium beef lunch. 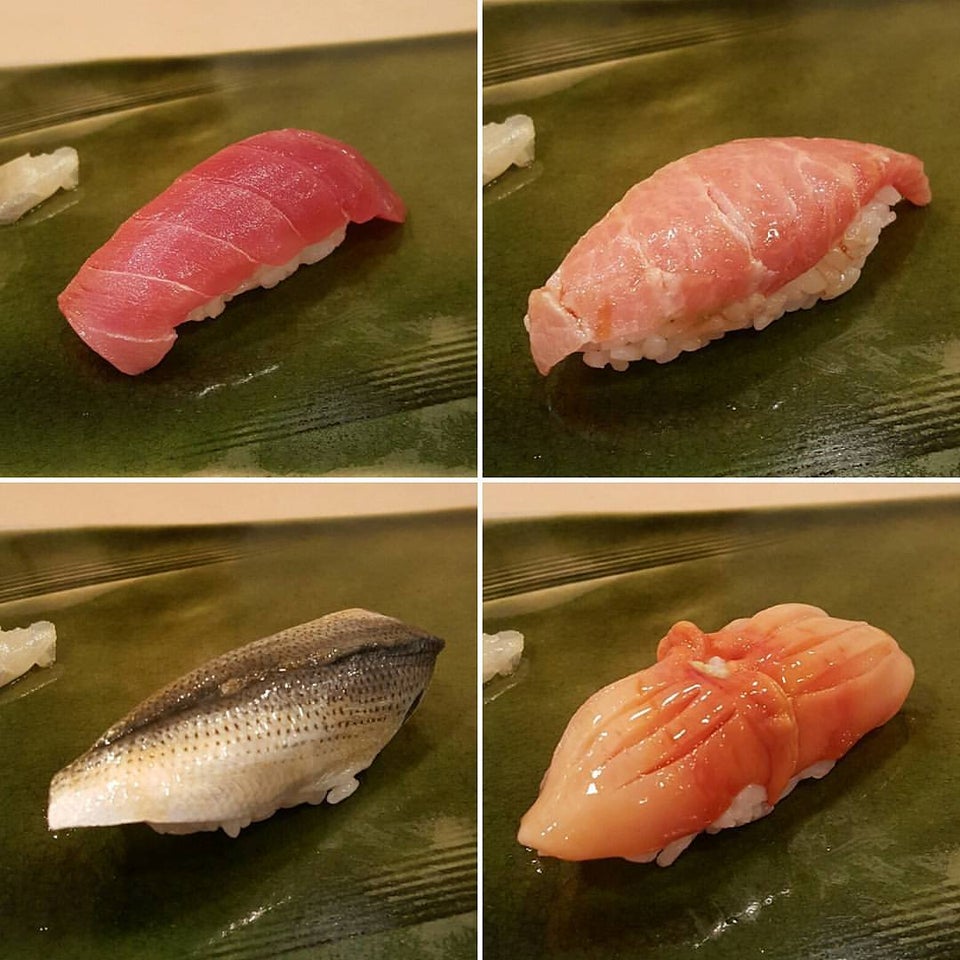 Sushi Sukiyabashi Jiro at Roppongi Hills is run by Takashi Ono, the second son of the legendary sushi master, Jiro Ono. Considered one of the best sushi restaurants in Japan, the main restaurant in Ginza has been awarded three Michelin stars. Jiro is especially famous for hosting president Obama and prime minister Abe in 2014. Takashi Ono, a two-starred sushi master himself, continues his father’s legacy in Roppongi.

Located on the fifth floor of Roppongi Hills, Sushi Seizan is a convenient lunchtime sushi option. Using only carefully selected fish from Tsukiji Fish Market and with a wide-ranging and relatively cheap menu, this is a solid choice for all. An English menu, private rooms and reservation are all available. 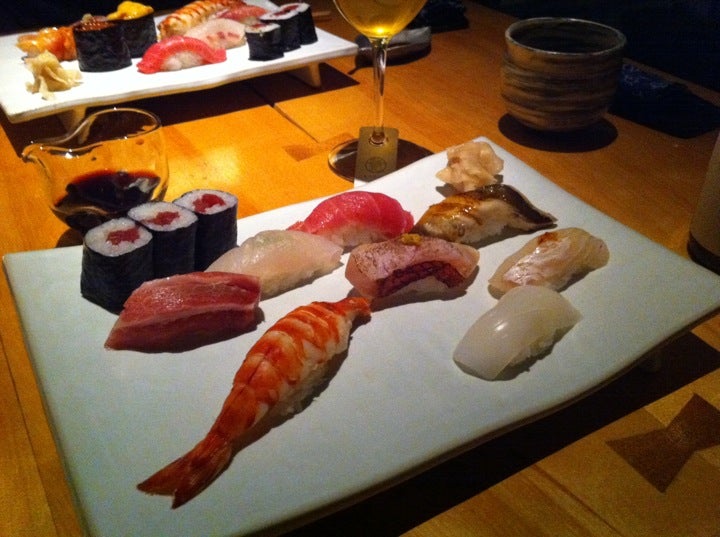 Located in the Grand Hyatt Tokyo, Roku Roku is a classy sushi restaurant with a modern Japanese interior. The wooden furnishings and large window walls lend the restaurant a brilliant warmth. For those not wanting to splash too much cash, make sure you visit for lunch when the prices are greatly reduced. 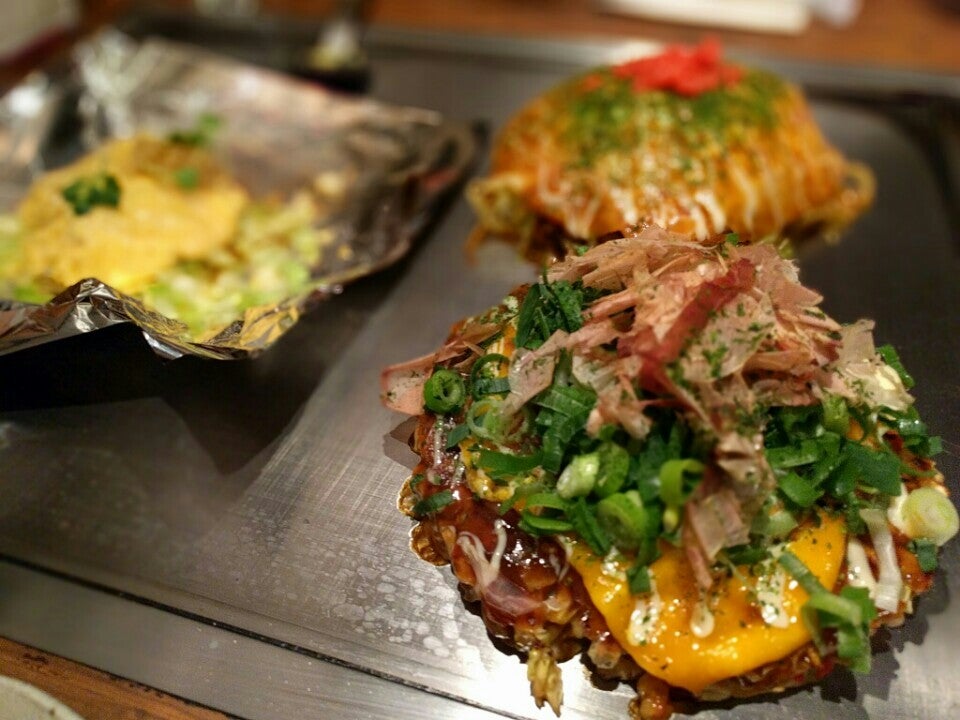 Founded in 1991, Gottsui is a teppanyaki restaurant located within 5-minutes of Roppongi Station on foot. Teppanyaki, for those unaware, involves preparing food on an iron griddle, often done in spectacular style. The Japanese-style pancake okonomiyaki is the speciality here, although, with staff fluent in English, ordering whatever you like shouldn’t be a problem. 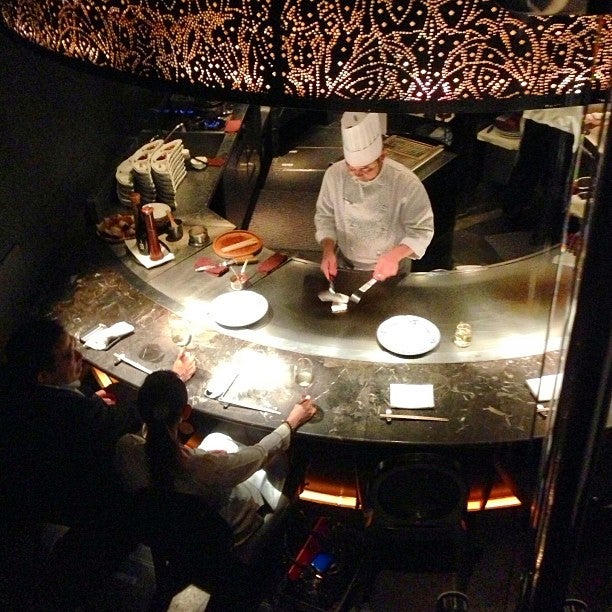 Just 7 minutes from Roppongi Station, Atelier Morimoto XEX is a classy ‘multi-dining complex’, perfect for a special night out. XEX features three unique dining areas – the teppanyaki counter, the sushi counter and the lounge bar – which guests are able to pick and choose between. Start off with some fatty tuna sashimi before moving onto some perfectly grilled Kobe beef, the choice is yours. 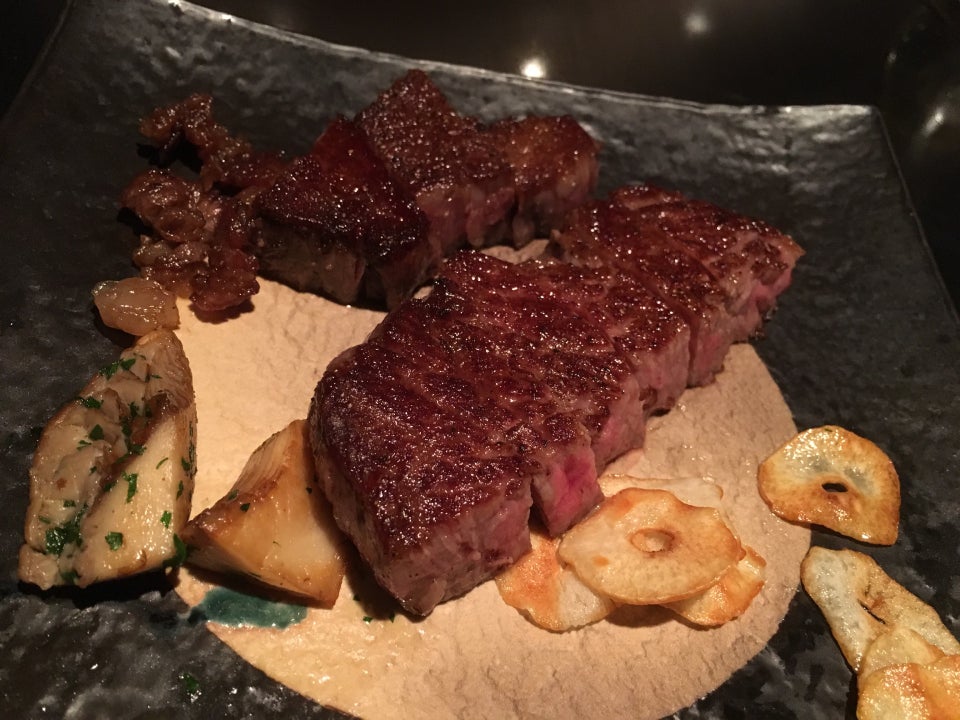 Mon Cher Ton Ton is a high-end teppanyaki restaurant near Roppongi Station Exit 5. From lobster to scallops, Kobe beef and various vegetables, Mon Cher Ton Ton will give you one of Tokyo’s best teppanyaki experiences going. The circular iron griddle counter puts you in the heart of the action, and though pricey, the quality of the food and the overall experience makes it well worth it. 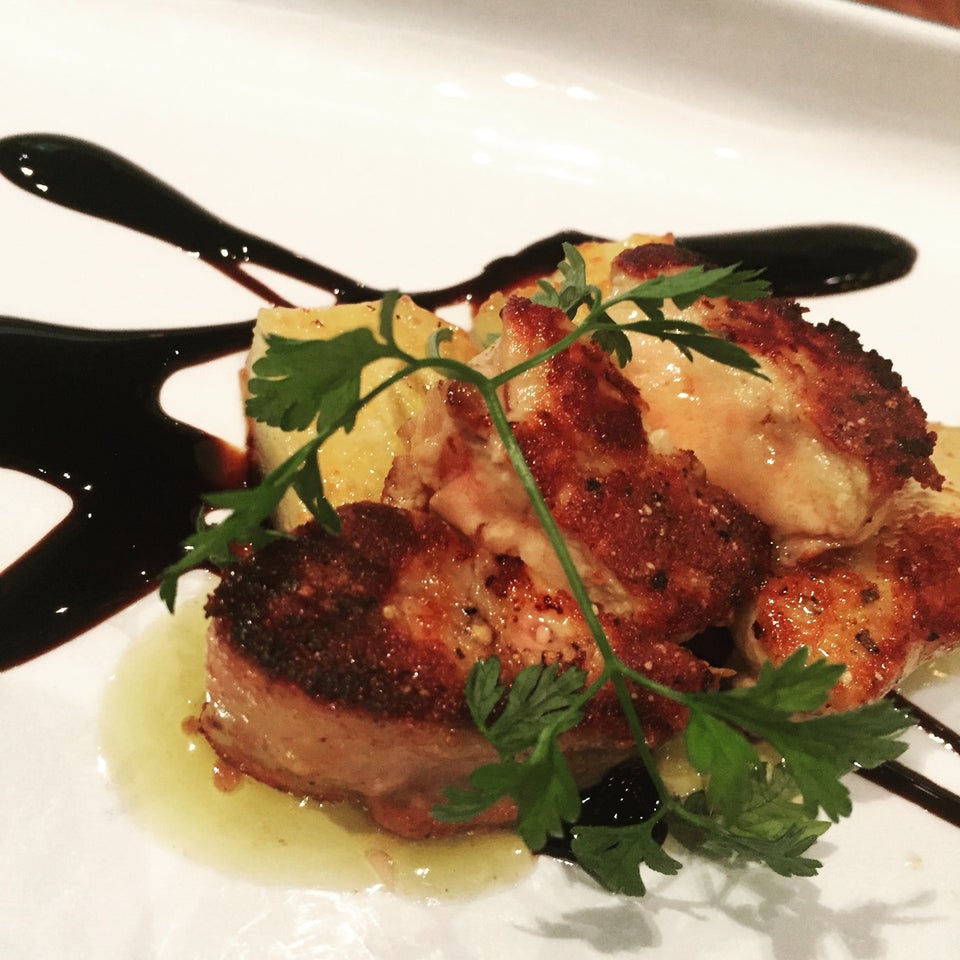 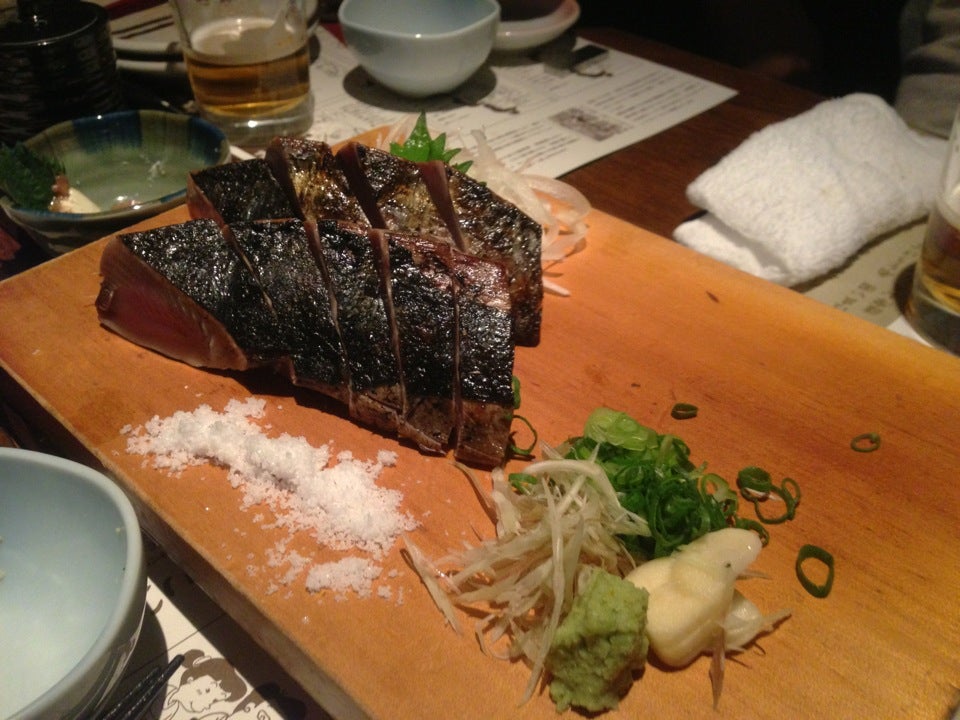 Warayakiya is notable for using a unique cooking method originating from Kochi Prefecture in Shikoku. Grilling its meat and seafood at around 900°C over straw instead of charcoal, the results are divine. Try the seared bonito served with garlic, scallions, sea salt and wasabi for the ultimate experience. 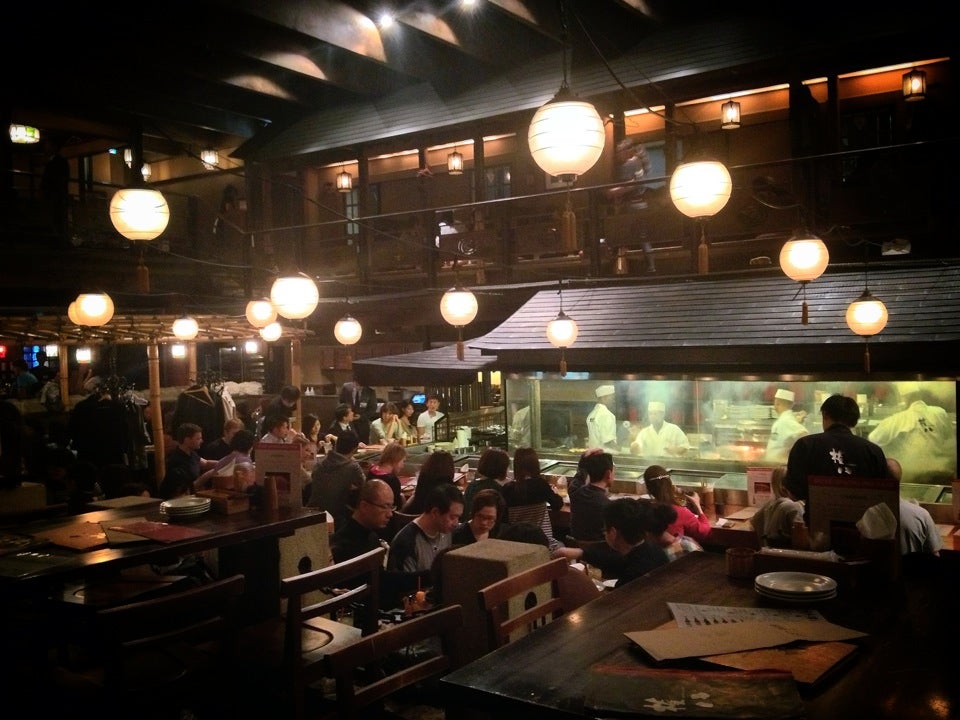 Located in the Nishiazabu district, just 10 minutes from either Roppongi Station or Nogizaka Station, Gonpachi is also known as the “Kill Bill Restaurant”. The unique canopy adorned with paper lanterns and the dark-wood Edo-era style impressed Tarantino so much that it became the inspiration for the setting of the famously brutal fight scene between Uma Thurman and Crazy 88. Unsurprisingly, this place is a hit with tourists. 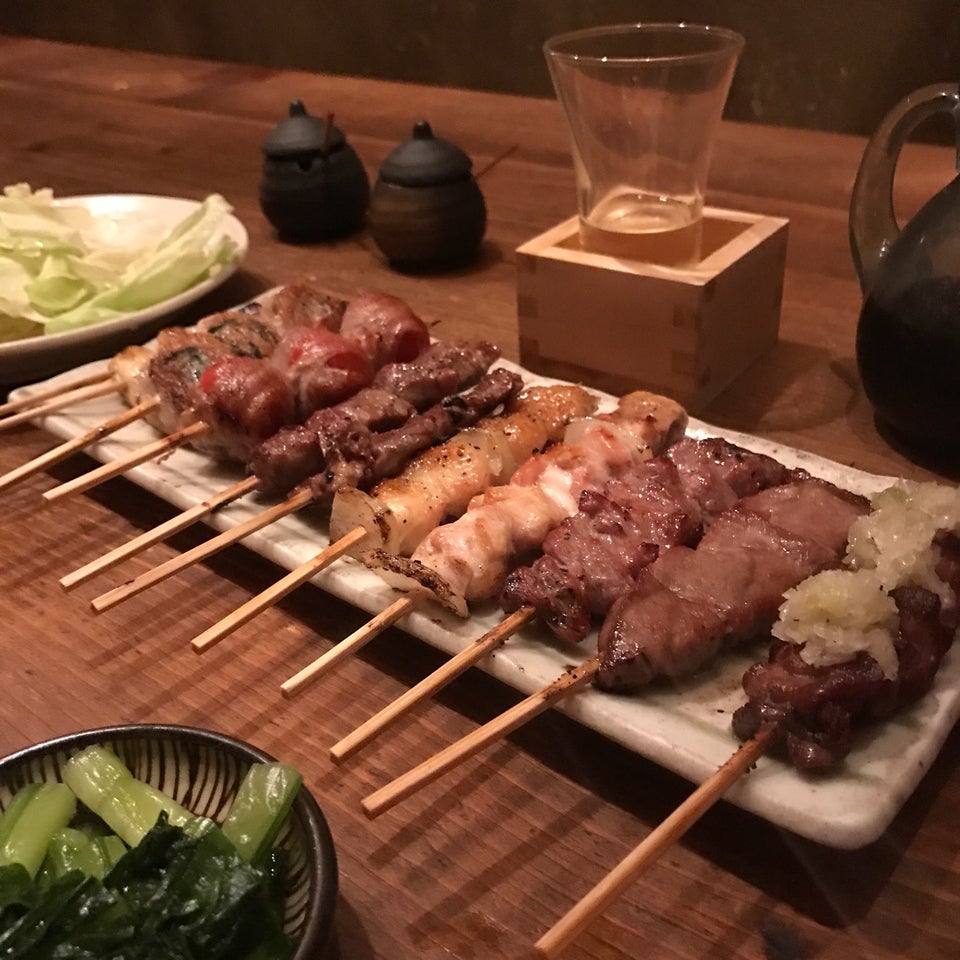 Located just a few blocks from Roppongi Hills, Jomon Roppongi is a small izakaya that specialises in yakitori (grilled skewered meat). This traditional joint also stocks a good array of sake and shochu for you to indulge in. Choose one of the daily specials for a taste of something a little out of the ordinary. 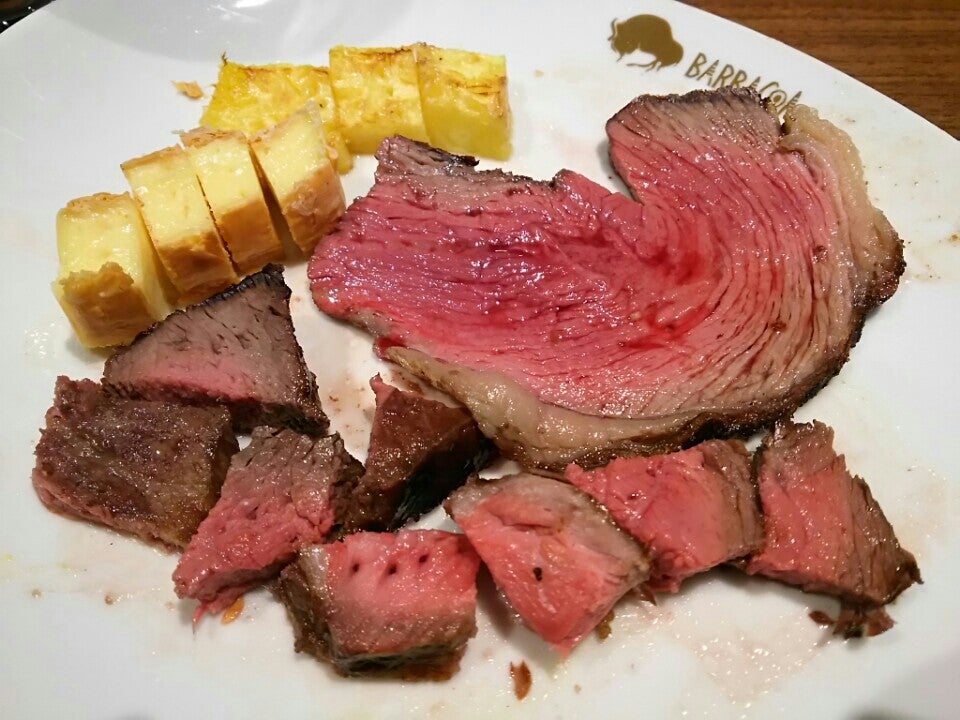 Located on the fifth floor of Roppongi Hills, Barbacoa specialises in Brazilian barbeque: churrasco. With branches in Roppongi Hills, Shibuya and Shinjuku as well as two other locations, Barbacoa is every-popular with carnivorous diners. Skewered and barbequed before being seasoned with rock salt and served in slices, the flavour is hard to beat. 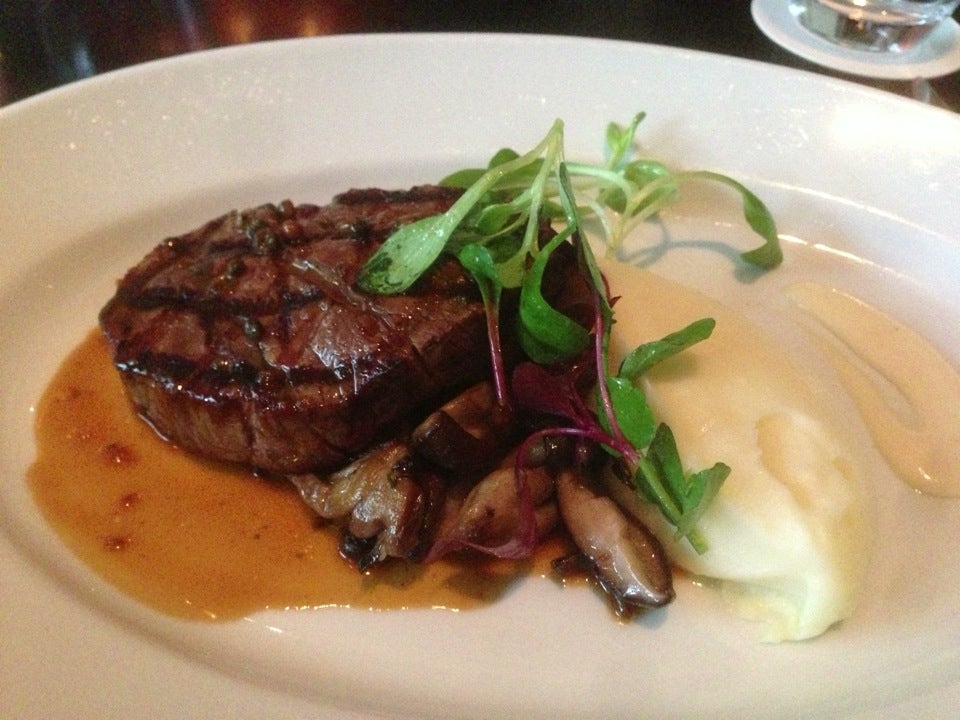 Located on the sixth floor of the Grand Hyatt Tokyo, The Oak Door specialises in premium quality steaks (including Wagyu and Angus) but also serves a good range of fresh seafood, burgers and an American-style brunch menu is available during the day. The restaurant features bar, table, private room and terrace seating.

If you’re looking for a good quality western restaurant in Tokyo, you should definitely check out Roti Roppongi. Located on the first floor of the Piramide Building, Roti Roppongi is open daily for lunch and dinner, as well as for brunch on weekends. Serving everything from classic American-style burgers to roasted chicken, steaks and delicious desserts, plus, special holiday meals over Thanksgiving and Christmas, if you’re hungry and homesick, there’s no better place to be. 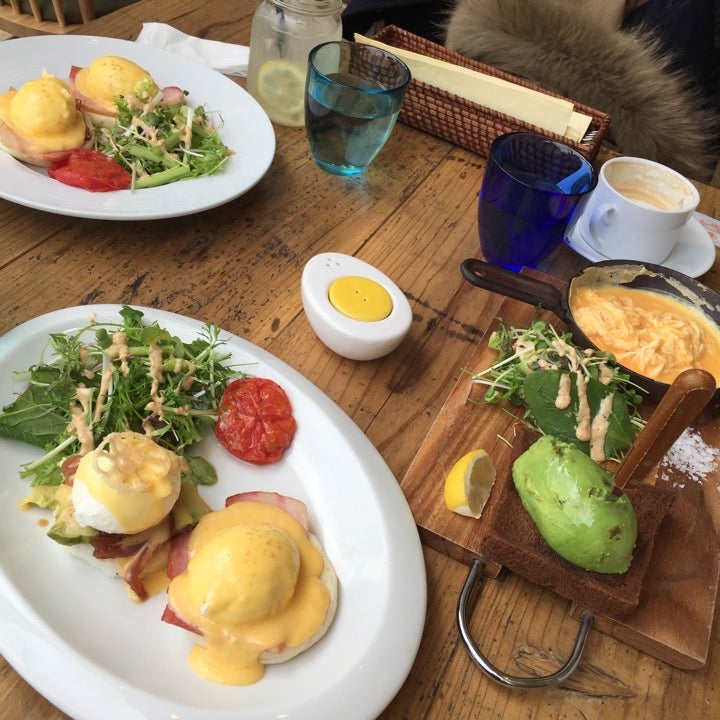 Located inside Hollywood Plaza, Roppongi Hills, Eggcellent uses organic eggs that are hand-selected daily from over 30 different farms. Eggcellent specialises in healthy American-style breakfasts, with popular menu items including Quinoa Benedict, Coconut Pancakes and Eggcellent Salads. Opening at 7 o’clock on weekdays and 8 o’clock on weekends, Eggcellent is the perfect place to kick off your day in Tokyo. 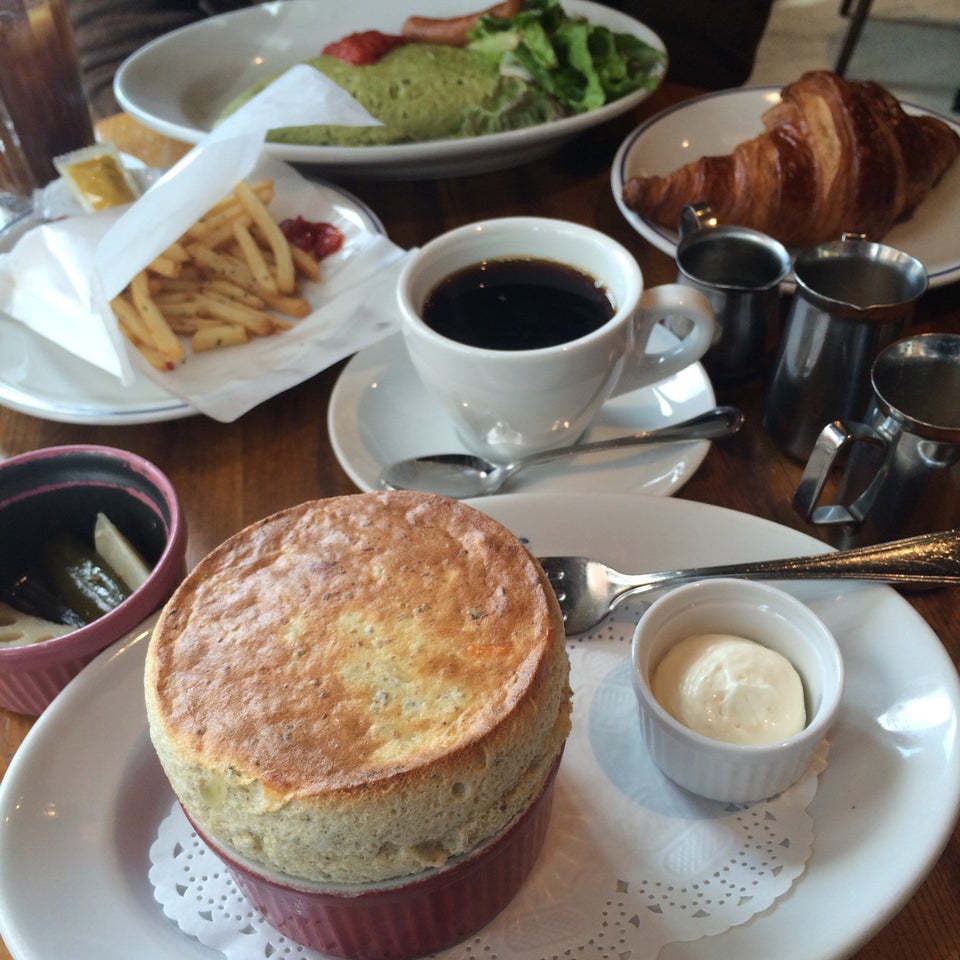 Located right across the street from the Grand Hyatt Tokyo, Lauderdale is a luxurious western food restaurant specialising in breakfast and brunch. Available only on weekends and holidays, the brunch menu is more extensive than the regular breakfast menu, tempting diners with dishes from simple omelettes and pancakes to croissants and soufflé. 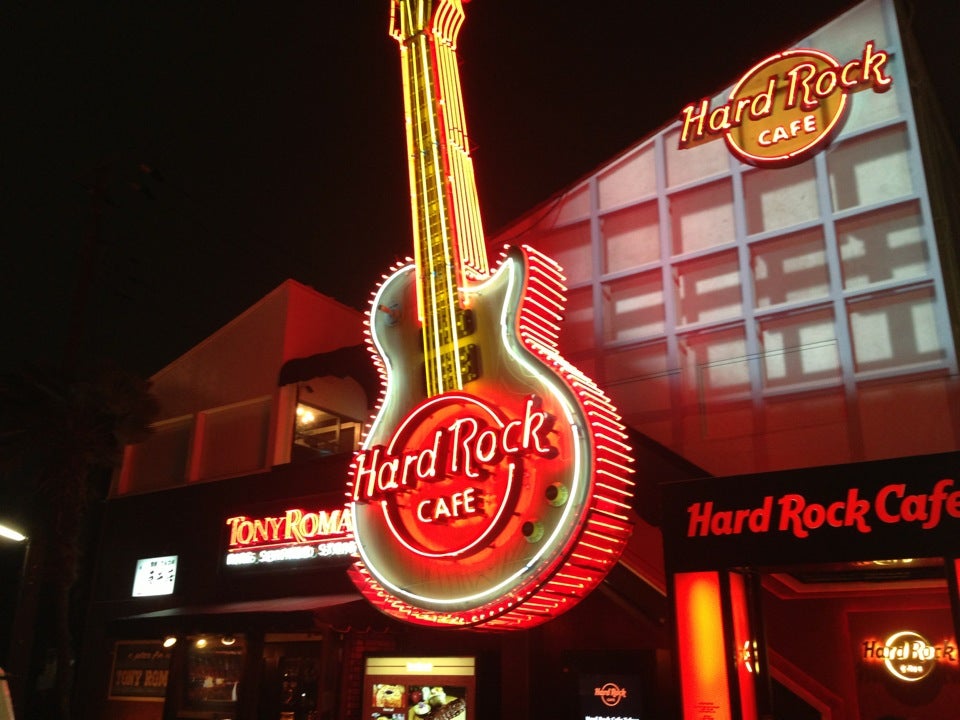 First opened in 1971 in London, Hard Rock Cafe is now the world’s most recognisable rock’n’roll theme restaurant with over 200 branches in 60 different countries worldwide. As is customary, within the Tokyo branch you’ll find an impressive array of music memorabilia, including a Guns N’Roses drum head and a pair of boots worn by Elvis. As for the food, you’re in safe hands, Hard Rock Cafe priding itself on the quality of its food wherever you are in the world. 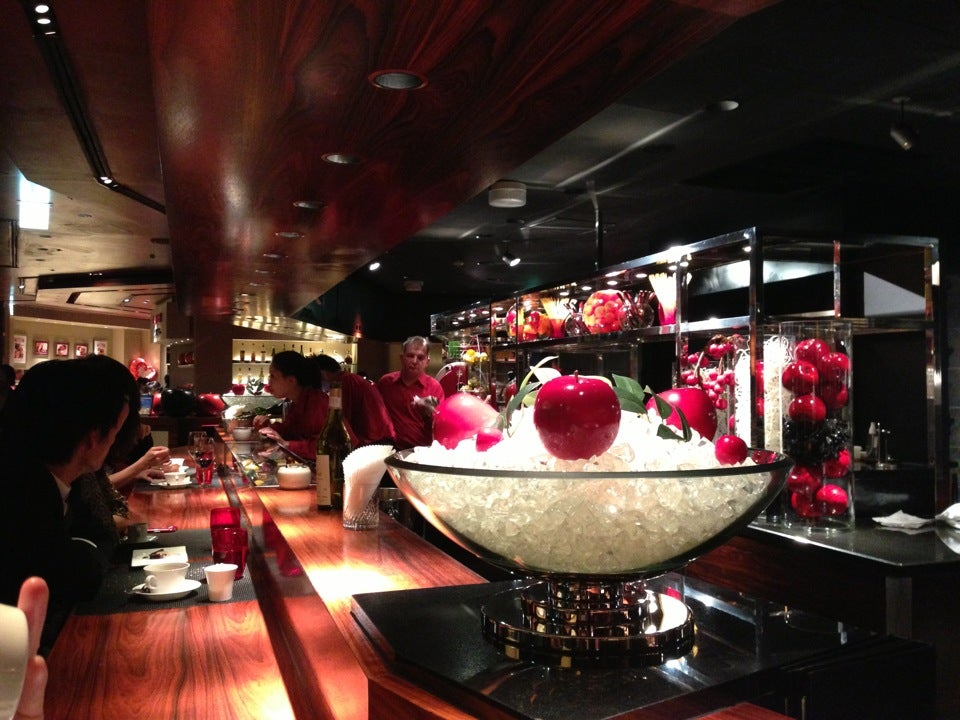 23. The French Kitchen (the Grand Hyatt) 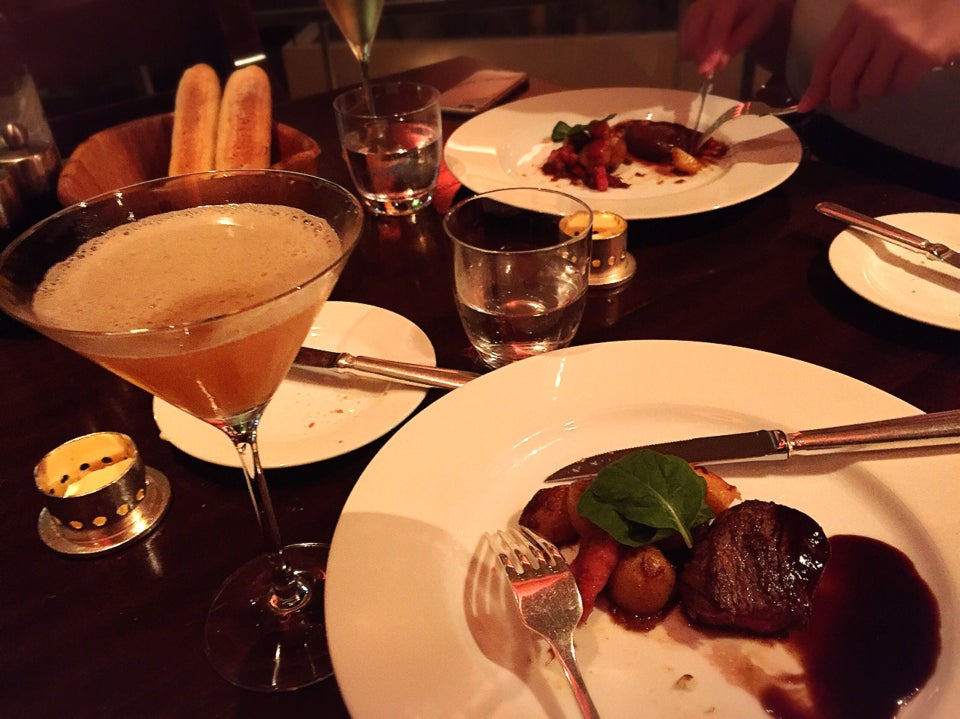 The French Kitchen is a highly authentic French restaurant located on the second floor of the Grand Hyatt Tokyo. The French Kitchen gives customers the choice between a well-designed set menu or an a la carte option at breakfast, lunch and dinner. With an open terrace, private rooms and a wine bar, whatever the occasion, The French Kitchen will not disappoint. 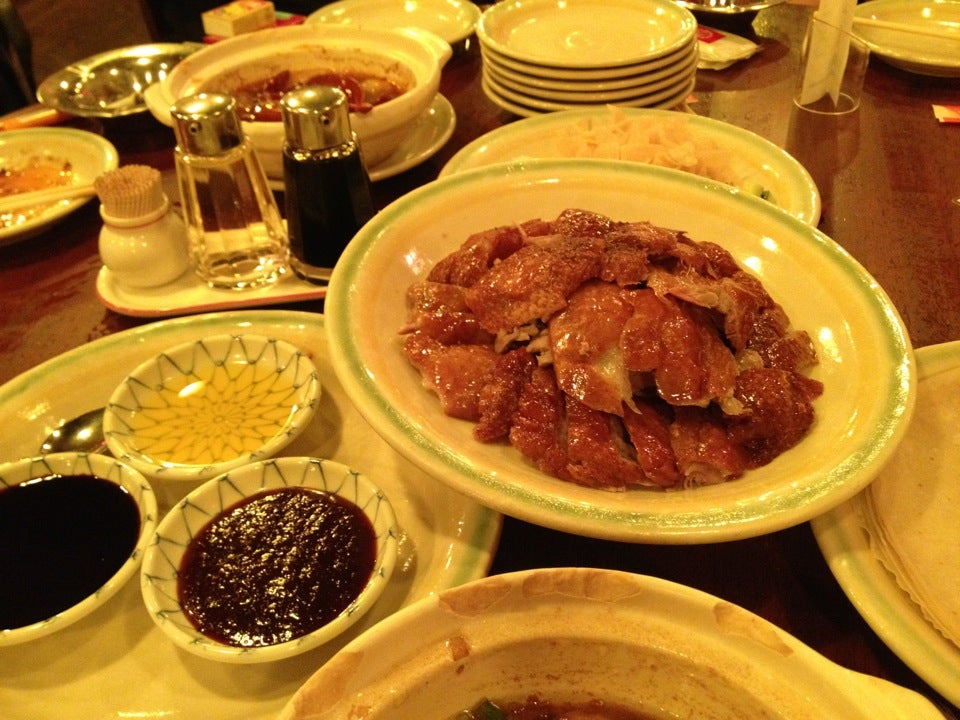 Chinese Cafe Eight is one of the few authenticly Chinese restaurants in Tokyo. Besides Peking duck, the restaurant’s speciality, Chinese Cafe Eight serves over 300 dishes of affordable but delicious Chinese cooking. With seven branches, all designed with unique interiors and boasting a buoyant atmosphere each night, whichever you choose you’re in for a good time. What’s more, being open 24/7 means you can pop in at any time that suits you. 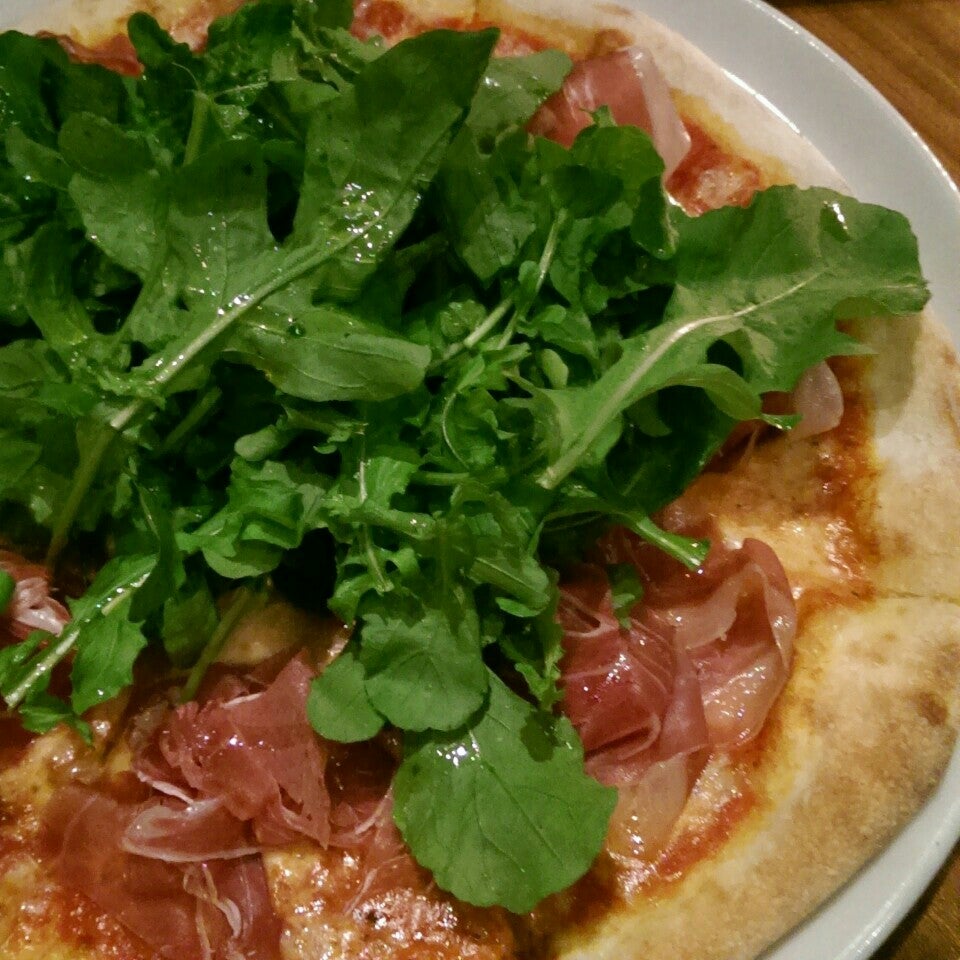 Located on the lobby floor of the Grand Hyatt Tokyo, Fiorentina is an Italian restaurant with a modern interior and open terrace seating. Pizza, pasta, risotto, whatever you choose, Fiorentina guarantees the freshness of its ingredients and the quality of each finished dish. The restaurant serves breakfast, lunch and dinner and is open every day.

More on Tokyo from Compathy Magazine