Top 21 Things to Do in Kamakura

Kamakura, the city of Zen, is awash with history, culture and lush nature. Discover the best of it with our guide to the top things to do in Kamakura. 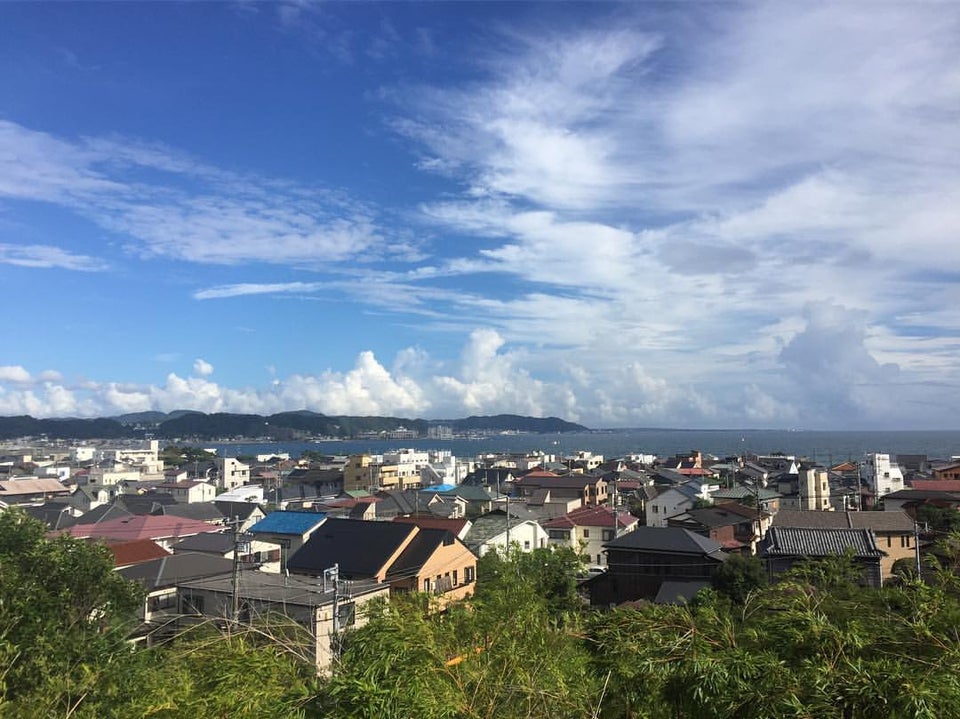 Only an hour away from Tokyo by train, the city of Kamakura is a small coastal town in Kanagawa Prefecture, Japan. In the late 12th century, the city became the political center of Japan when Minamoto Yoritomo established the Kamakura government, the first military regime in the history of Japan.

From Zen Buddhist temples and shrines to Kamakura era (1192 – 1333) historical sites and the beautiful Kamakura beaches, the small city has so much to offer. Don’t be thrown off by the sheer number of attractions available, we’ve got a complete guide to the best things to do in Kamakura, all right here. 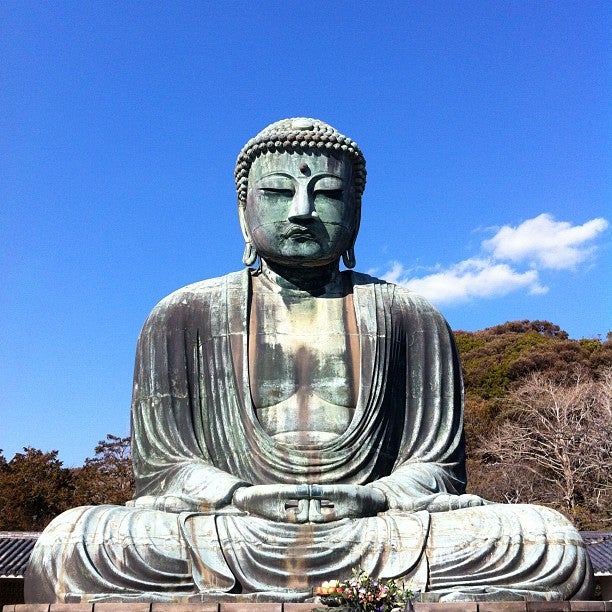 Kamakura Daibutsu or the Great Buddha of Kamakura is a bronze statue of Amida Buddha, located on the grounds of Kotokuin Temple. Weighing 121 tons and standing at 13.35 meters tall, the enormous statue is the second largest statue of Buddha in Japan, eclipsed only by the statue at Todaiji Temple in Nara.

Designated a National Treasure by the Japanese government, Kamakura Daibutsu is one of the most iconic monuments in Japan. When it was first built in 1252, the statue was gilded with gold and housed in a grand hall. However, the building was destroyed by a series of natural disasters, meaning the statue has been out in the open air since 1498. Visitors can enter the interior of the statue for only 20 yen. 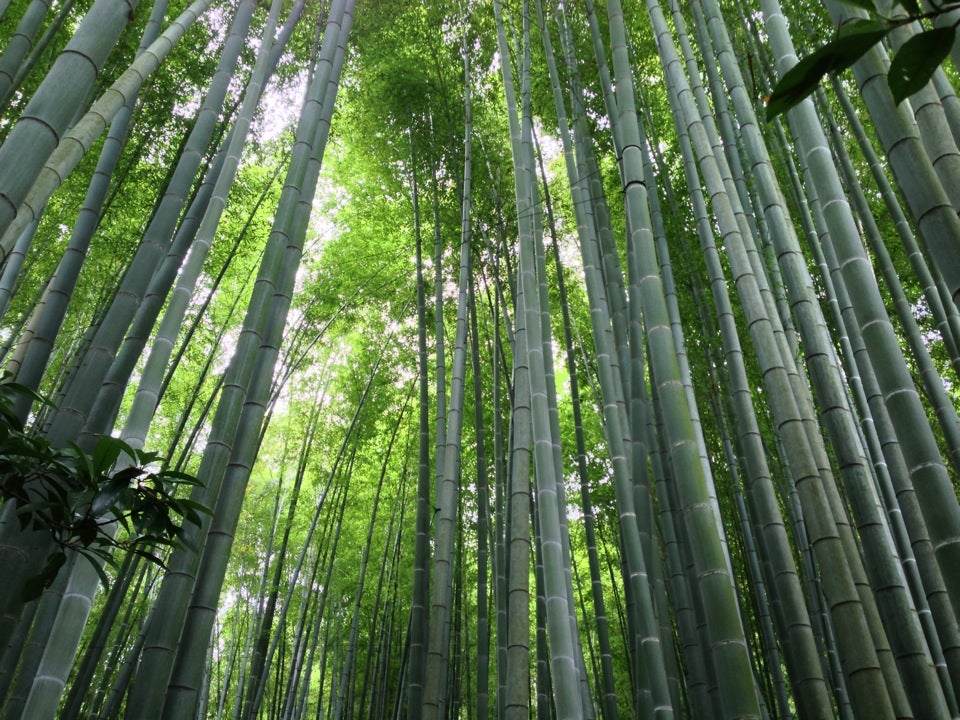 Founded in 1334, Hokukuji Temple is a famous Zen Buddhist temple that has been managed by both Ashikaga and Uesugi clans. Although the temple was severely damaged by the Great Kanto Earthquake in 1923, extensive reconstruction restored it to its former glory not long afterwards. The temple is well known for its bamboo garden and a small teahouse, both located behind the main hall. For only 500 yen, visitors can enjoy a cup of matcha (Japanese green tea) surrounded by some 2,000 bamboo trees. Zazenkai (seated zen meditation) is also available. 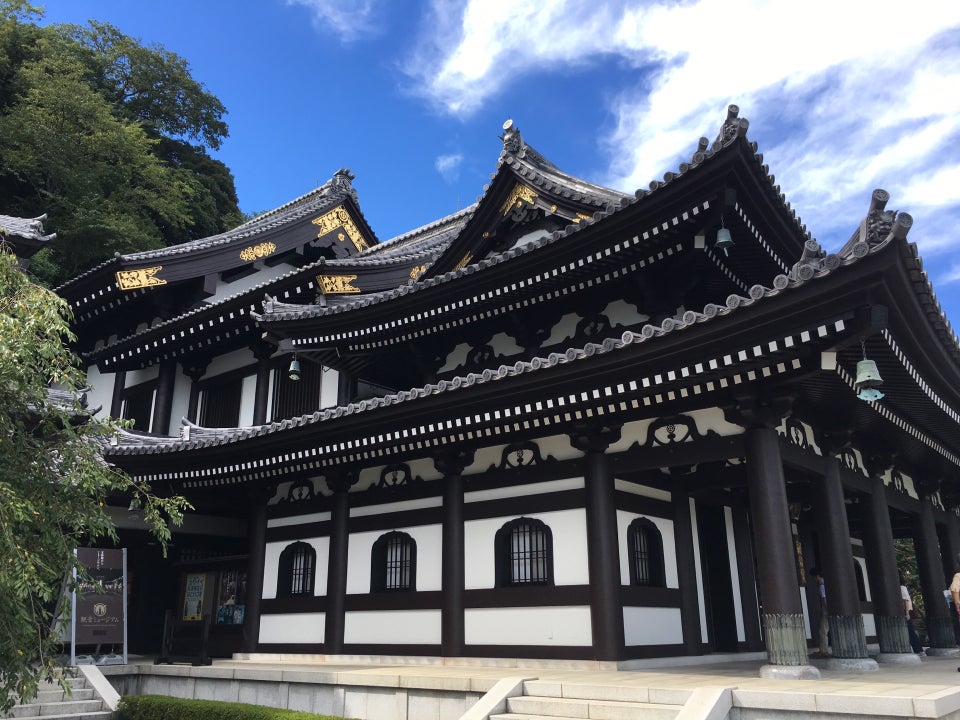 Kannon-do Hall at Hasedera Temple houses a large wooden statue of the eleven-headed Kannon, the goddess of mercy. Each face wears a different expression, each symbolizing a different human wish. Adjacent to the main hall is the Kannon Museum, where various Kannon monuments including the Standing Juichimen Kannon Bosatsu, Kannon Sanjusan Ogenshin and Hasedera-Engi-Emaki are exhibited. Adjacent to the museum, find a beautiful garden, restaurant and Shoin Hall, where visitors can experience shakyo (hand-copying of Buddhist sutras). 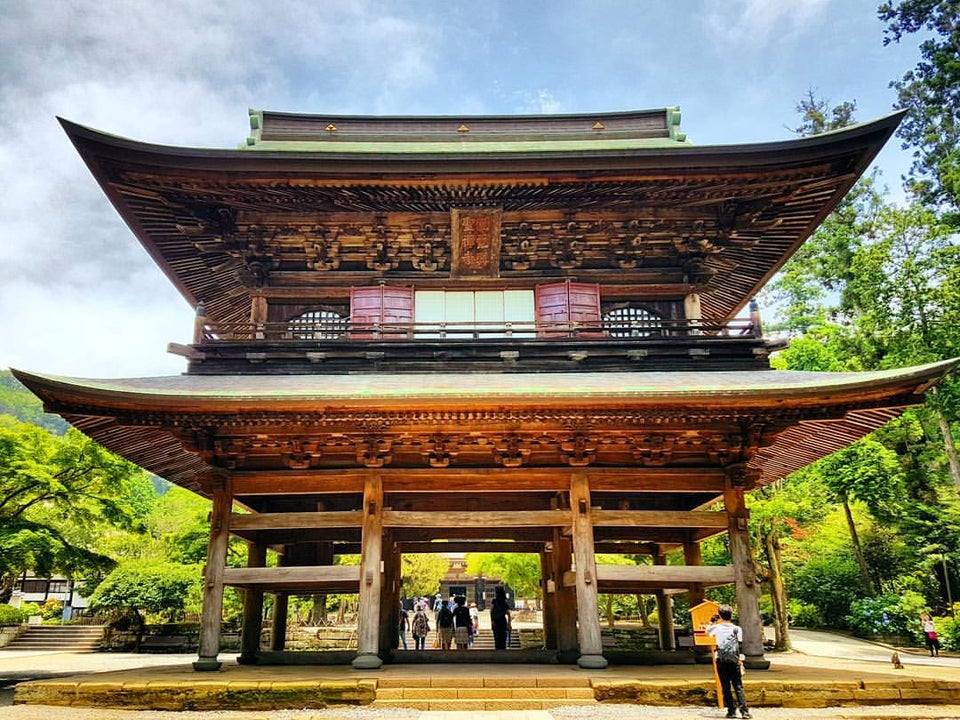 Founded in 1282 during the Kamakura Period by Hojo Tokimune, the then ruling regent, Engakuji Temple is one of Kamakura’s Five Mountain System temples. The system refers to the network of five great Zen temples of Kamakura. It is told that “Engaku“, meaning “perfect enlightenment”, originates from the Sutra roll excavated during the construction of the temple. Engakuji Temple also houses two National Treasures, a large bronze bell and Shariden, a reliquary containing Buddha’s tooth. 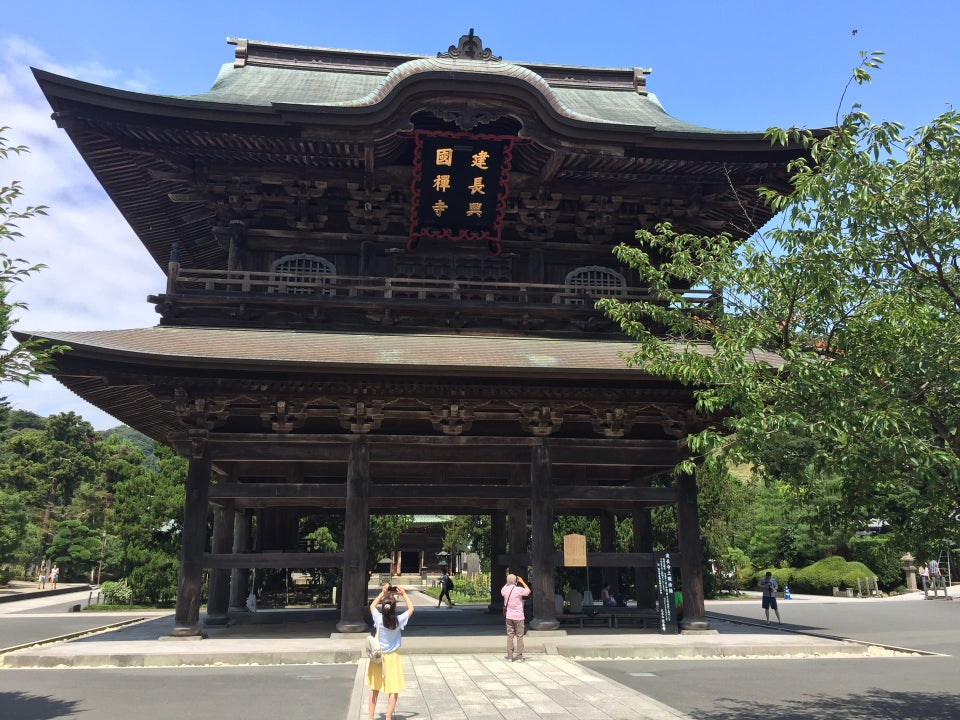 Built in 1253 during the Kencho Era, Kenchoji Temple is the oldest Zen temple in Japan. The temple is ranked highest in the Five Mountain System. It was founded by Rankei Doryu, a Chinese Zen priest and is today best known for its beautiful gardens behind the Hojo, the residential quarters of the head priest. The garden’s pond takes the shape of the Japanese character for “mind”, an important element in Zen. At Kenchoji, a Zazen meditation session is held daily for an additional 1,000 yen. There are also sessions offered in English. 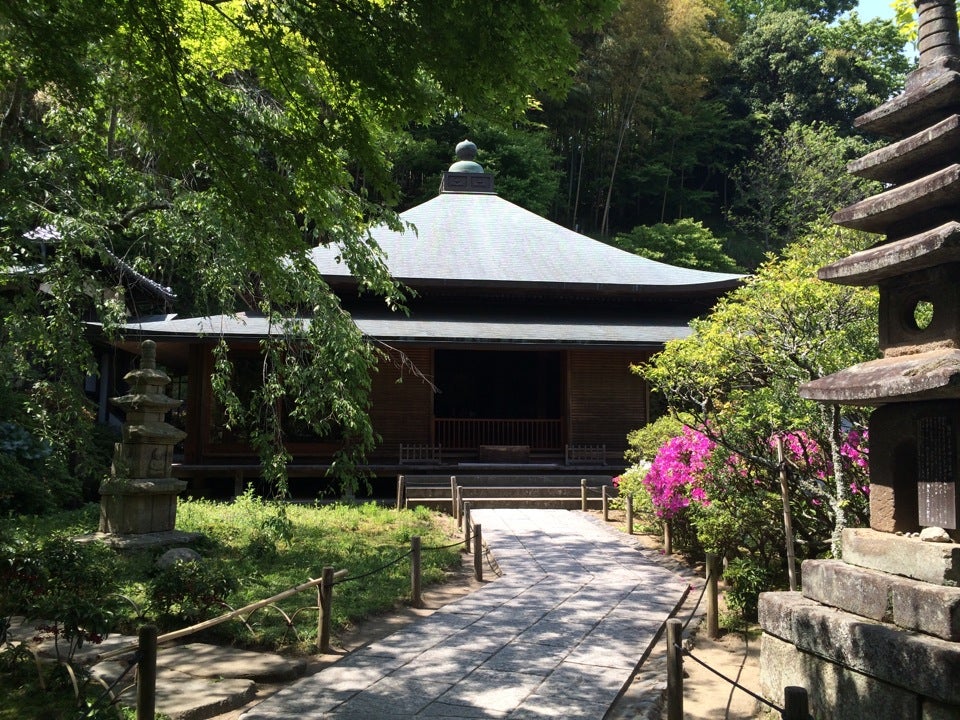 Founded in 1285 by a nun named Kakusan Shidoni, Tokeiji Temple traditionally provided a refuge for women abused by their husbands. This is particularly admirable given that, at that time, women were not allowed to divorce. For an additional fee, visitors can also visit the Matsugaoka Museum, a store for various statues of Buddha, a wooden Bodhisattva of Kannon and an array of gold lacquer works. 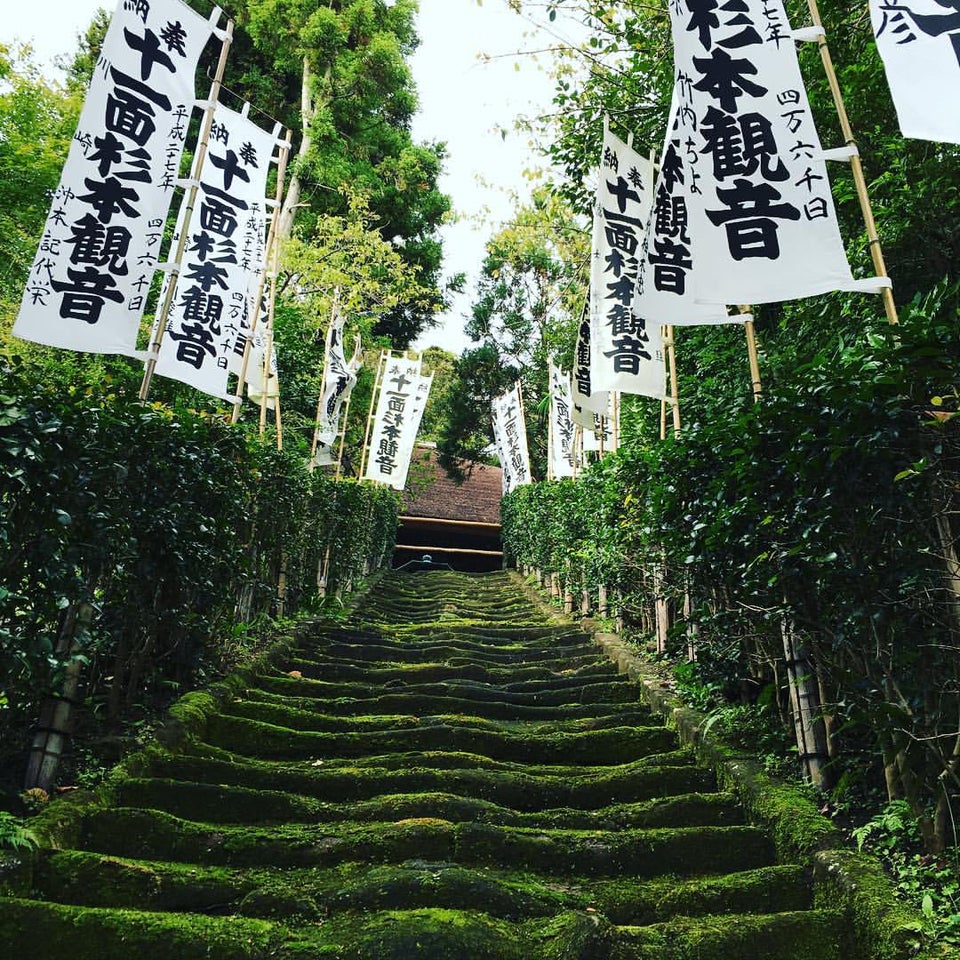 The oldest Buddhist temple in Kamakura, Sugimotodera Temple was founded in 734 by priest Gyoki. Sugimotodera, the temple’s name, literally means “under the cedar tree” – a reference to a popular legend. The legend goes that the monk saved three statues of the goddess Kannon by stashing them under a cedar tree, saving them from a huge fire that destroyed the temple in 1189. The temple is also well known for its stone stairway covered with moss. 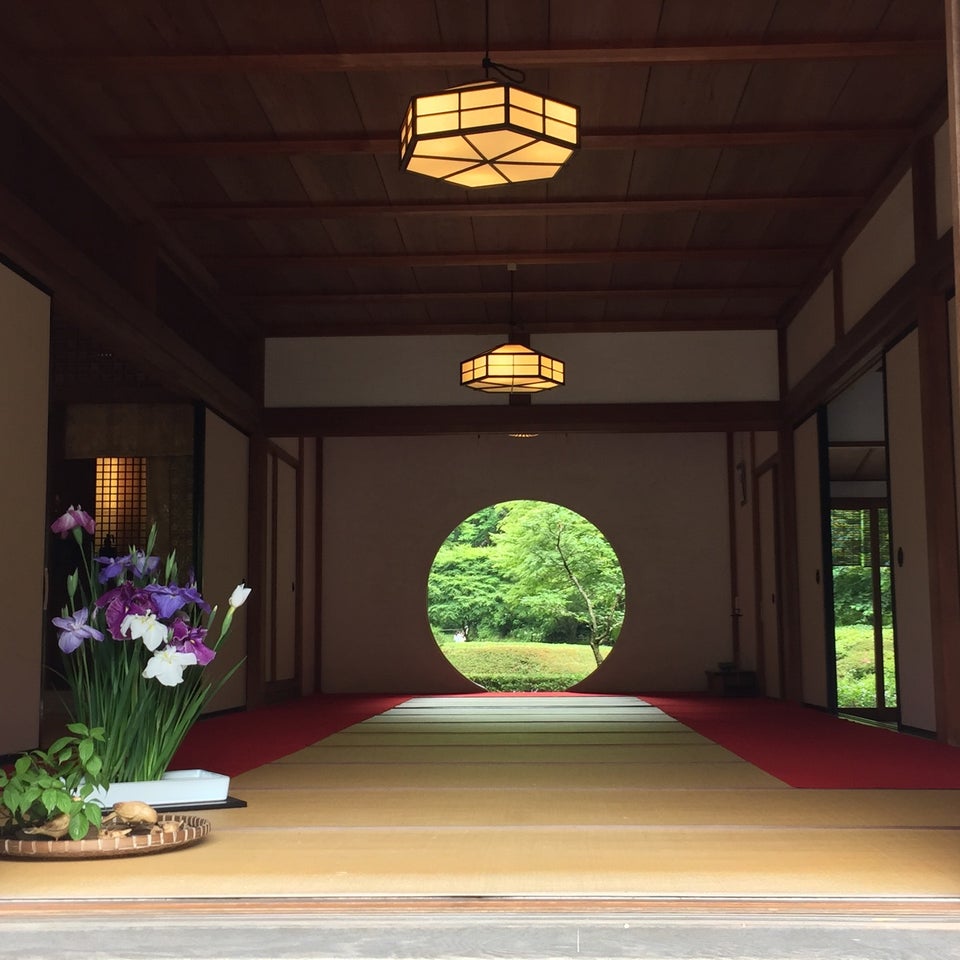 Meigetsuin Temple, also known as the Hydrangea Temple, is famous for some 2,000 blue and purple hydrangea flowers that bloom alongside the pathways in the grounds of the main hall. At the height of their beauty in June and July, Meigetsuin Temple is buzzing with visitors. Another unique feature of the temple is the picturesque circular window in the main hall which frames the nature beyond beautifully. Behind the main hall is the Iris Garden, open only in June for an additional 500 yen. 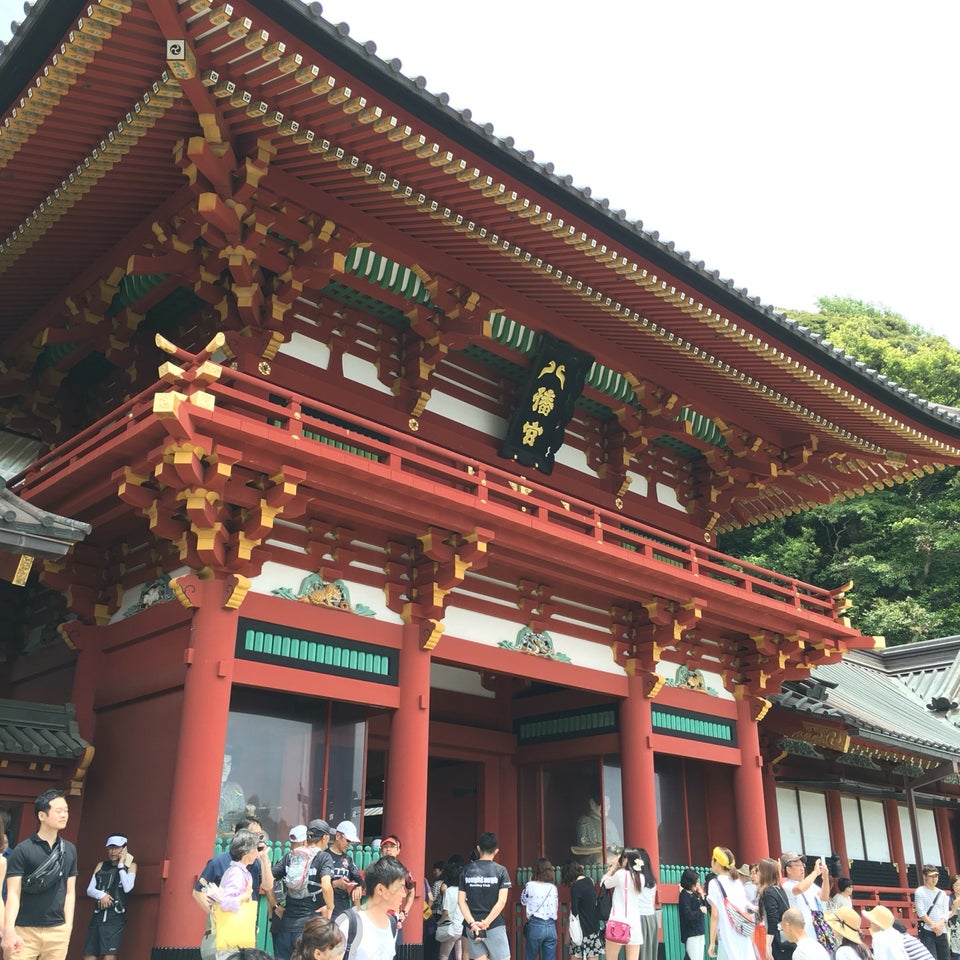 In 1180, the shrine was moved to the present site by Minamoto Yoritomo, the founder of the first samurai regime in Japanese history. During the Kamakura Shogunate (1192-1333), Tsurugaoka Hachimangu served not only as the religious authority but also as the political center of the regime. 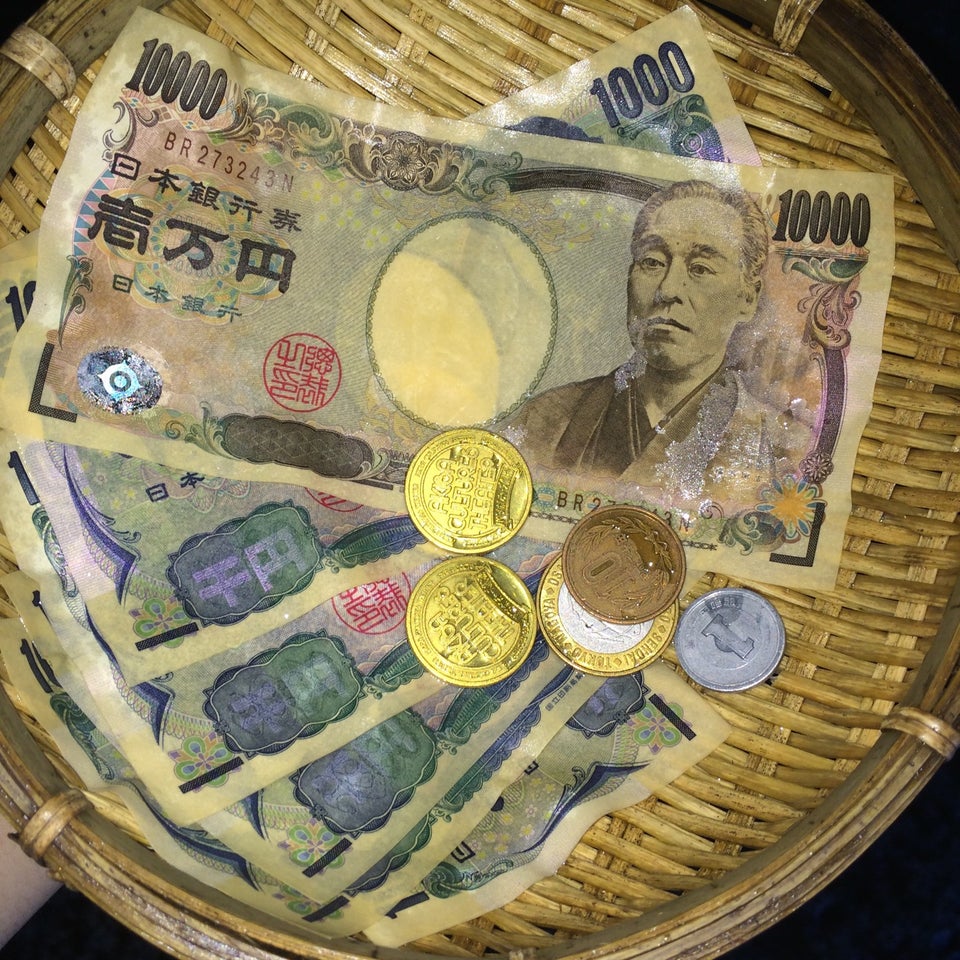 Zeniaraibenzaiten Ugafuku Shrine is a famous Shinto shrine housed within a man-made cave dug into the cliffside. According to legend, Minamoto Yoritomo built Ugafuku Shrine after a dream in which a god told him to dig a cave in order to bring peace and prosperity. It is believed that washing money with the holy water from the spring multiplies the money and thus brings wealth. The word zeniarai literally means coin washing but you can wash paper money as well. 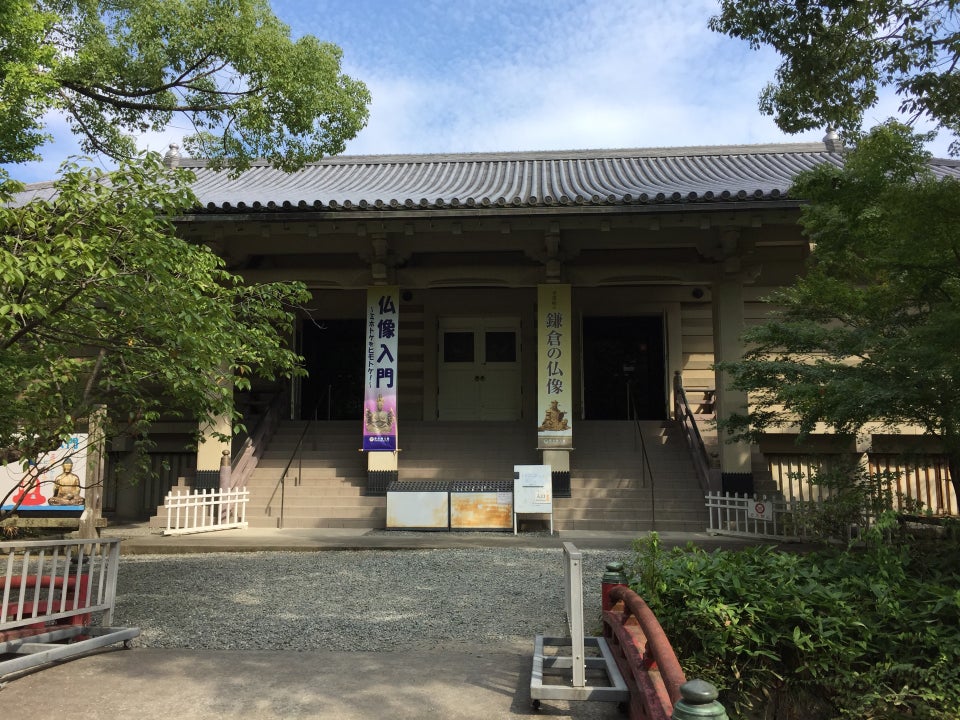 Located on the grounds of Tsurugaoka Hachimangu Shrine, Kamakura Museum of National Treasures displays some 4,800 sculptures, paintings, handicrafts, calligraphy and ancient documents. Most of the artifacts displayed at the museum date from between the 12th and 16th centuries and were collected from shrines and temples in the Kamakura area. The admission fee varies depending on the exhibition. 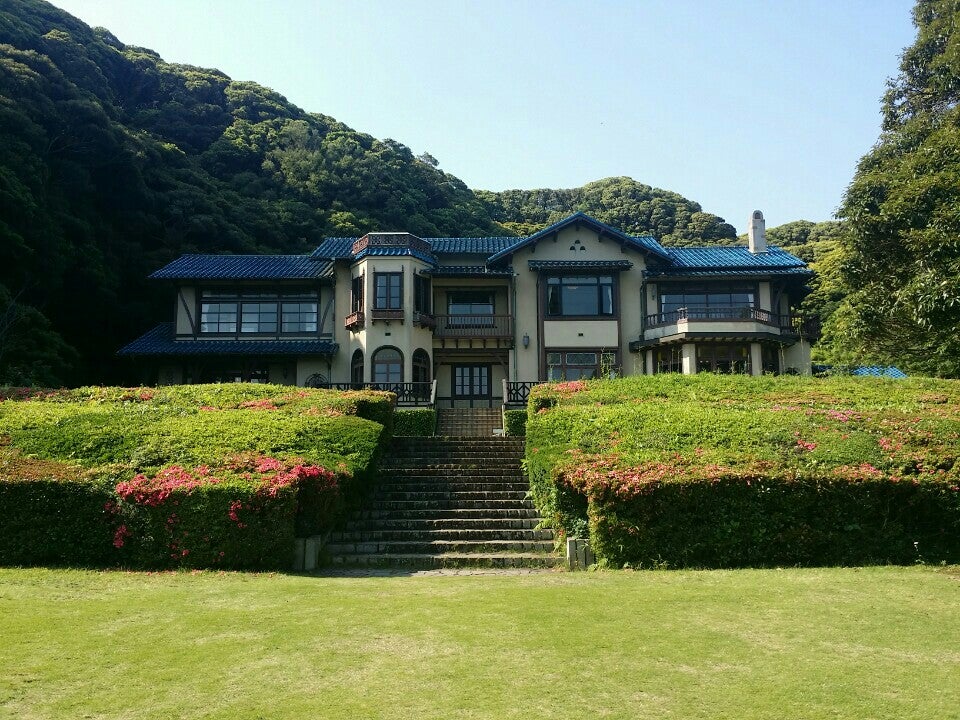 Kamakura Museum of Literature is located inside a beautiful Western-style mansion. The property was originally a summer villa for the Maeda family and was donated to the city of Kamakura in 1983. The museum displays handwritten manuscripts, letters and personal items from famous authors who have lived in or written about Kamakura. Some of the most notable figures whose works are exhibited include the Nobel Prize winner Kawabata Yasunari, novelist Natsume Soeki and film director Yasujiro Ozu. 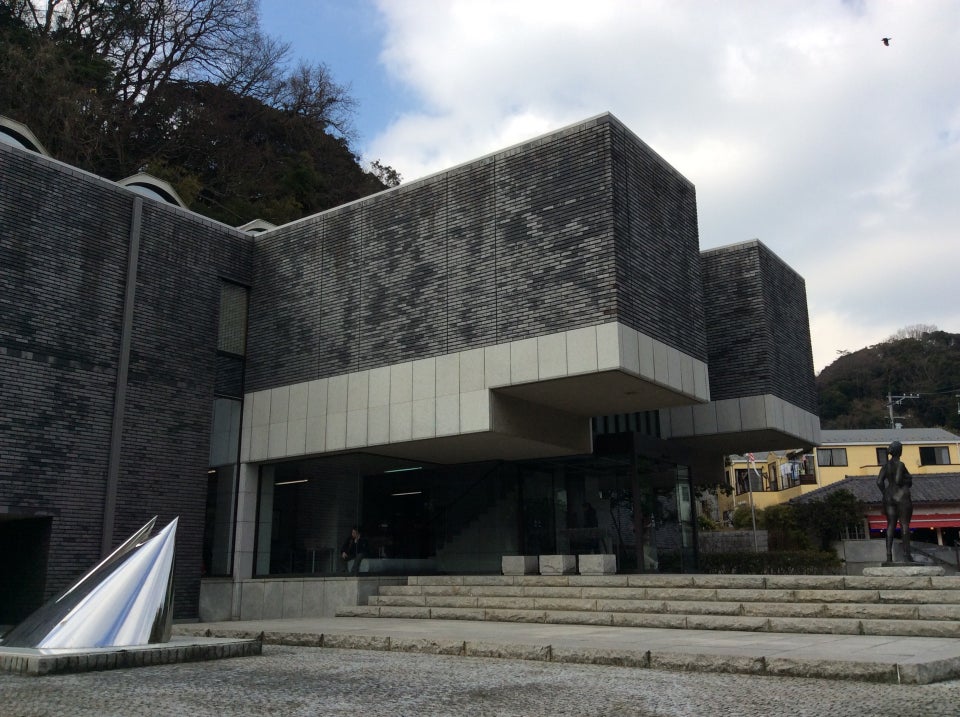 The Museum of Modern Art, Kamakura, opened in 1951 as the first museum of modern art in Japan. Located within the Tsurugaoka Hachimangu precinct, the museum played a significant role in the spread and development of Japanese contemporary art. Unfortunately, the museum closed down in March 2016. In its place, Kamakura Annex, located not far from the shrine, is open every day except on Monday. Kamakura Annex houses temporary exhibitions from both Japanese and foreign artists. 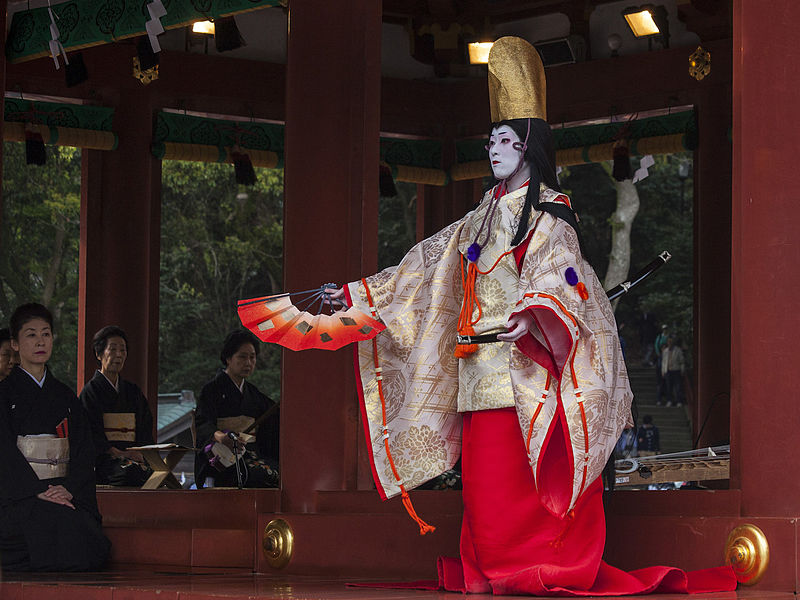 Shizuka-no-mai refers to the dancing ceremony in remembrance of Lady Shizuka and is held inside the grounds of Tsurugaoka Hachimangu Shrine on the second Sunday of April. The highlight of the festival is the Yabusame held on the third Sunday of April. 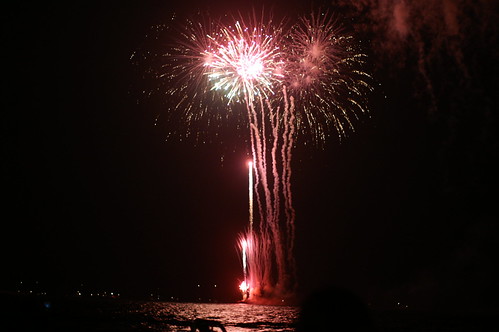 Kamakura Fireworks Festival takes place at Yuigahama beach in late July and early August. The event is organized by the Kamakura City Tourist Association and the specific date is announced on the official website. The colorful lights reflecting on the surface of the ocean is a spectacle you cannot miss. Check out the link below to watch a Youtube clip of the 2016 Kamakura Fireworks Festival. 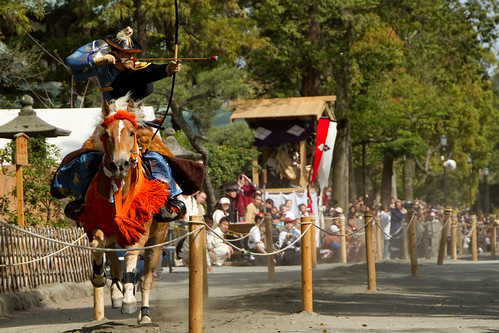 Tsurugaoka Hachimangu Shrine Annual Festival or Tsurugaoka Hachimangu Matsuri is the main annual rite held from September 14th to 16th. The main attractions of the festival are the Shinko-sai (portable shrine procession) and Yabusame (horseback archery ritual). Shinko-sai is a parade accompanied by musicians, priests and the procession of the portable shrines. The parade starts at 1pm on September 15. At 1pm the following day, Yabusame begins and attracts a huge crowd every year. Yabusame was first introduced in 1187 by Minamoto Yoritomo. Kamakura warriors took great pride in being selected as an archer for Yabusame. 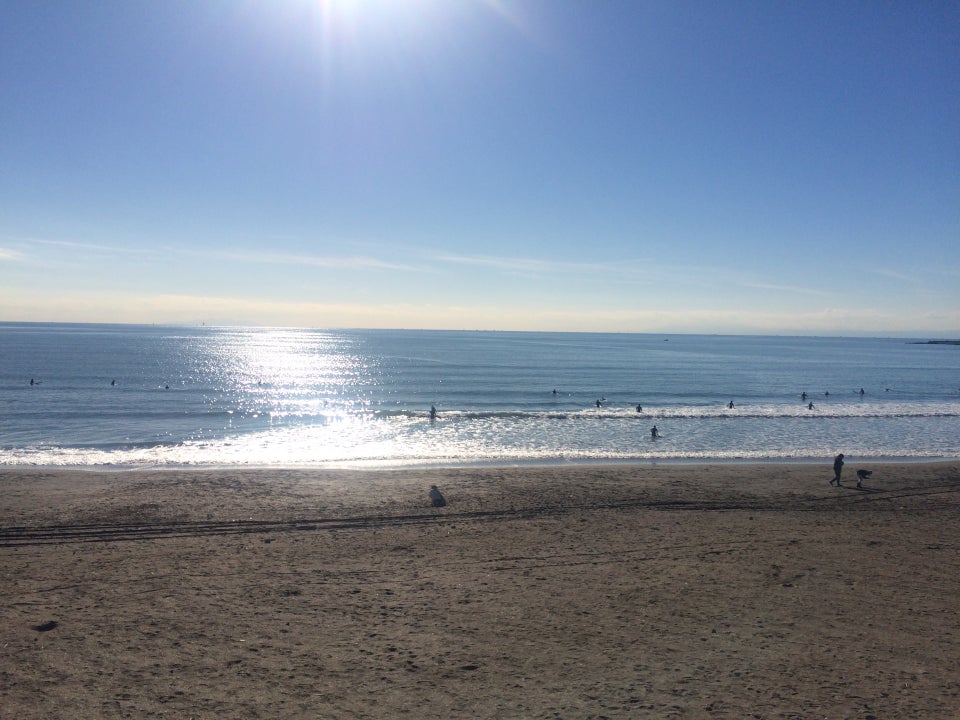 Along with its historical sites, Kamakura is also famous for its beautiful beaches. They are perfect getaway spots for Tokyoites not wanting to travel too far from their homes. Yuigahama, Zaimokuza and Koshigoe are the three most popular beaches. 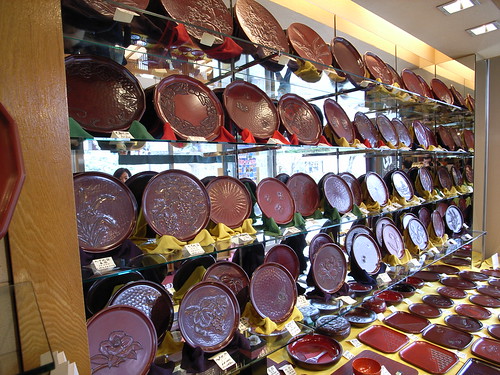 Kamakurabori refers to a traditional lacquerware craft which originated in Kamakura some 700 years ago when Zen Buddhism was first introduced to Japan from China. From carving out the timber wood to applying multiple layers of lacquer, it takes a skilled artisan about a month to complete. The finished products are very durable and can be used for generations. Hakkodo is the oldest Kamakurabori manufacturer in Kamakura, run by the Goto family for over 29 generations. The store is located right outside Tsurugaoka Hachimangu Shrine. If you want to know more about Kamakurabori, visit Kamakurabori Museum, which is just a 7-minute walk from the Hakkodo. 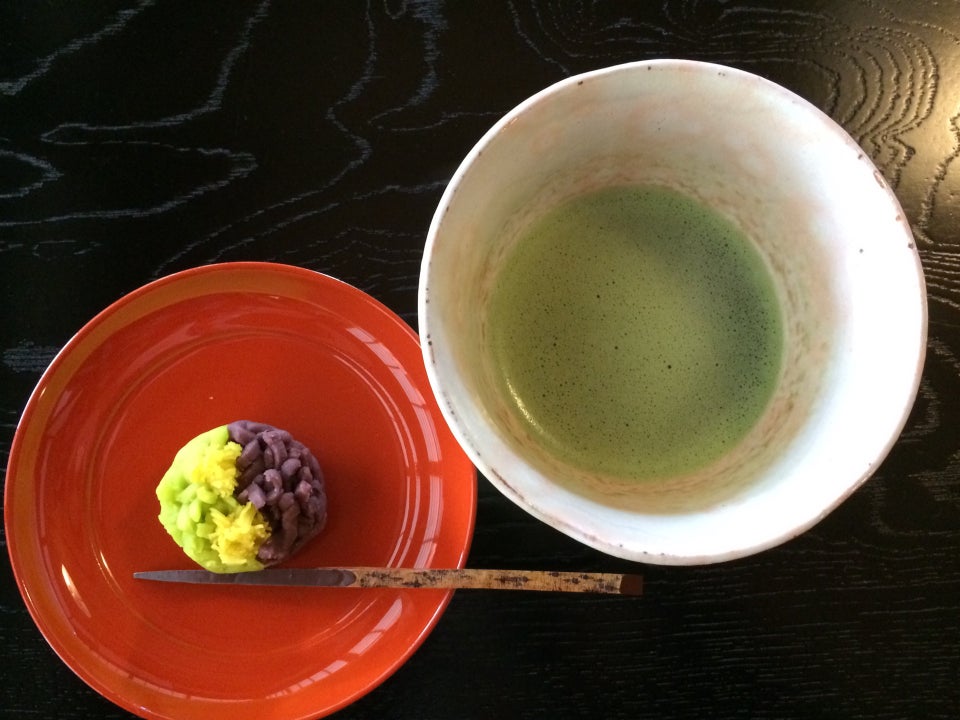 Enjoy a cup of matcha and some traditional sweets at Jomyoji Temple and Hokokuji Temple. Both temples are well known for their beautiful gardens, making them the perfect locations for a laid-back cup of tea. 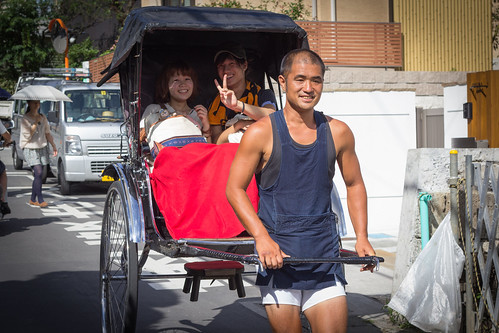 Instead of taxis or public transport, ride on a traditional Japanese rickshaw and explore every nook and cranny of Kamakura. Feel the sea breeze from the shore, take in the lush nature and take in all the main attractions at the same time. 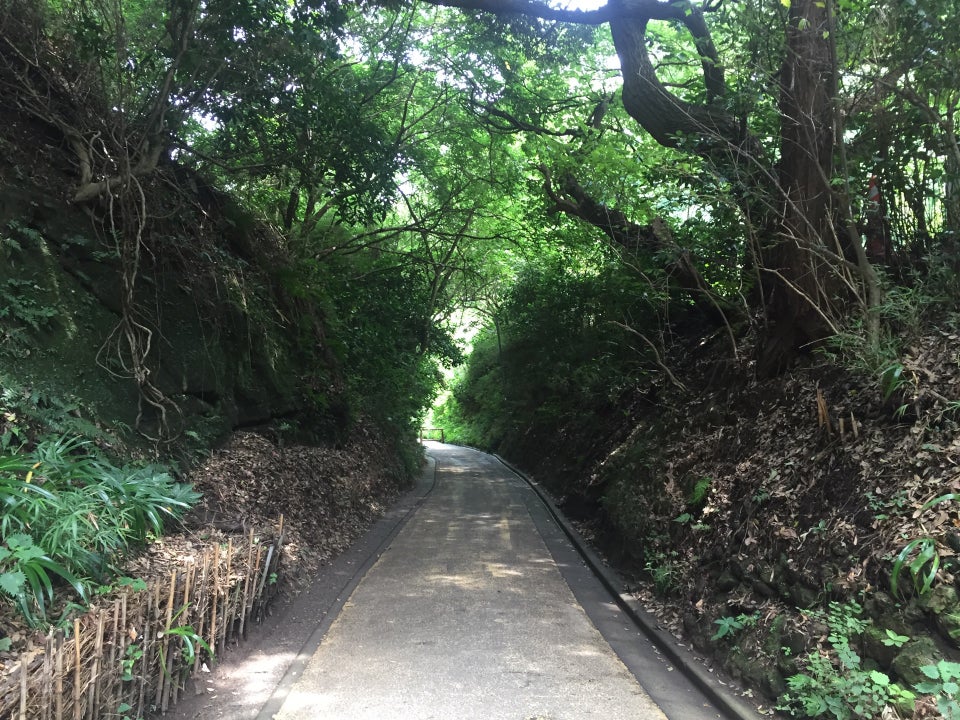 Surrounded by mountains on three sides and closed off by the ocean from behind, the city of Kamakura is the perfect fortress. The ‘Seven Kiridori Passes’ or ‘The Seven Entrances’ refers to the man-made mountain routes that connect Kamakura with the rest of Japan and played significant roles in defending the city from enemy infiltration. The seven passes include Asaina, Kamegai, Kewaizaka, Gokurakuji, Kobukurozaka, Daibutsu and Nagoe Kiridoshi. Today, they are used as hiking routes.

Nagoya Japan Guide – Everything You Need to Know

Category Ranking【Things to Do in Kamakura】