A full guide to Haneda Airport, including flight details, terminal information and the lowdown on the airport's key amenities, shops and restaurants.

Haneda Airport (HND) also known as Tokyo International Airport is one of the two main airports which serve the Tokyo area, handling the majority of domestic air traffic into the city. It is the primary base for the two major main Japanese airlines: Japan Airlines and All Nippon Airways.

Up until 1978, Haneda was Tokyo’s sole airport but has since been eclipsed by the sprawling Narita Airport further out of the city. However, Haneda continues to handle a good deal of flights, making it one of the busiest airports in Japan and the fifth busiest in the world.

Read on for a full guide to Haneda Airport.

Located in Tokyo’s Ota Ward, 14 kilometers south of Tokyo Station, the airport is far more central and accessible than Narita. It is comprised of three terminals: Terminal 1, Terminal 2 and a small International Terminal. All three are connected by walkways and free shuttle buses.

Opened in 1993, it is also known as ‘Big Bird’ and mainly serves JAL Airlines. This is the largest terminal, with six floors of restaurants, shops and even a rooftop sky deck.

Haneda Airport is directly connected to the the Tokyo train network. The station is easily accessible from any of the terminals, connecting passengers to the Keikyu Airport Limited Express line to Shinagawa Station (and vice versa).

From Tokyo Station, an Airport Limousine bus departs every 30 to 60 minutes directly to Haneda Airport. The bus can also be caught from other central locations such as Shinjuku and Shibuya.

Find a taxi stand on the first floor of the arrival lobby which is packed full of drivers at all hours. Flat rate taxis also operate between Haneda Airport and locations within Tokyo and can be arranged ahead of time.

All three terminals contain a number of information counters from which passengers can find out general airport, transport and city information, purchase travel insurance, purchase bus tickets and make hotel reservations. Find an information counter by looking out for the giant question mark signs. Most counters offer multilingual service.

Home delivery counters (Nippon Express and Yamato Transport ) are also located on the first-floor of terminals 1 and 2.

Internet Stations are dotted around each of the terminals which provide free access to the web for passengers. Also find here charging points for electrical items. In the arrivals lounges there are service desks for mobile phones, SIM cards and mobile internet rental.

For more information on phone and internet rental, check here. 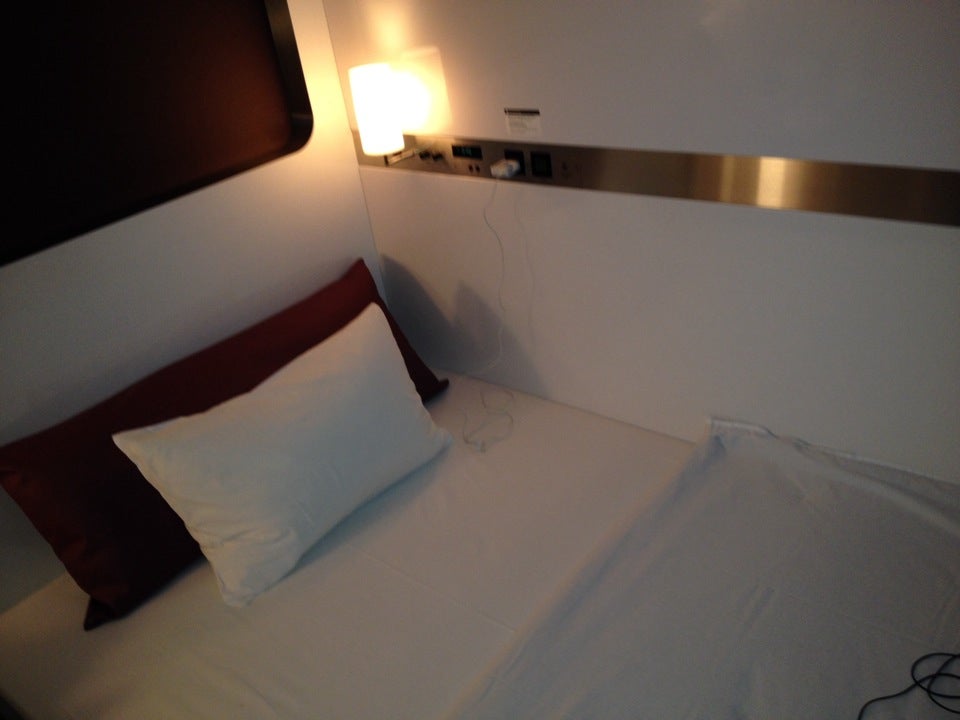 A compact hotel based on airplane first class seating. Perfect for a long layover or overnight stay.

Connected to Terminal 2, this hotel couldn’t be more convenient. One of the classier hotels in the area and decked out with all the comforts of home, this is a great choice for an overnight stay.

Right next to the International Terminal, this hotel is clean, comfortable and convenient.

All the usual duty-free fare is on offer here: alcohol, cigarettes, cosmetics, electronics and so much more. The perfect place to pick up a last minute souvenir.

Haneda Airport has five convenience stores spread over terminals 1, 2 and the International Terminal. Perfect for reasonably priced snacks and drinks.

The fourth floor of the international terminal has been given over to the look and feel of the Edo period, find here shops selling trinkets and souvenirs of all kinds and restaurants serving some of the best airport food going.

Tokyo to Kyoto – By Bus, Train, Plane or Car?