In Tokyo, anime is big business. With our guide to all things Tokyo anime, find the best locations for indulging your otaku side!

Love anime? Then you’ll love Japan. As the birthplace of the now globally popular artform, it promises much to enthusiastic foreign otaku (if you don’t know, otaku is the Japanese term for an anime super-fan). The epicentre of Japanese anime culture is undeniably Tokyo, where anime themed cafes, restaurants, shops and more are around every corner.

Accordingly, we’ve put together a kind of map of Tokyo anime. Find below the 10 best Tokyo anime locations in the whole city, where you can indulge your anime mania to the fullest. A little introduction to anime for the uninitiated first, however.

Anime is a Japanese hand-drawn or computer animation with unique production methods that have been adapted over time. Today, the anime aesthetic is unmistakable, even to those who’ve never seen a single episode. Targeting every demographic, anime has been successful at drawing in otherwise disparate groups. Whatever your tastes, there’s no doubt an anime series out there waiting for you. This is why anime is so enduringly popular.

Now that you know what anime is, let us introduce you to the top 10 anime locations in Japan.

We know by now we’ve “Gotta Catch’em All” – and now you can, at the Pokemon Center Tokyo. This store is your number one spot to pick up all the Pokemon merch you can carry, a lot of which is exclusive to the store. Located in Ikebukuro’s Sunshine City, a sprawling and always busy shopping complex, head to the second-floor and let Pokemon fever take you over.

The anime series Gundam made its debut in April 1979, making it an anime institution. Today, the Gundam franchise is worth a staggering 50 billion yen, pumping out manga, movies, video games, toys and everything else you can imagine by the bucket load. If you’re a fan, head to Gundam Front Tokyo, a museum-come-shrine to the series, which runs visitors through the show’s history and offers the chance to pick up some exclusive Gundam souvenirs. You’ll know you’re in the right place when you see the eponymous Gundam towering above everything else outside.

J-World Tokyo is the world’s first indoor theme park based on Japan’s best-selling manga Shonen Jump, a weekly anthology of all things anime and manga. There is also a plethora of fun and unique attractions based on popular anime shows such as Dragon Ball, One Piece, and Naruto. Alongside the attractions, predictably, there is a store selling all the Shonen Jump and anime related merch you can imagine, as well as a food court if all the excitement leaves you hungry.

Nakano Broadway is a shopping complex in the western Tokyo suburb of Nakano. Here find all kinds of anime gear, from manga, figurines and accessories to clothing. This place is like Akihabara, the spiritual home of Tokyo anime, but a little more affordable and less touristy. The area in general has a cool old school vibe, full of tiny but crammed shops and curiosities. 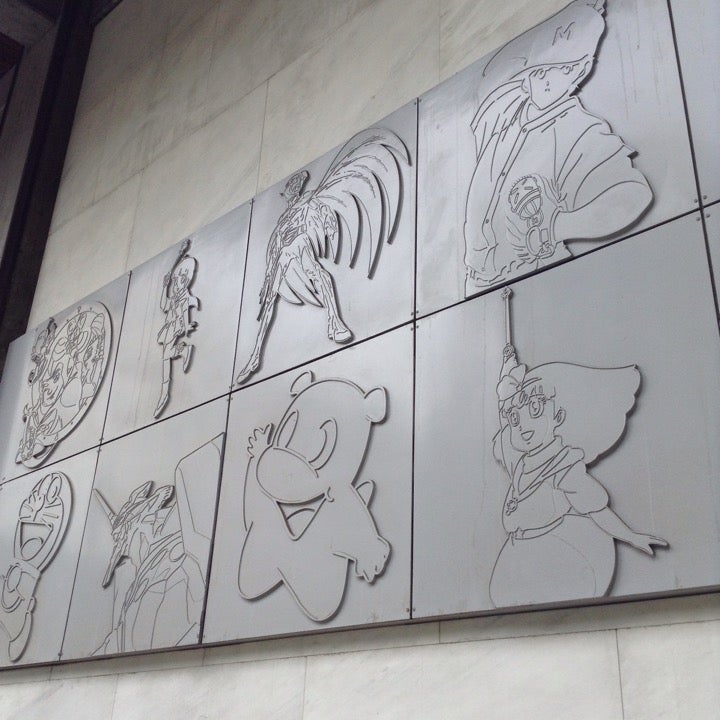 If you want some background history and an insight into the process of creating anime, Suginami Animation Museum is the place to head. The museum also holds anime-related events and regularly screens popular anime shows at the on-site movie theater. There’s also a kind of manga library packed with books and DVDs for all you super fans to browse through. 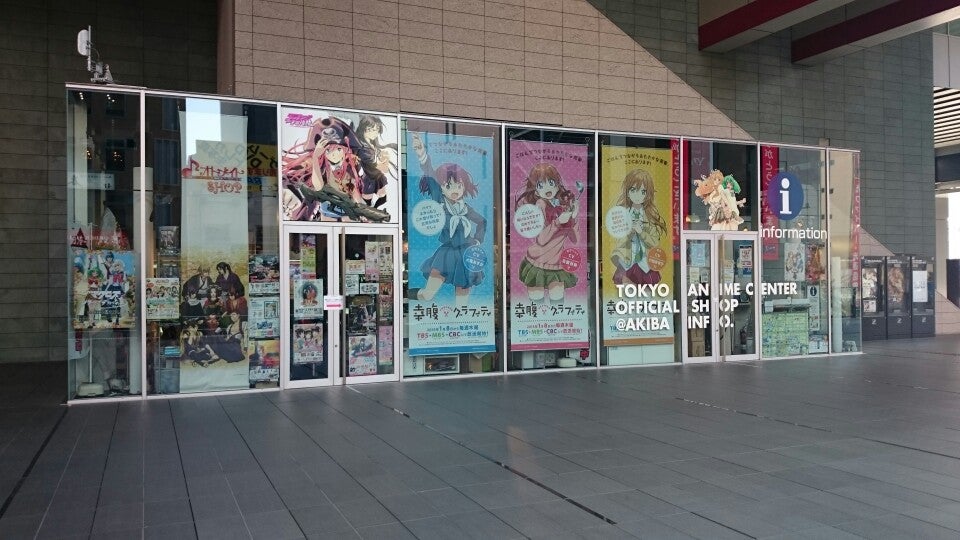 Tokyo Anime Center is another otaku haven, home to anime exhibitions, anime related events and a shop selling all kinds of anime merch, from anime figurines to stationary. Located in Akhibara, the aforementioned anime hub, tie this in with a day of browsing everything else the area has to offer and you won’t be left disappointed.

Yoshihiro Yonezawa Memorial Library of Manga and Subcultures is a venerable manga, anime and video game library located within Tokyo’s Meiji University. If you want to get stuck into some serious manga reading and play some video games then give this place a go. The museum is dedicated to the legacy of Yonezawa, a graduate of Meiji University and leading manga critic.

Otome Road in Ikebukuro is a street that has been taken over by the anime industry, a place for everything anime related. It differentiates itself from similar streets in being the go-to place for female anime fans. Less full-on and male-centric than Akihabara, the shops here stock female focussed anime as well as a good deal of cosplay outfits and other related items. It’s a little difficult to find but if the above appeals it’s definitely worth getting a little lost for.

Located between the Tokyo suburbs of Nakano and Mitaka, find Asagaya Anime Street, consisting of 14 shops selling everything manga, anime and cosplay under the sun. Alongside the shops on Asagaya Anime Street, there are also cafes for you to take a break from shopping and enjoy a delicious meal or speciality coffee.

Located below Tokyo Station is Tokyo Character Street, a whole subterranean world of anime. Popular shops here include the Hello Kitty store, Pokemon Store, Ultraman and Rirakkuma. There are also regular events held here for anime tourists and regulars alike. Follow the sounds of “kawaii!” from the station and you’ll find Tokyo Character Street in no time.