Japan Disaster Guide – How to Stay Safe in an Emergency

Japan is prone to natural disasters. Make sure you're prepared for the worst with our Japan Disaster Guide.

On March 11th, 2011, a magnitude 9.0 earthquake struck off the north-eastern coast of Japan, triggering a massive tsunami and the Fukushima nuclear disaster. Referred to as the Great East Japan Earthquake or Tohoku Earthquake, the tragedy resulted in the loss of 15,000 lives and left 200,000 homeless.

The earthquake research institute at Tokyo University and other experts predict that there is an over 70 percent chance of a major earthquake directly hitting Tokyo within the next three decades. With a population of over 30 million and tourism booming it is of vital importance that all possible precautionary measures are taken against such a disaster.

With this aim in mind the Tokyo Metropolitan Government has put together a manual, Disaster Preparedness Tokyo, which it sends out to all households, businesses and other premises. In what follows we’re going to run you through the most important parts of the manual, encompassing what to do prior to an earthquake, what to do during an earthquake and what to do after an earthquake, though be sure to look through the whole document if you have the chance.

The Early Warning System provides information on the estimated intensity and the expected arrival time of an earthquake. The system allows the Japan Meteorological Agency to promptly slow down trains, control elevators and alert people in advance through the media.

Safety Tips is a free application that notifies its users of early warnings of large earthquakes, tsunamis and volcanic eruptions via an automated phone message. The application is supported by both Android and iPhone and is available in Japanese, English, Chinese and Korean.

2. Learn About Your Neighborhood 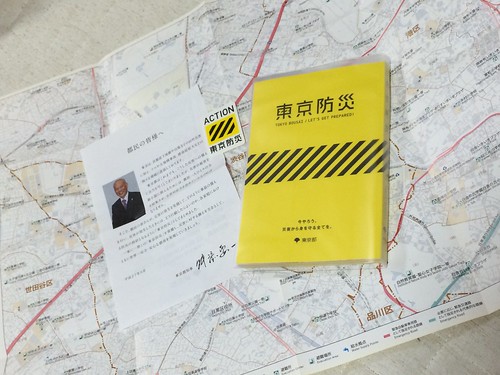 Japanese neighborhoods all have various amenities that become vital during an emergency, such as evacuation shelters and water supply points. To become familiar with these points in your neighbourhood, even if you’re only staying there for a short period of time, consult the Tokyo Metropolitan Disaster Prevention Map, a vital resource available online and in print. 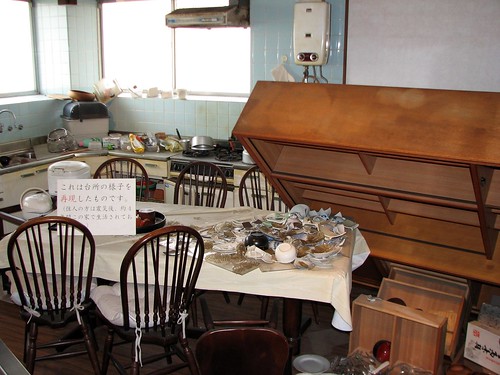 According to official figures, around 30 to 50 percent of earthquake-related injuries are caused by falling objects. The best way to prevent this is to avoid placing heavy objects in high places and stabilizing furniture with L-brackets and anti-slip pads. Although most buildings and houses in Japan are built using earthquake-resistant methods, severe shaking is still possible so it pays to be prepared. Moreover, we advise you to equip your house with fire detectors and fire extinguishers to prevent secondary damage from an outbreak of fire. 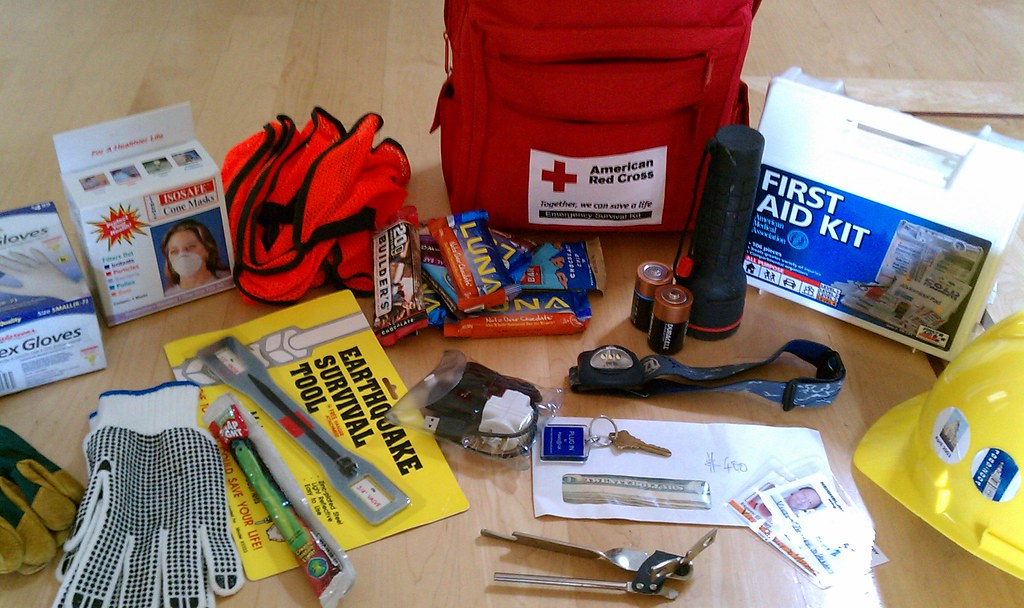 At the time of a disaster, essentials such as electricity, gas and water will be cut and the supply of goods will be delayed until the roads and other transport routes are deemed safe. According to the Disaster Preparedness Tokyo, the most useful items to stockpile in case of an emergency are water, a flashlight, batteries, plastic bags, plastic wrapping, a radio, a first aid kit and a portable gas stove. Most of these items are relatively cheap to buy, easy to store and could be a vital lifeline.

For foreigners residing in Japan and travelers who do not speak Japanese, we’ve compiled a list of useful Japanese phrases that may come in handy in the event of an emergency. 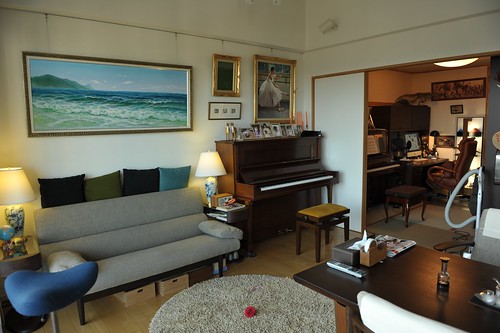 The most important thing to do during an earthquake is to protect yourself by hiding under a table, chair or other solid object to avoid getting hit by falling objects. Wait until the shaking subsides, secure the exits and check for fire hazards. If you were using a gas stove, turn it off after the shaking subsides. Shards of glass and sharp objects will be shattered on the floor. Put on slippers or wrap your feet with cloth to protect them. 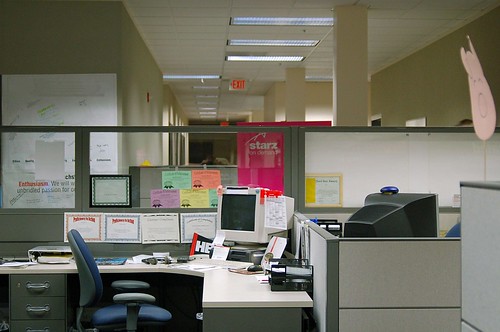 The higher the building, the stronger the shaking and the longer it will last. Protect yourself from falling objects first and evacuate using stairs after the shaking subsides. Using elevators is not advised as they can be disabled with power failures. Watch out for heavy objects such as computers, copy machines and book shelves. 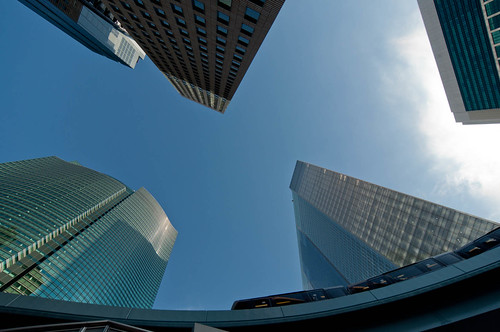 If you find yourself surrounded by buildings, protect yourself from falling debris using a bag or clothes and quickly evacuate into an open area. If there isn’t an open area close by, go inside a building that looks relatively new and sturdy. 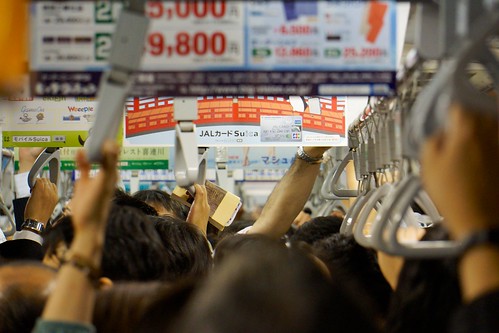 When strong shaking is detected, trains are automatically stopped. If you are standing, lower your body and cover your head with a bag. Stay calm and follow the instructions from the operator. 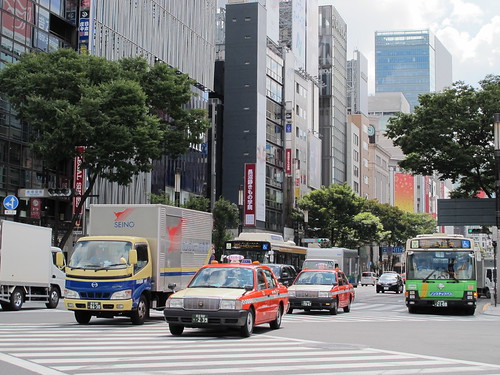 If you detect shaking while driving, turn on your hazard lights and gradually reduce speed to avoid a collision. Stop the car on the left side and turn off the engine. When the shaking subsides, evacuate into an open area. If you choose to evacuate on foot, leave the car keys inside so that it can be moved for emergency vehicles to pass. 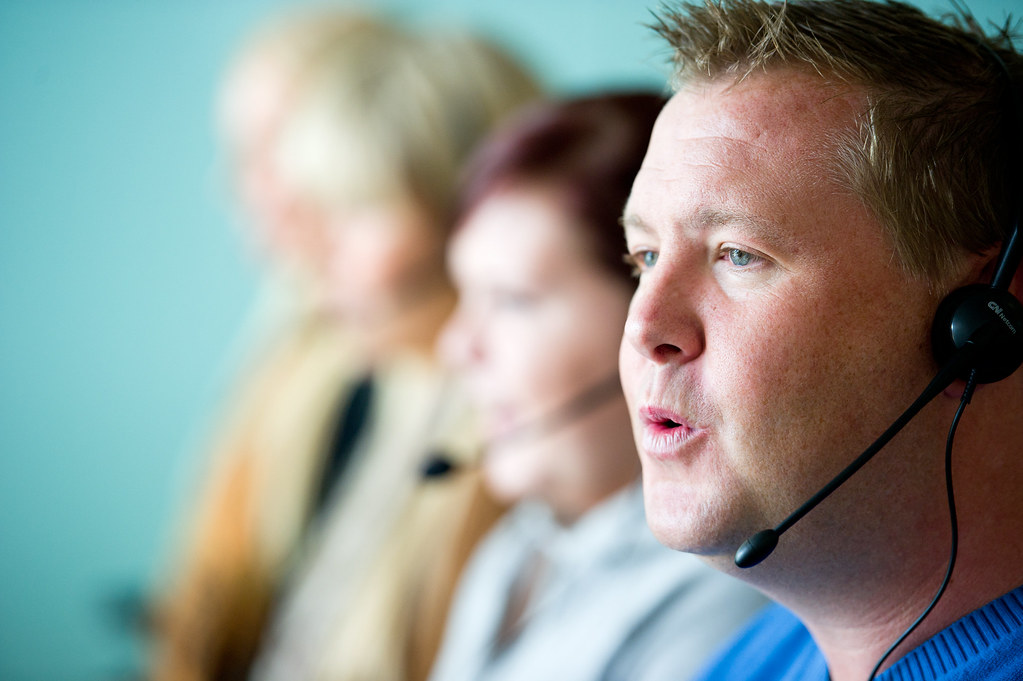 Contact your embassy or check your country’s government website and follow the instructions given. Usually, governments set up special contact routes for overseas travelers seeking assistance. Also, if you register on American Redcross’s Safe & Well website, your family and friends can check your safety.

Japan Rail Pass – a Guide to the JR Pass