Osaka Spring – Things to do in Osaka in Spring

With our guide, find out the best cherry blossom viewing spots and other spring attractions and events in Osaka.

From late March to the beginning of April, Osaka’s sakura (cherry blossoms) trees bloom into life, coloring the city in fantastic pink and white. Japanese people cherish this short period by having picnics with friends, family and lovers in their shade. In Osaka, you can find some of the most beautiful hanami (flower viewing) spots in Japan.

Away from the cherry blossoms, there’s plenty more going on in Osaka in spring. It is a season packed to the rafters with special events and festivals, all waiting to be checked out.

Stick with us for the highlights: 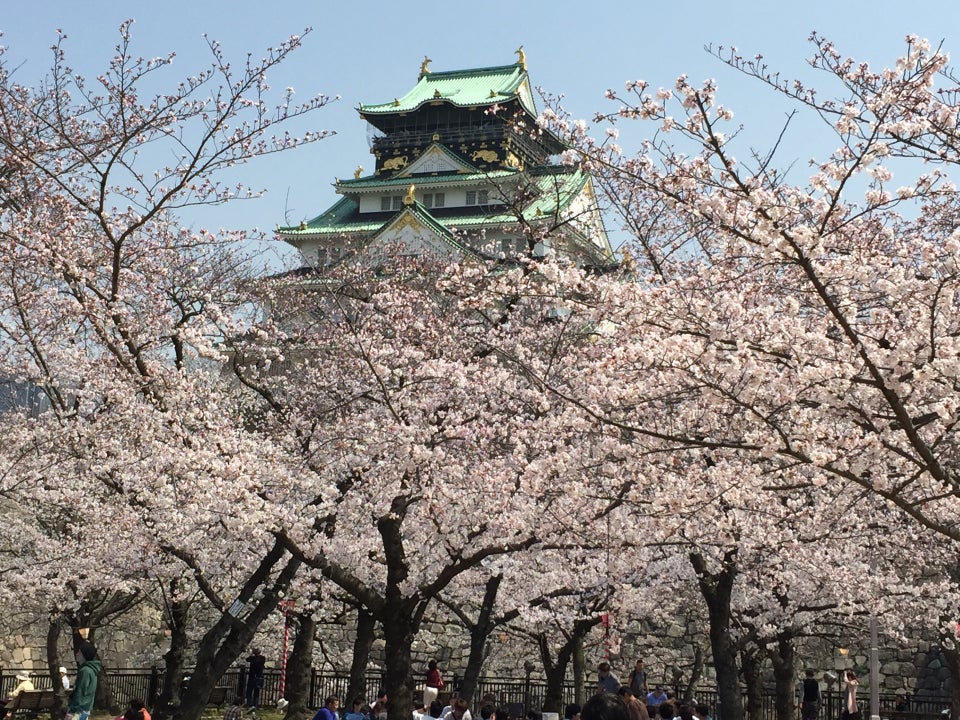 Nishinomaru Garden at Osaka Castle is probably the most famous hanami spot in Osaka. Six-hundred fully bloomed cherry trees against the backdrop of a beautiful castle is scenery you cannot afford to miss. The opening hours extend until 21:00 during the cherry blossom season. 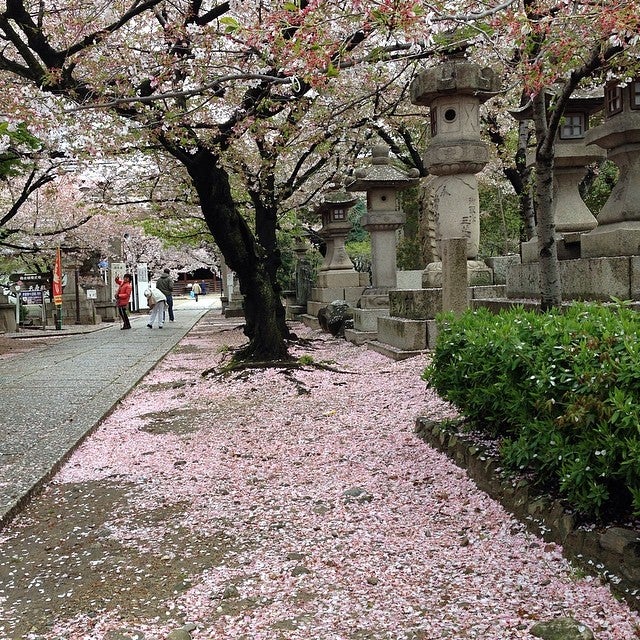 In early March, a plum festival is held at Domyoji Tenmangu shrine, but throughout the season, head here to experience first-hand the pleasant floral scent from over 800 red and white plum trees. The shrine also holds an offering ceremony to deities and performs outdoor tea ceremonies for the public. 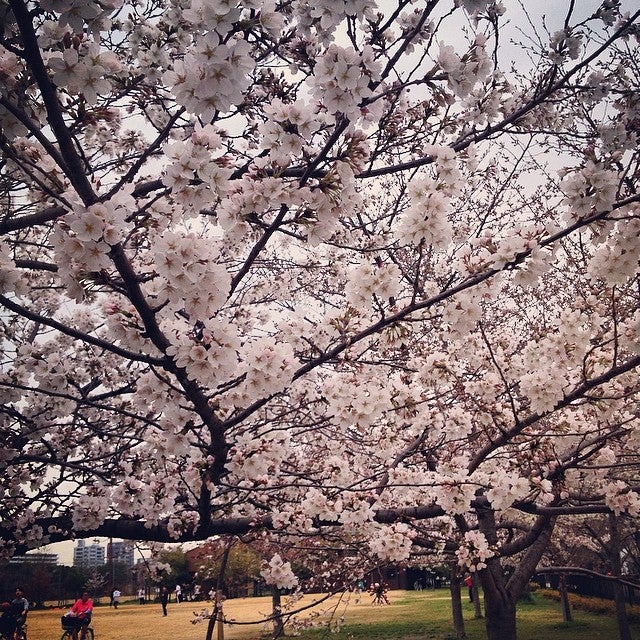 Housing over 1,000 species of trees and flowers, the Nagai Botanical Garden provides a small escape from busy urban life. Also enjoy the Osaka Museum of Natural History and a reserved forest within the grounds. 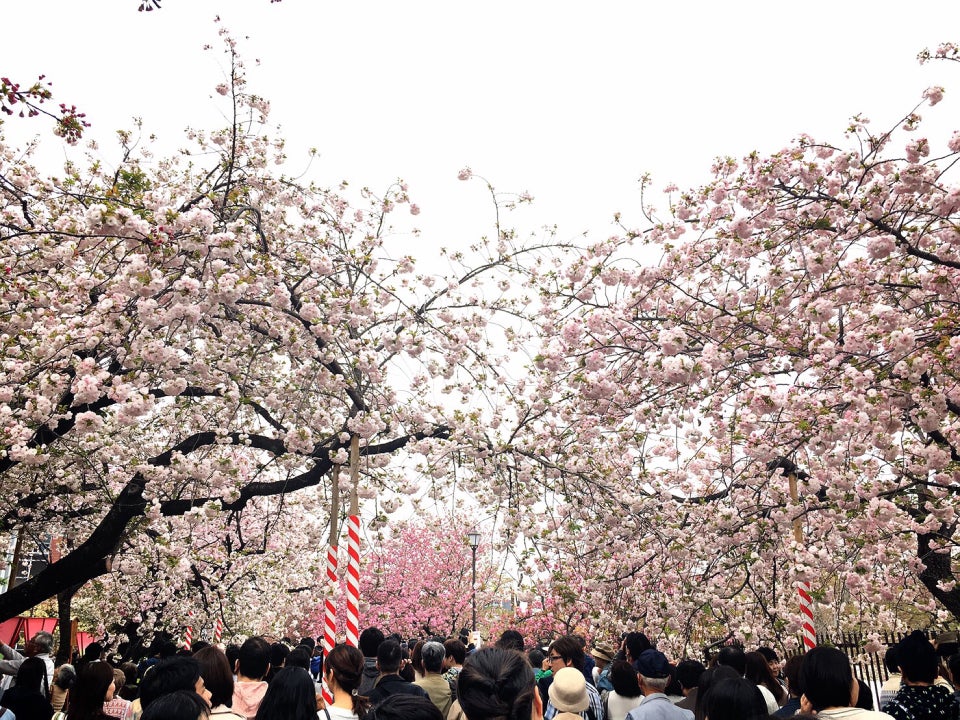 Japan Mint is the government agency responsible for the production and circulation of coins. However, the place is better known for its tunnel of some 300 cherry trees. The garden has a special opening to the public for a week in mid-April. After the viewing, enjoy a nice stroll along the Okawa river where food stalls are lined up. Have a little peak at what is waiting for you: 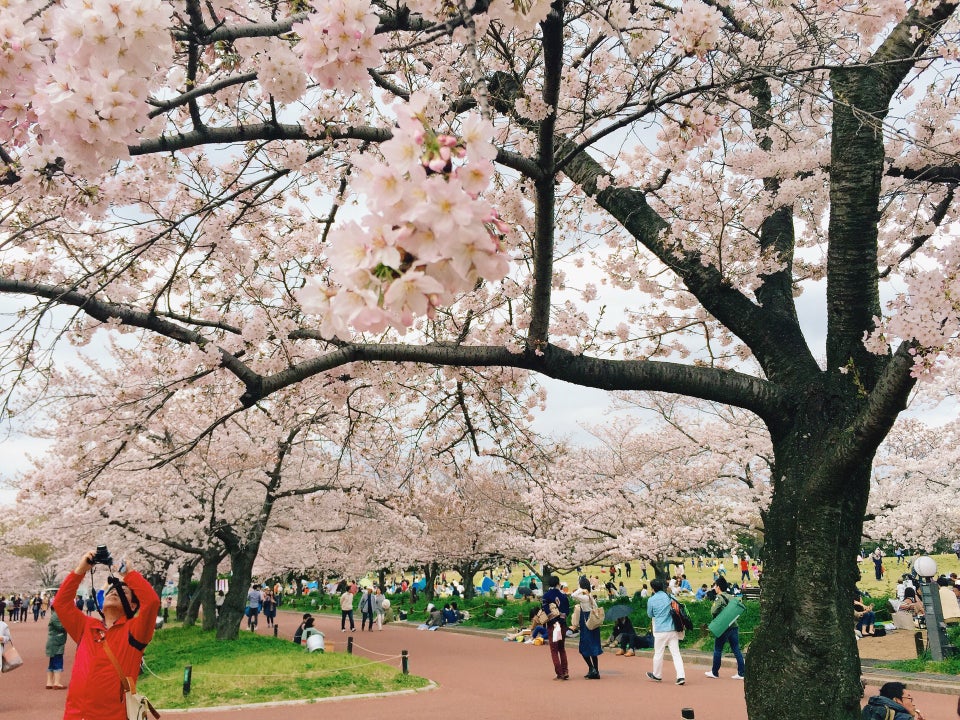 Famous for its landmark Tower of the Sun, Expo ’70 Commemoration Park consists of various educational and recreational facilities including a Japanese Garden, the National Museum of Ethnology and Osaka ’70 Stadium. 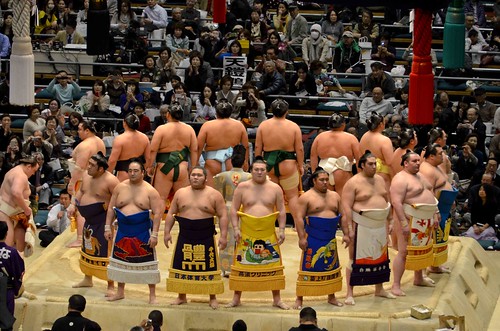 Sumo is the Japanese national sport, similar in style to wrestling. Weighing over 150 kg, competitors wrestle with all their strength to push each other out of the ring. It is told that sumo wrestlers train for hours every day and eat a large amount of “chankonabe” (high-protein stew) to maintain their weights. Only the most skilled, diligent and humble can seize the “yokozuna” (highest ranking) title. There are six annual grand sumo tournaments and Osaka hosts one of them every March. 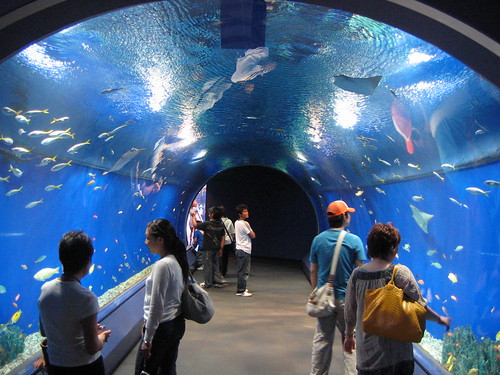 A number of holidays cluster between the end of April and the beginning of May, becoming a week-long holiday called Golden Week. If you’re planning to visit famous attractions such as Universal Studios Japan or Osaka Aquarium Kaiyukan in March, keep in mind that almost the entire population of Japan is on holiday during this period. 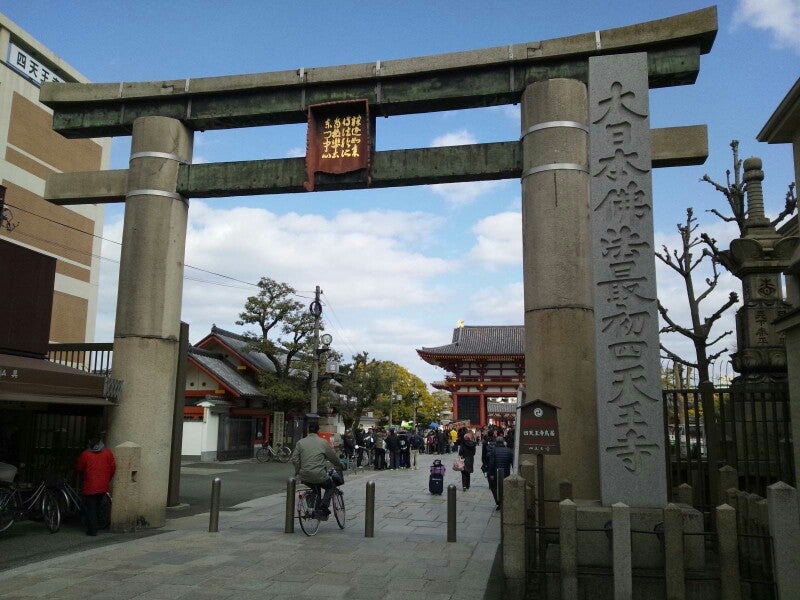 Higan is a Japanese holiday that celebrates the spring/autumnal equinox. Spring Higan takes place in mid-March for seven days (three days before and after the equinox). During this period, Japanese people visit Buddhist temples and leave offerings at their ancestors’ graves to pay respect. At Shitennoji Temple, you can watch the rituals and enjoy various stalls lined up around the temple. 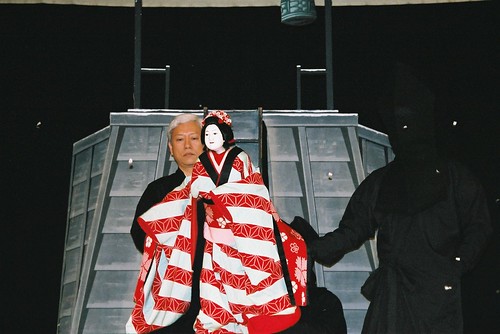 Bunraku is a traditional Japanese performing art. The term originates from the first puppet show theater built in 1684. The Bunraku show consists of three performers – a narrator, a shamisen (three-stringed lute) player and a puppeteer. Bunraku was recognized by UNESCO in 2003 for its intangible cultural value. 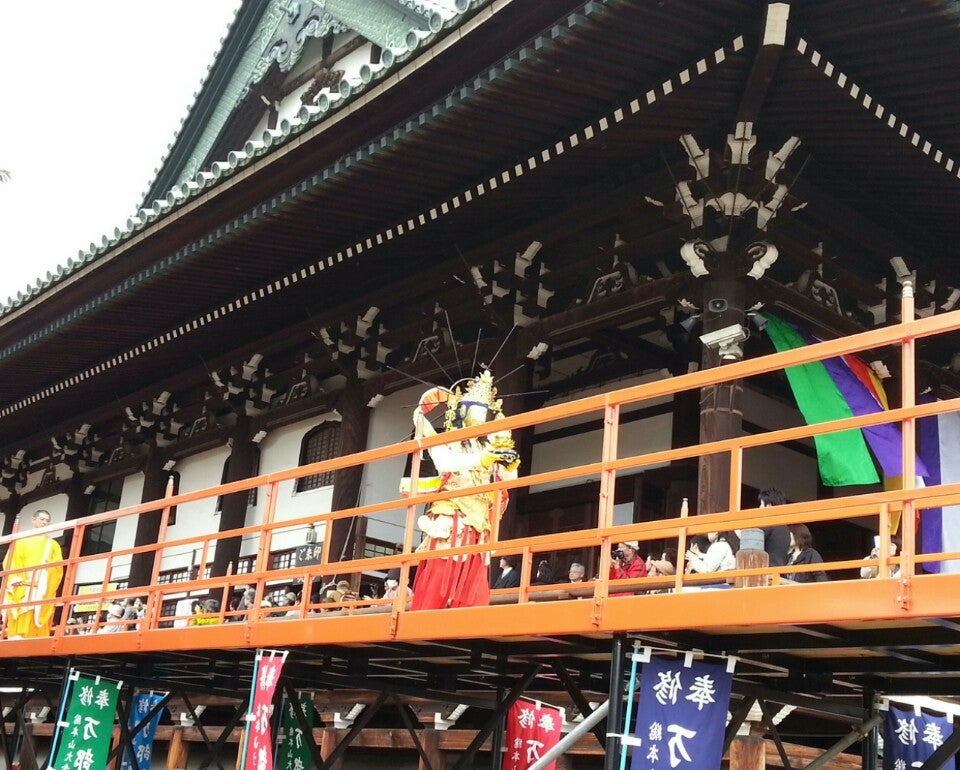 Between May 1 and 5, Dainenbutsuji temple holds the Manbu Oneri ceremony. A man wearing a golden mask walks around the temple while monks chant 10,000 sutras for the Buddhist saints’ ascension to paradise.

Travelers love Osaka! How about you? Let’s share our experiences with people around the world.

Spring in Japan – a Complete Guide

Sengakuji Temple – the Resting Place of the 47 Ronin

Osaka Nightlife – Things to Do in Osaka at Night

Category Ranking【Things to Do in Osaka】