Planning a trip to Shiretoko National Park? Make sure you first read our guide, packed with tips and advice to make the most of it.

What to do in summer?

What to do in spring and winter?

Shiretoko National Park was designated a national park in 1964 and in 2005 recognized as a UNESCO World Heritage Site.

“Shiretoko” is derived from the Ainu words, “sir etok” meaning “end of the Earth.” Befitting, given Shiretoko National Park’s location on the northeast peninsula of Hokkaido, the northernmost island of Japan.

Shiretoko National Park is also known as “Waterfall Kingdom” because of its numerous and spectacular waterfalls. To explore these waterfalls and the rest of the park, visitors often start at either the town of Shari or Utoro.

Its remote location means Shiretoko National Park is a safe haven for many endangered species – ranging from the Blakiston’s fish owl to the Viola kitamiana plant. It’s also said that this park has the largest population of brown bears anywhere in Japan.

Dress according to the weather. Also, wear multiple layers because the difference in temperature between night and day can be drastic.

Shiretoko National Park is open all year. For unseasoned hikers, it’s advised you go during the summer peak season for milder weather conditions. For each season, there are a few things to keep in mind:

Spring (April, May and June)

Bear season starts in the second week of May.

For drivers, beware of deer crossing.

For whale watchers, there is a slim chance of seeing a killer whale.

Bear season concludes at the end of July.

For hikers, be careful as snow may still be present on the trails until mid-July.

Outdoor activities such as sea kayaking are available.

Japanese roses and Amur daylilys start blooming along the shoreline.

For whale watchers, various types of whales (e.g. sperm whales) can be seen. There is also a very high chance of seeing dolphins.

This is the best time to see the leaves changing.

Salmon and salmon roe (Ikura) are in season. This includes the rare fatty salmon, Sakeji, which is only available at the start of October.

Waterfalls are frozen and Shiretoko National Park is covered in snow.

Winter sports such as skiing and snowboarding are available.

Wet clothes can cause the body to lose heat. In mild cases, you’ll catch a cold, in extreme cases hypothermia could be developed.

Water resistant shirts are thus ideal for exploring Shiretoko National Park. Cotton is not recommended since it takes a long time to dry when wet. Sportswear such as Under Armour or anything made of a material like polyester is ideal.

There is a high chance of rain, so bring a windbreaker and a poncho.

Due to the heavy snowfall during winter, water resistant pants are a must to prevent yourself from getting drenched.

Bear bells can be purchased at Rausu Visitor Center (知床羅臼町観光協会) .

If bear bells don’t put you at ease, you can always rent bear spray from the mountain huts. 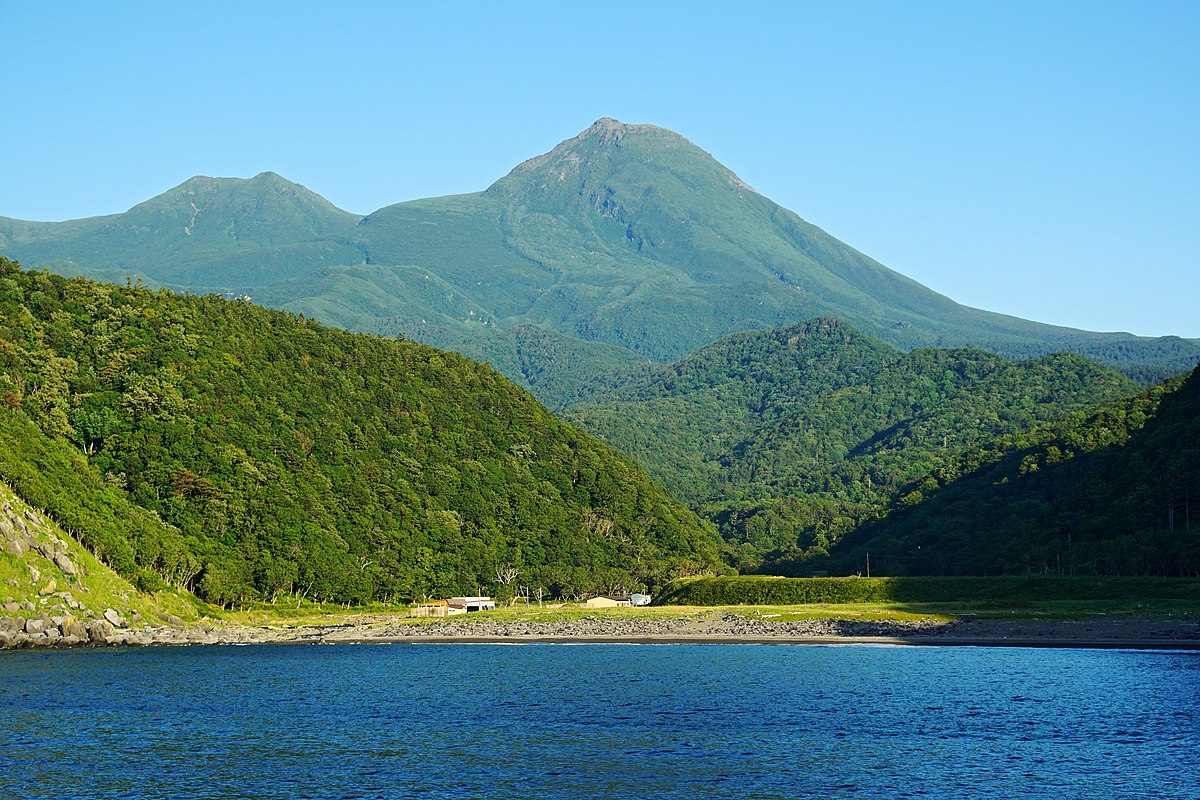 At 1,660m, this volcano is the tallest mountain in Shiretoko.

The opening festival for Mount Rausu is held on July 3rd each year – marking the start of the climbing season.

Despite Shiretoko National Park being open all year, its most famous site, Shiretoko Five Lakes, closes from late November to late April.

Shiretoko Five Lakes is comprised of 5 small lakes formed by the eruption of Mount Io. There are two trails at this site: the 800m wooden elevated boardwalk and the ground pathway.

The elevated boardwalk only goes to the 1st lake, but it’s free, requires no reservations and wheelchair accessible.

The ground pathway, on the other hand, requires an admission fee of 250 yen and official guided tours are mandatory during bear season. Tours cost around 5000 yen and reservations can be made here. 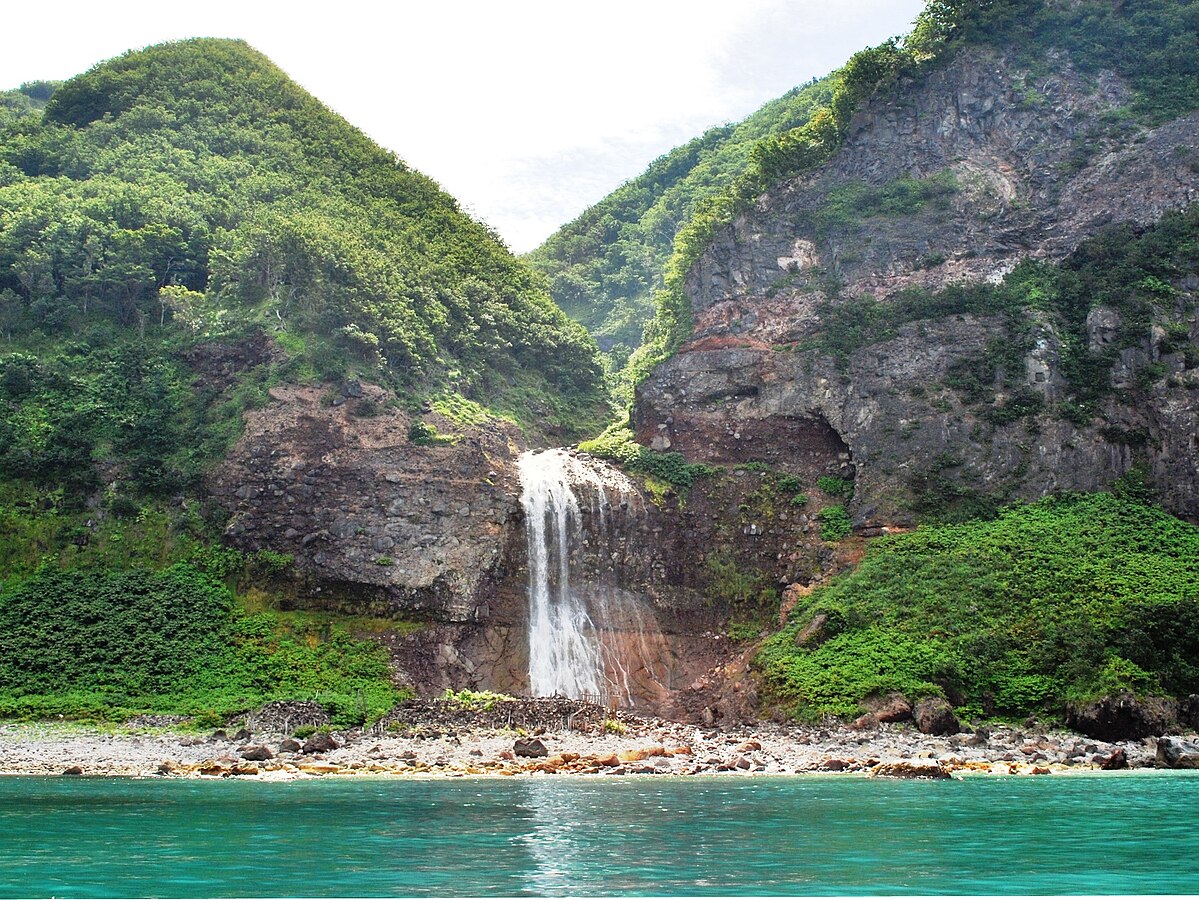 Kamuiwakka Falls is only open from June to mid-November.

For safety reasons, the top of the waterfall is off-limits with only 140m of the lower section open to the public.

Kamuiwakka means “river of the gods” in the Ainu language. Wade through the natural hot springs here, with  Japanese waraji straw sandals available to rent at Shiretoko Nature Center if the idea of getting your shoes and socks wet doesn’t appeal.

Since the road to the falls is closed off to public, you can only reach it via a shuttle bus from Shiretoko Nature Center.

A 20-minute walk away from Shiretoko Nature Center, this riverless waterfall sources its water from groundwater flowing out of a crack in the cliff. Though unassuming, you’ll be rewarded with a spectacular view of the Sea of Okhotsk upon reaching Frepe Waterfall.

Due to its resemblance to tears, it’s also known as “Maiden’s Tears” (Otome No Namida). 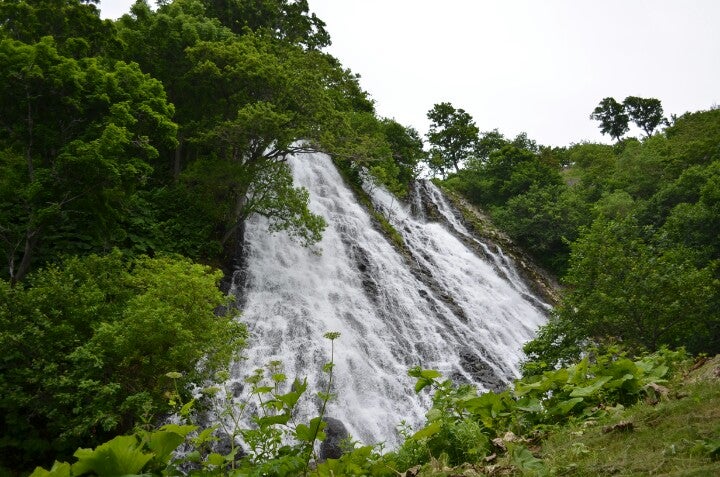 Found along National Route 334, this majestic waterfall is known as the “Twin Beauties Waterfall” because of its split in the middle.

There are stairs that lead you to the midpoint of the waterfall, and at the top there is an observatory which boasts magnificent views of the surrounding mountains and the Sea of Okhotsk.

Kunashir Island in the Distance

Also found along National Route 334, Shiretoko Pass, a popular stop amongst drivers, commands impressive views of Mount Rausu, the Sea of Okhotsk and the Kunashir Island.

Rusha Bay is a popular spot during the summer for bear watching. This is done from the safety of a cruise boat.

What to do in summer?

In addition to boasting stellar views, many visitors come to Shiretoko National Park for its hiking, with a mixture of beginner and advanced trails.

Rangers at Rausu Visitor Center will be more than willing to help you with the planning of your hike.

There are two trails at this popular hiking destination: the Iwaobetsu Course and the Rausu Onsen Course.

The Iwaobetsu Course, the preferred course of the two, starts at Iwaobetsu Hot Spring. It’s also the easier or the two.

The Rausu Onsen Course starts at the Rausu Onsen Campground. Since this trail is roughly a 15km round trip and takes about 12 hours, many hikers embark as early as 5 in the morning. Pack lots of water because the streams on this trail may contain high concentrations of sulfur.

Due to the many volcanic mountains in the area, Shiretoko National Park is a popular onsen retreat.

Found by Kamuiwakka Falls, this hot spring is outdoor and unmanned, so it doesn’t follow your traditional onsen etiquette. Many visitors go in their bathing suits.

The water at this hot spring has a pH of 4, so be careful not to get it in your eyes and hair.

Close to Shiretoko Five Lakes, Iwaobetsu Onsen is located by Chinohate Hotel and a great place to wind down after hiking. This onsen also offers two types of hot springs: Sandan No Yuki and Takimi No Yu.

Most people go nude in Takimi No Yu, while most people wear their bathing suits in Sandan No Yuki. The former is popular amongst couples because it’s smaller and more secluded.

Sandan No Yuki is closed during winter, while Takimi No Yu is open all year.

Close to Rausu Onsen Campground, this onsen is often packed with individuals who have just finished hiking Mount Rausu.

Due to the limited public transportation, visitors may opt for a cruise – allowing them to see all the sites from afar in one day.

This company provides cruises every day from April 28th to October 25th.

What to do in spring and winter?

From late January to early April, drift ice is present around the coast of Shiretoko National Park.

Visitors come here to take pictures and walk on it. However, to walk on it, visitors must pay for guided tours which insist on the wearing of a wetsuit. These tours can be booked through hotels in Utoro.

Come and watch this yearly snowball fight competition. Showashinzan International Yukigassen is hosted anytime between the end of January and early March.

This snowball fight competition is no child’s play. This is where grown adults strike down their foes with compacted snowballs. An increasing amount of foreign teams are also participating in this tournament.

This event is held from mid-April to mid-June.

Just minutes from Murodo station, visitors walk along the Tateyama Kurobe Alpine Route, surrounded by walls of snow on either side. These walls can reach a height of 20m!

Never seen the aurora lights? You can now see them near Shiretoko Five Lakes. Shiretoko Fantasia is a 20 minute artificial light and sound show that can be seen each night between early February and late March of each year.

Considering cruise services stop in the winter, hot air balloons are another great way to enjoy the sights from afar.

Overlooking the Pacific Ocean, Rasu Nature and Green Campground boasts a fantastic view of the sunrise and facilities for tents and RVs both.

At the foot of Mount Rausu, Rasu Onsen Campground is ideal for hikers.

For budget travelers, this youth hostel is around 3,900 yen per night.

This hotel is conveniently located in the general vicinity of Shari Bus Terminal and Shiretoko-Shari JR station.

To reach Utoro and Shari, Memanbetsu is the most convenient airport. The Shiretoko Airport Liner bus service can take you from the airport to Utoro and Shari.

The closest train station is Shiretoko Shari Station. From there, you can get to Utoro and Shari by bus.

If you’re traveling from Sapporo to Shiretoko, the Chuo Bus offers bus services to Shari and Utoro.

Here is a detailed guide on getting to Shiretoko National Park.

Top 46 Things to Do in Hakone

Top 12 Things to Do in Hokkaido

Otaru – Everything You Need to Know

Category Ranking【Things to Do in Hokkaido】