Japan's national parks attract millions of visitors each year but with 32 to choose from, deciding on the national park for you can be difficult. Luckily, we've come up with a list of the 19 best national parks in Japan to help you out. Take a look.

Japan isn’t all modern skyscrapers and crowds, there’s also abundant and untouched natural beauty, the best of which is found in the country’s national parks. After a brief history lesson, we’ll count down the best national parks Japan has to offer.

In 1872, the USA created the world’s first national park – Yellowstone. It was a few years before Japan got around to doing the same, but in 1931, the National Park Act was passed and Setonaikai, Unzen-Amakusa and Kirishma-Yaku became the nation’s first.

Without further ado, here are the 19 best Japanese quasi-national and national parks:

Shiretoko National Park, a UNESCO world heritage site, is home to a large population of brown bears. Certain trails will be closed if a bear is sighted, but for extra safety, think about purchasing a bear bell at the Rausu Visitor Center (知床羅臼町観光協会).

Exploring the entirety of this breathtaking park will take more than a day and require camping outdoors. However, for the less adventurous, picking and choosing the most famous sites is a good way to see the park’s highlights. These include Shiretoko Five Lakes (Shiretoko Goko), Kamuiwakka Falls and the Shiretoko Pass.

Access: The closest bus stop is Utoro and buses run sparingly, so please plan accordingly. Here is a detailed guide on getting to Shiretoko National Park. 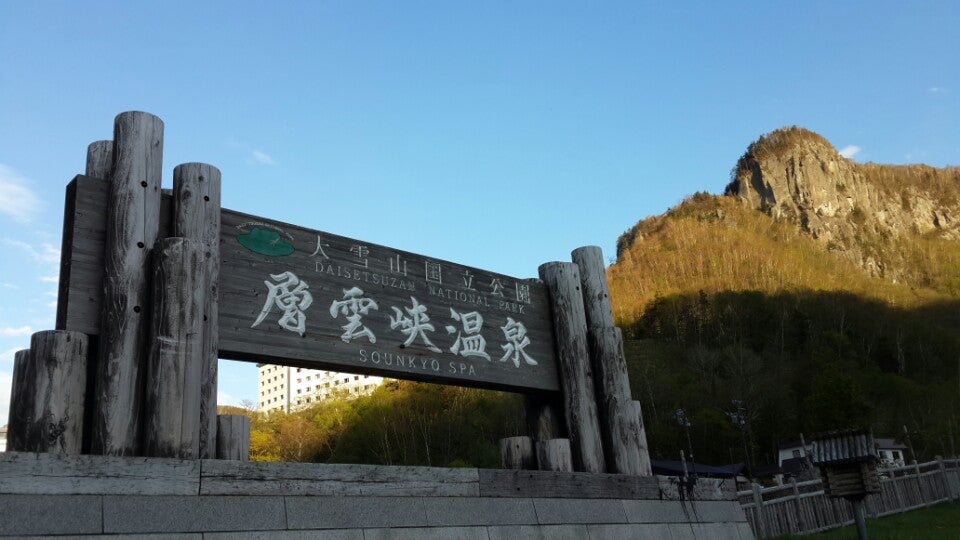 Daisetsuzan National Park is the largest national park in Japan. Its vast views are to die for, literally – claiming the lives of 5 individuals each year.

This national park is also home to Mount Asahi (Asahi-dake), the tallest mountain in Hokkaido at 2,290m. This mountain and national park are incredibly popular – bringing in millions of visitors each year.

Access: The closest bus stop is Asahidake Onsen with infrequent bus services from Asahikawa Station. Therefore, it is recommended that you rent a car.

At 18,290 hectares, Kushiro-shitsugen National Park is the largest wetland park in Japan – drawing in half a million visitors each year. The main attraction is the beautiful endangered Japanese Cranes found nowhere else in Japan. Another attraction is the Kushiro City Marsh Observatory – allowing visitors to take in breathtaking vistas of the whole area.

Access: Onnenai Visitor Center bus stop, about 35 minutes from Kushiro-eki bus terminal is the most convenient stop. This bus terminal is about 8 minutes away from JR Kushiro station by foot. 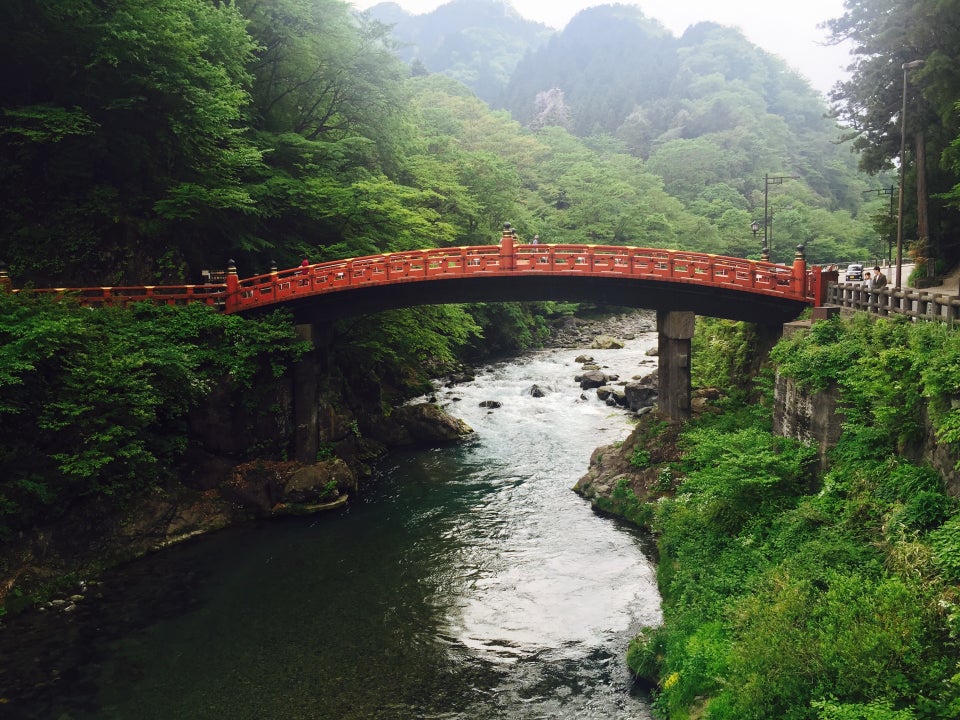 Only 125km away from Tokyo, Nikko National Park is a popular day trip for Tokyoites. Magnificent shrines, temples, waterfalls and lakes litter the area but perhaps the biggest attractions are Nikko Tosho-gu shrine and Rinno-ji temple, both of which are UNESCO World Heritage Sites. Another attraction is the 97m Kegon Falls featured in the Japanese Ministry of the Environment’s top 100 waterfalls in Japan list.

Access: Nikko Station is 135 minutes away from Shinjuku station by train. 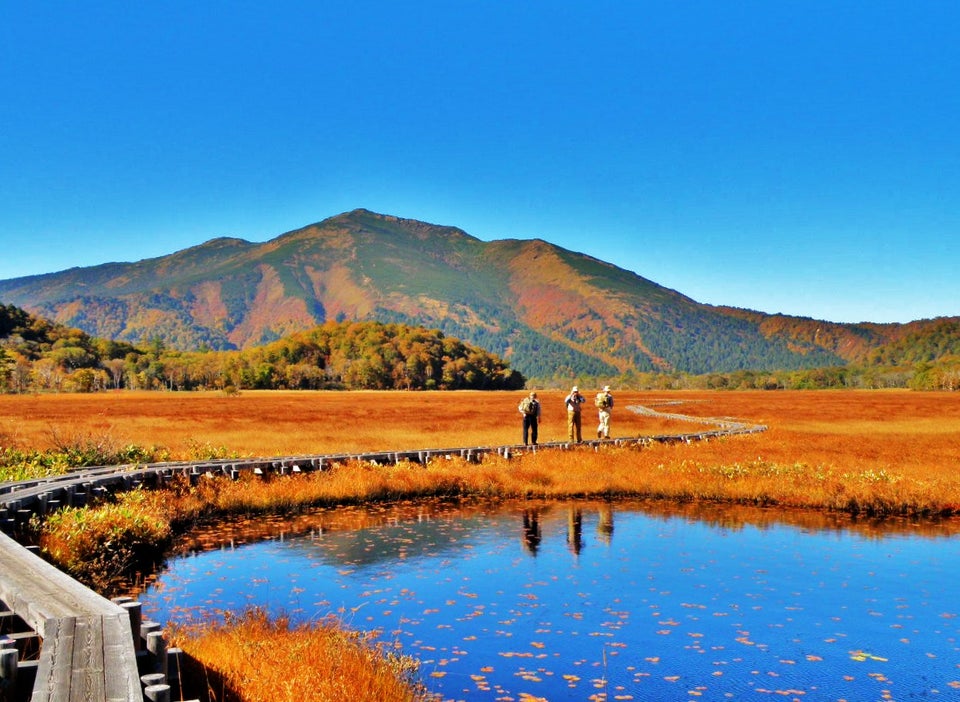 Its most famous attraction is the Ozegahara Marshland. Hiking through is a humbling experience with Mount Shibutsu and Mount Hiuchigatake flanking you on either side. In addition, Oze National Park offers a variety of adrenalin fuelled activities such as bungy jumping.

Access: About 80 minutes from Tokyo to Jomo-Kogen station by train. From there, it’s about 50 minutes to Oshimizu, a popular hiking trail, by bus.

Photo Credit: Jordy Meow (Own work) [CC BY 3.0], via via Wikimedia Commons

On the outskirts of Tokyo, Chichibu-Tama-Kai National Park is not as popular as the others but is nonetheless a great spot for hiking, with a total of 8 peaks all over 2000m. This includes the famous Mount Mitake and Mount Mitsunime. After climbing to the top of Mount Mitsunime, you’ll be rewarded with the 2000-year-old Mitsumine Shrine.

Access: A popular route is going from Ikebukuro to Chichibu Station by train which takes roughly 75 minutes.

Despite being a subprefecture of Tokyo, Ogasawara National Park, located on Ogasawara Islands (Bonin Islands), is a 26-hour ship ride from mainland Tokyo. Regardless, the spectacle that this national park has to offer is worth the long journey. Over 140 types of exotic plants and animals can be seen here. 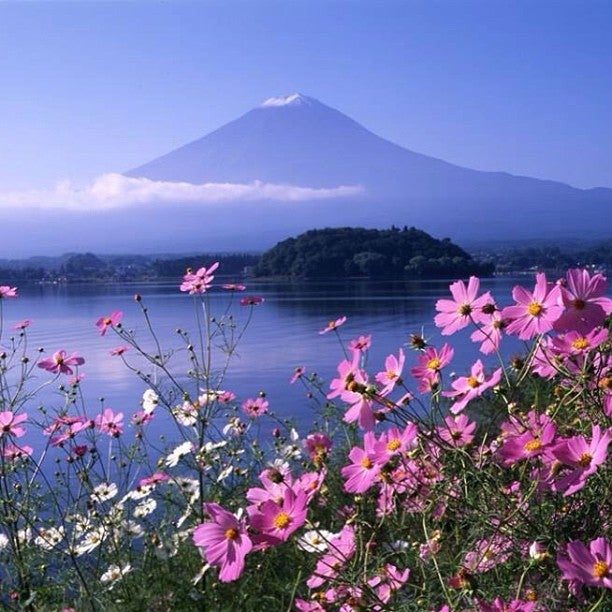 Access: There is a bus from Shinjuku Bus Terminal to Fuji Subaru Line 5th Station.

Designated as a UNESCO Man and the Biosphere Reserve in 1980, Hakusan National Park is internationally renowned and draws big visitor numbers each year. In the middle of this national park stands the sacred Mount Hakusan. Similar to Mount Fuji, visitors ascend the summit of Mount Hakusan to see the sunrise – quite the spiritual experience!

Access: Hakusan Taikenmura is the closest bus stop which is about 110 minutes away from Kanazawa Sation. It takes about 150 minutes from Tokyo to Kanazawa station by Shinkansen (bullet train).

Minami Alps National Park’s main event is the Akaishi Mountain range with its numerous peaks over 3000m in height. This includes the second tallest mountain in Japan that is Mount Kita (Kita-dake). Said to be one of the most hostile mountain ranges, this hike is no easy feat, thus attracting a lot of hardcore mountain climbers. These climbers are rewarded with its gorgeous lush green forests.

Access: The closest bus stop to Mount Kita is Hirogawara which is about 120 minutes from Kofu station. It takes about 90 minutes from Shinjuku to Kofu Station by train. 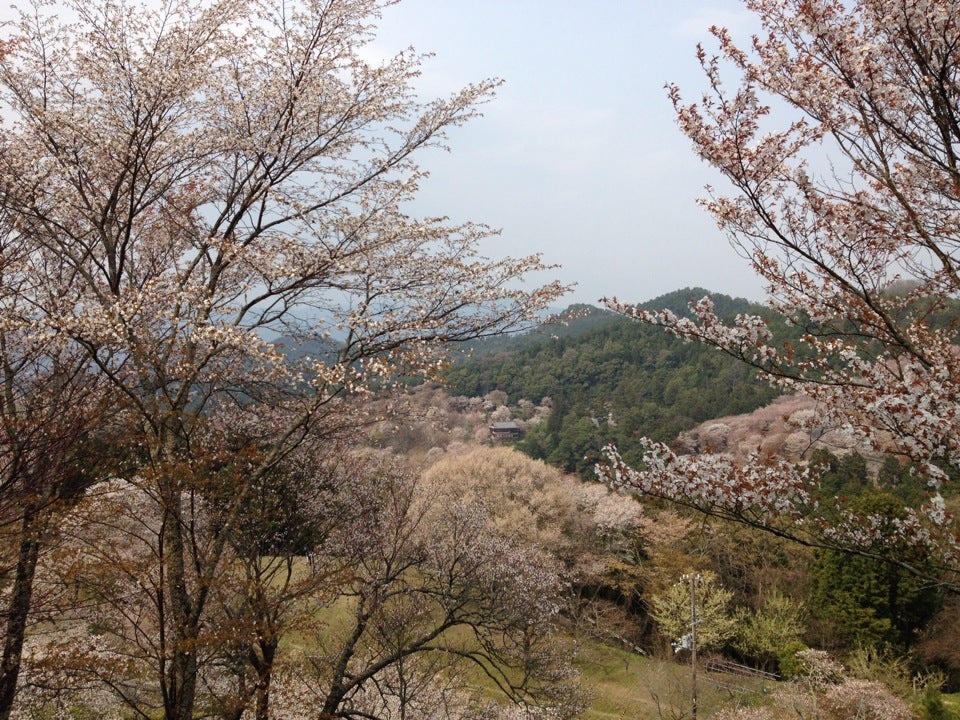 Access: The closest train station is Yoshino which is about 90 minutes away from Osaka Abenobashi Station. 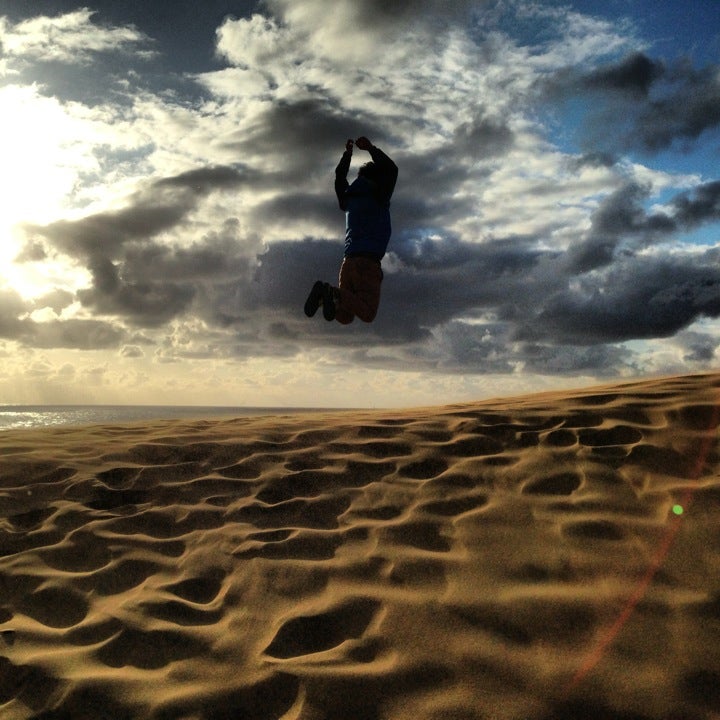 Access: Take a bus from Tottori station to Tottori Sand Dunes. There are several express buses from major cities to Tottori. 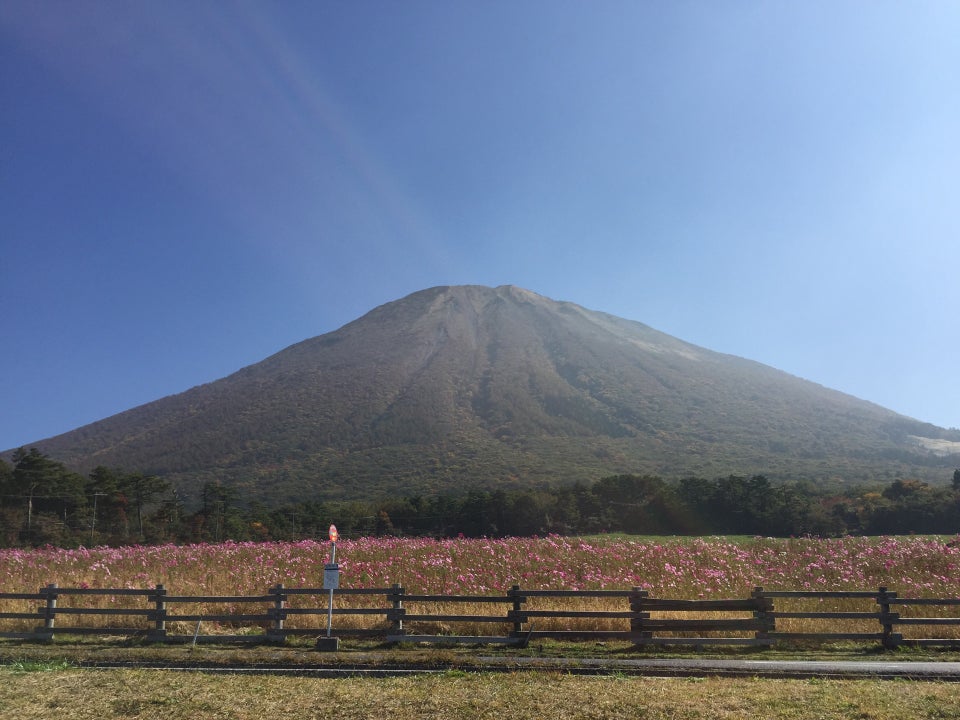 Mount Daisen, in the Tottori part of Daisen-Oki National Park, is the main focus of this park. On the slopes of this volcanic mountain are the temples Daisen-ji and Izumo-taishi, the latter of which is one of the oldest Shinto shrine in Japan.

The other focus of Daisen-Oki National Park is the UNESCO recognized Oki Islands. Dogo Island (Dogojima), the biggest of the Oki Islands, is a popular getaway.

Access: The Daisen-ji Temple bus stop is about 50 minutes away from JR Yonago Station. 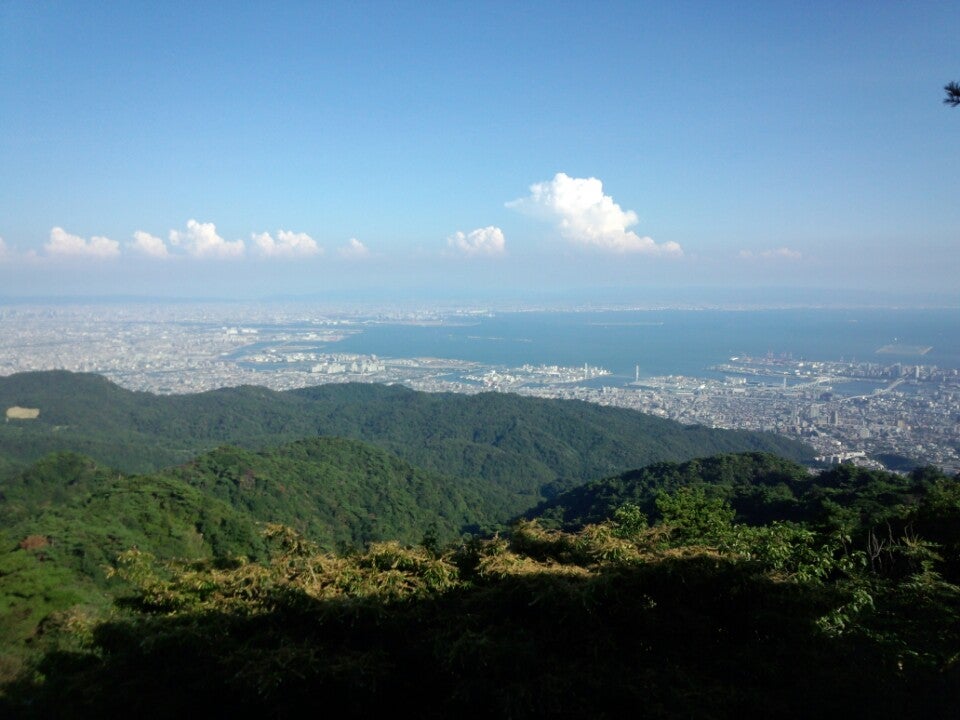 Setonaikai National Park is a marine park – spanning the Seto Inland Sea and ten bordering prefectures. There are 3,000 islands in all and the famous “floating” Itsukushima Shrine (also featured in our “Top 13 Landmarks in Japan” article) can also be found here.

Mount Rokko (Rokko-san), a popular tourist resort, provides a great view of the Inland Sea. Another popular spot is the Naruto whirlpools, the name of which is derived from “Naru” (roaring) and “Seto” (Inland Sea).

Access: To get to Itsukushima Shrine, get a ferry from Miyajimaguchi to Miyajima pier. Miyajimaguchi is 27 minutes away from Hiroshima Station by train.

Saikai National Park is a seaside park located in Nagasaki. Included in the park are the Kujuku Islands, meaning “99 Islands” in Japanese. Despite its name, the Kujuku Islands actually consists of a whopping 208 islands.

Saikai National Park is famous for its many observatories – ranging from Ishidake Observatory to Obae Lighthouse (大バエ灯台). The views of the coasts from these observatories are awe-inspiring.

Access: To get to Obae Lighthouse, it’s about 90 minutes by bus from Nagasaki airport to Ikitsuki Island.

Kirishima-Yaku National Park spans Kagoshima and Miyazaki prefectures. This includes the Kirishima-Kagoshima Bay and the island of Kuchinoerabu-jima. Fun fact: the 1967 James Bond film, You Only Live Twice, was filmed here in Kirishma. It’s also home to the 75m high waterfall, Senrigataki Falls.

Kirishima-Yaku National Park is also famous for its volcanic mountains, one of which is on Kuchinoerabu-jima. Just 2 years ago, Mount Shindake, one of Japan’s most active volcanoes, caused all 140 residents of Kuchinoerabu-jima to be evacuated for fear of imminent eruption. Another volcano, Mount Takachiho, is a popular hiking spot in Kirishma.

Access: The bus from JR Kumamoto Station to Takachiho takes about 160 minutes.

Sanriku Fukko National Park emerged from the ruins of the Great East Japan earthquake of 2011. Fukko, literally meaning “reconstruction” in Japanese, is a reference to the devestation left in the wake of the earthquake and the fact that several smaller parks were merged to create one larger, unified park. The park is as new as it is beautiful and particularly famous for its beaches – the best of which are Takata-Matsubara and Jodogaham. In addition, the seafood here is incredible.

Only 90 minutes from Tokyo, many Tokyoites come to Tanzawa-Oyama Quasi-National Park to scale the holy Mount Oyama. On a good day, you might even catch a glimpse of Mount Fuji in the distance.

Access: Take the train from Shinjuku to Isehara Station. Then, take a bus to Oyama Cable.

Zao Quasi-National Park lies between Miyagi and Yamagata prefectures, home to the Ou Mountains. Mount Zao is the most notable peak of the range – attracting many hikers here during the warmer seasons. Mount Zao’s crater lake, Okama, also known as the “Five Color Pond” due to its changing colors is also worth a visit.

Access: It’s a 170 minute Shinkansen ride from Tokyo to Yamagata Station. From there, take a bus to Zao Onsen which is about 40 minutes. 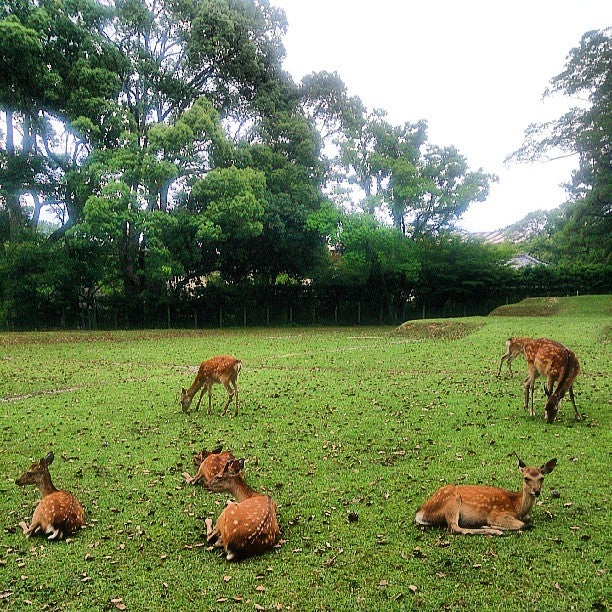 At the foot of Mount Wakakusa, Nara Park is a designated “Place of Scenic Beauty” according to the Ministry of Education, Culture, Sports, Science and Technology. This public park is perhaps most famous for its tame 1,200 or so wild Sika deer. Visitors are able to get up close, pet and feed them.  In addition to the deer, Nara Park boasts a Chaya (a traditional Japanese teahouse) where you can enjoy a nice soothing tea.

Access: Roughly 200 minutes from Tokyo to Nara Station by Shinkansen.

20 Famous Flowers in Japan and Where to See Them