What is a Japanese Summer Festival?

Summer festivals  (夏祭り/Natsu-matsuri) are an irreplaceable part of Japanese culture and eagerly looked forward to each year. During summer, disasters such as typhoons, droughts and pestilence are, unfortunately, probable. Many summer festivals are celebrated to appease deities in hopes of a disaster-free latter half of the year. However, the meaning of each festival depends greatly on the history of each area. Normally, summer festivals are carried out in the precinct of a temple, shrines, parks, public squares, streets, at the beach or on riverbanks.

The festival season reaches its climax between July and Septemeber. Each is a unique event packed with the potential for wonderful experiences, from watching fireworks dressed in yukata to enjoying Japanese delicacies from the different stalls.

Check out the rest of the article:

What to Wear to a Japanese Summer Festival?

What to do at Japanese Summer Festivals?

What to Eat at Japanese Summer Festivals?

What to Wear to a Japanese Summer Festival?

Although many people participate in summer festivals in normal clothes, wearing a yukata or jinbei is still a tradition that makes the whole experience unique and memorable.

Yukata, a simple version of the kimono, is a traditional Japanese garment normally worn in the summer. Yukata are cheap and made from breathable materials and are therefore more suited to everyday use than other traditional garments. To wear a yukata, you must fold the cloth in the middle (ohashori) to adjust the length and tie it with a belt (obi). Nowadays, the obi is normally attached to a pre-tied bow at the back for ease of use and aesthetic considerations. Click here to find out how to wear a yukata for yourself.

For ladies, yukata are generally worn together with an updo hairstyle, a pair of geta (traditional Japanese wooden sandals), kanzashi (a female hair ornament), obidome (a brooch to decorate the obi) and kinchaku (a small drawstring bag).

Whilst yukata for females are available in various lively colors and floral patterns, the men’s version is quite plain and simple. They are also distinguished by the positioning of the obi, which are generally much lower than on the female version.

Nowadays, couples wearing yukata at a summer festival is a common sight. Not only does it set the mood, it also makes the whole experience much more special and romantic.

Style considerations aside, yukata prevents you from taking big steps when you walk and makes going to the restroom somewhat of a challenge. Thus, many people opt out and choose a jinbei instead.

Jinbei is a Japanese casual kimono consisting of a medium-length-sleeve top and shorts. It’s comfortable, simple to wear and allows wearers to easily move around. It’s typically worn by Japanese men and children.

What to do at Japanese Summer Festivals?

Similar to festivals in the US or Canada, Japanese festival-goers have the chance to take part in a wide variety of games and activities like cork gun games and ring toss. However, the most common game found at summer festivals in Japan is the scooping (sukui) game. Super ball scooping (スパーボールすくい/super ball sukui),  goldfish scooping (金魚すくい/kingyo sukui), and yoyo scooping (ヨーヨーすくい/yoyo sukui) are the most popular.

The rules of super ball and goldfish scooping are very similar in that both use a paper net to scoop the colorful bouncy balls or goldfish into a bowl. The trick of these games is to keep the net from dissolving or tearing by using as little force as possible and only dipping the net into the water when necessary.

For the yoyo scooping game, players use a metal hook attached to a paper string to hook the balloons (yoyo) out of the water. The game is challenging because the paper string may dissolve at any time!

A big part of any summer festival is the various performances put on by local people including traditional dances and taiko drum performances. The type of performances varies greatly from region to region, but dances are generally simple with repetitive moves. As a result, you too can get in on this fun!

Another highlight of any Japanese summer festival is the fireworks (hanabi) – attracting thousands and thousands of spectators each year. Firework displays in Japan are not only beautiful but have the added bonus of being exceptionally long (from 30 minutes to 2 hours). For more information, check out our Japanese Firework Festivals guide.

What to Eat at Japanese Summer Festivals?

Food stalls are another defining characteristic of a Japanese summer festival. They are the perfect places for tourists to try the most popular Japanese foods, such as takoyaki, yakisoba and kakigori.  However, food stalls are always busy, so be ready to wait in line.

Takoyaki (octopus ball), one of the best-selling Japanese summer festival food, is a ball-shaped Japanese cake made of wheat-based batter and a chunk of octopus. It’s normally eaten together with takoyaki sauce, Japanese mayonnaise and a sprinkle of green seaweed and katsuobushi (dried tuna flakes).

Okonomiyaki, sometimes referred to as Japanese pizza, is a pancake-style dish made by frying a mixture of ingredients (flours, meat, cabbage, cheese, seafood, etc.) on a hot iron plate. People often add okonomiyaki sauce, mayonnaise and katsuobushi to give it some flavor.

Japan loves both its raw and grilled seafood. At summer festivals, you’ll find squid, fish, and oysters being grilled right before your very eyes.

Yakitori, an extremely popular festival food, is chicken meat, skin or organs speared onto skewers, then seasoned with soy sauce or salt and finally grilled on the fire. In the summer, nothing is better than having some grilled chicken sticks and sipping on an ice cold beer.

Grilled corn brushed with soy sauce is also a popular food at festivals.

Candy apples (ringo-ame), also common in the West, are apples covered in caramelized sugar. In addition to apples, grapes, strawberries and tangerines are also candied here.

A favorite amongst Japanese children, chocolate bananas, unsurprisingly, are bananas dipped in chocolate and decorated with colorful toppings.

Kakigori is shaved ice with condensed milk and a flavored syrup of your choice (green tea, strawberry, apple, etc.). It’s very effective in dealing with the sweltering summer heat.

Karaage, Japanese deep fried chicken, is loved everywhere in Japan. The juiciness of the meat and the crispiness of the skin is guaranteed to leave you craving more.

At a Japanese summer festival, fluffy cotton candy is packed into colorful plastic bags adorned by a whole host of different

Gion Matsuri is probably the most well-known festival in Japan. Besides the main float parades on July 17th and July 24th evening, minor festival events take place throughout the entire month of July. Gion Matsuri has been celebrated since 869 as a religious ceremony to appease the deities during an epidemic. Please click here for more information about the festival.

Most of the events in Ueno Summer Festival take place around Shinobazuno-ike pond in Ueno Park over the span of one month. The events include an antique market and a paper lantern floating ceremony – climaxing with the main parade on the evening of July 23th. Please click here for more information about the festival.

Tenjin Matsuri is not only the biggest summer festival in Osaka but also the biggest boat festival in the world with a history dating back to the 10th century. The highlights of this festival are its parades, bonfires and fireworks. Please click here for more information about the festival. 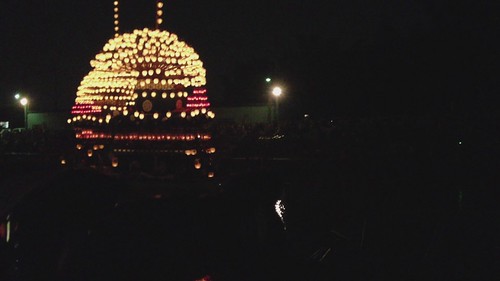 Along with Tenjin Matsuri, Owari Tsushima Tenno Matsuri is another noteworthy river festival in Japan. Though many events are scheduled throughout the festival, the most significant is the boat parade that takes place in the evening. Please click here for more information about the festival.

What makes Aomori Nebuta Festival unique is that it’s full of extraordinary and colorful paper floats. The festival has survived several banning periods and is still celebrated annually. Please click here for more information about the festival.

Also known as the Pole Lantern Festival, Kanto Festival’s highlights include numerous performers displaying their bamboo pole balancing skill. The skill of the performers using their foreheads, shoulders, hips or palms to lift heavy poles full of lanterns is remarkable. Please click here and check out the official website for more information about the festival.

Although the festival was established not too long ago, Yamagata Hanagasa Festival is one of the best festivals in the Tohoku area. The most notable feature of the festival is the performance of 10,000 dancers adorned with hanagasa (a hat covered with fake safflowers). Please click here for more information about the festival.

For Ishidori Matsuri Festival, different areas within the city boast decorated taiko drum carts being pulled toward the Kasuga Shrine, all the while performing along the way. It’s referred to as one of Japan’s loudest festivals. Please click here for more information about the festival.

Awa-odori Festival is all about dancing and music. Festival-goers are welcomed to join in the fun and dance to the energetic rhythm of the music. Please click here for more information about the festival.

Besides the listed festivals, please read some our other articles for more information about summer music festival and  Japanese firework festivals. You can also check the list of upcoming summer festivals in other Japanese cities with the help of Japan National Tourism Organization and Go Tokyo.

Hello from Compathy Magazine! I'm Linh Duong. We truly hope we can be your most trusted travel companion :)