19 Weird Japanese Food and Where to Eat it

Here is a list of the weirdest food in Japan which includes natto and whale meat. We've included places where you can try these weird Japanese food too!

Disclaimer: You won’t believe what people in Japan eat! Not for the fainthearted. Turn back now.

Still with me? Don’t say we didn’t warn you. Japan has a reputation among foreigners for being different, very different. What most foreigners know of Japan is derived from their wacky TV game shows, anime, and hearsay from other foreigners. In a way, Japan is all of that and so much more. One particular aspect of Japan that greatly interests foreigners is their food. Get out your Instagram and get ready to try some of these weird food as we introduce you to them.

Where can I eat natto?

Natto, a common delicacy, can be found throughout Japan from convenience stores to supermarkets. However, if you love natto, you should head over to Mito, Ibaraki, the natto capital of the world. 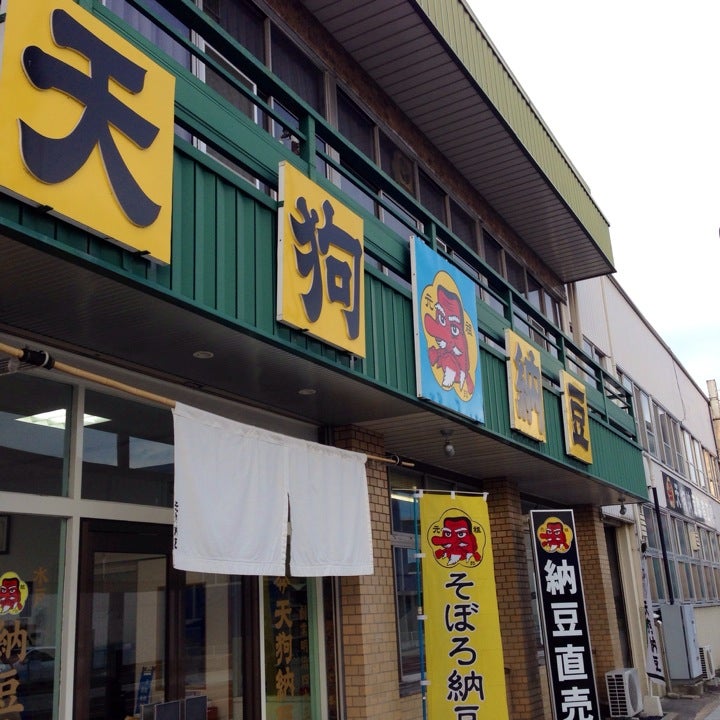 In addition to being a natto producer, find a museum and gift shop inside.

Some consider funazushi a luxury dish. It’s fermented carp – taking more than a year to prepare. It’s said that sushi originated from funazushi.

You may have heard of funazushi when you saw Karl Pilkington trying it on the TV show An Idiot Abroad. He was so repulsed by it that he vomited.

Where can I eat funazushi?

Funazushi is hard to find, but it’s regional to Shiga prefecture. Head on over to Lake Biwa in Shiga where funazushi is made from the carp caught in the lake.

This restaurant specializes in funazushi.

What is koi no arai?

Koi no arai is a dish compromising of thinly sliced raw koi. It’s typically eaten during summer as a means of cooling down.

Where can I eat koi no arai?

Due to its rarity, you can only find koi no arai in a handful of places; this includes Narita, Chiba and Kyoto. 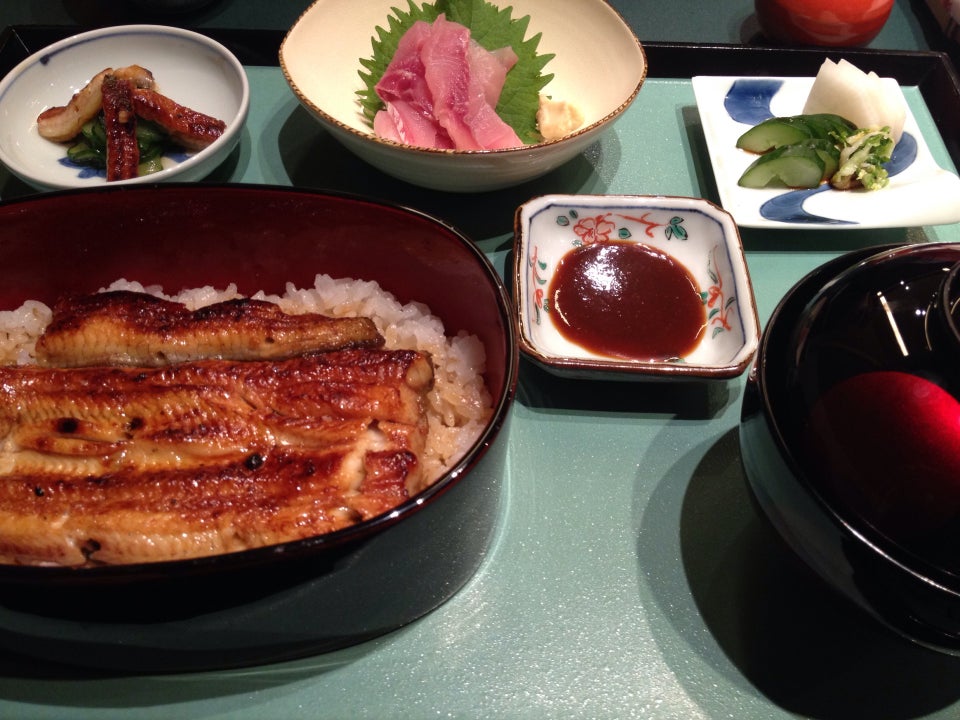 Close to Narita International Airport, Kawatoyo Honten is perfect for trying koi no arai during a layover. Find mouthwatering unagi here too.

Fugu is a pufferfish dish that can be prepared in a variety of ways. The consumption of fugu has resulted in a lot of cases of poisoning. As a result, it’s strictly regulated. To be a fugu chef, one must undergo a three-year apprenticeship. Additionally, these fugu chefs-in-training have to pass a series of rigorous exams to become fully certified. It’s said that only 35% of applicants pass.

Where can I eat fugu?

Shimonoseki, Yamaguchi is most famous for its fugu. Despite this, it can be found throughout Japan in restaurants specializing in fugu. 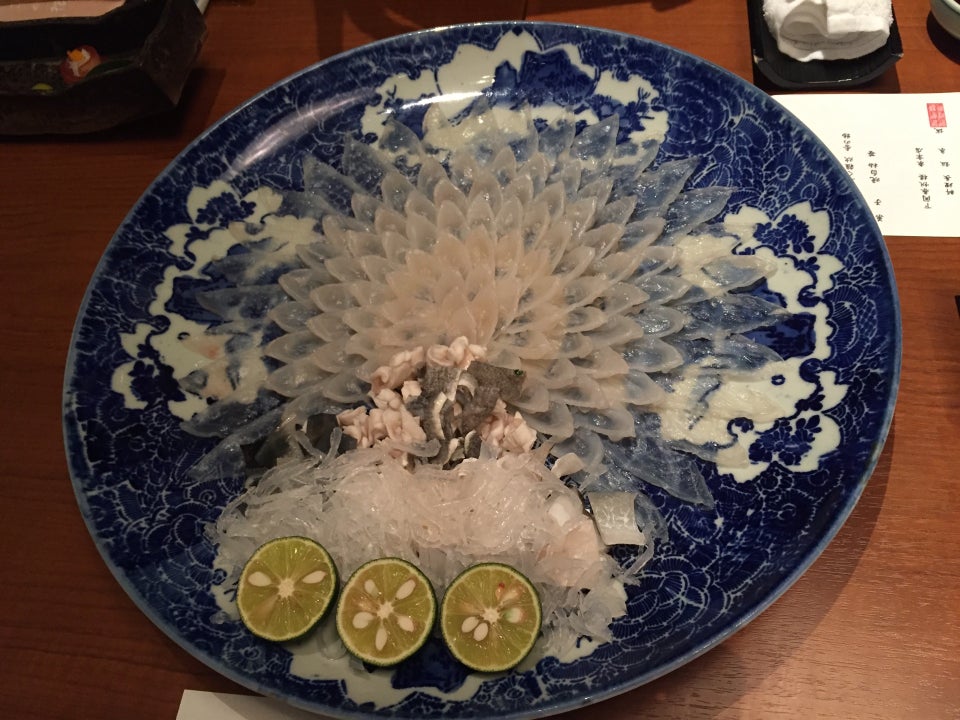 Shunpanro is the first fugu certified restaurant in the whole of Japan. 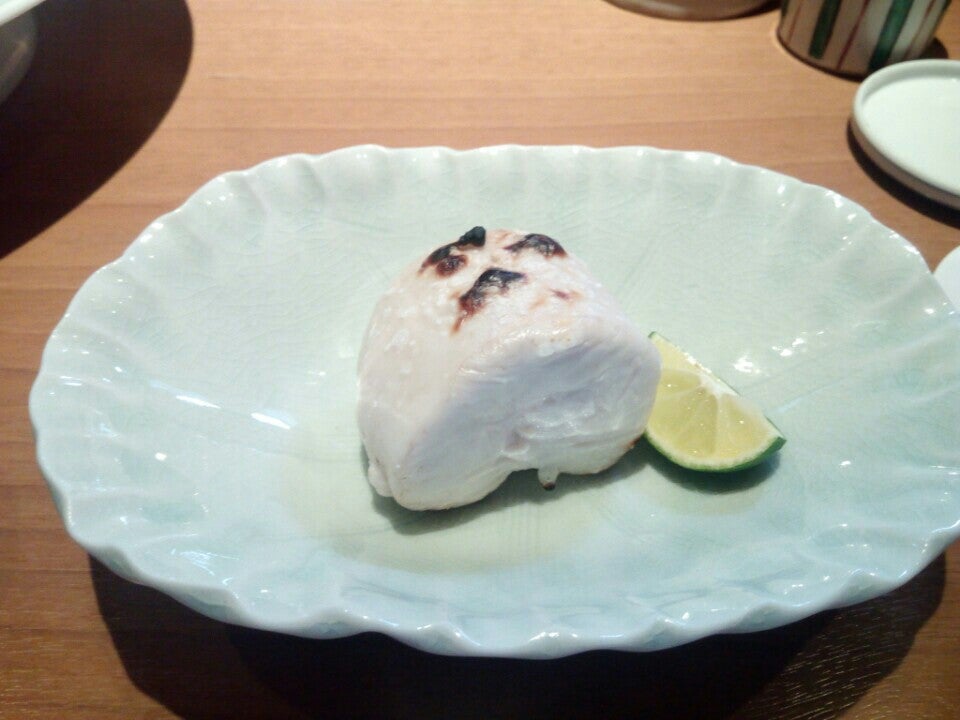 For Tokyo inhabitants, head on over to Fukuji to get your fugu fix. 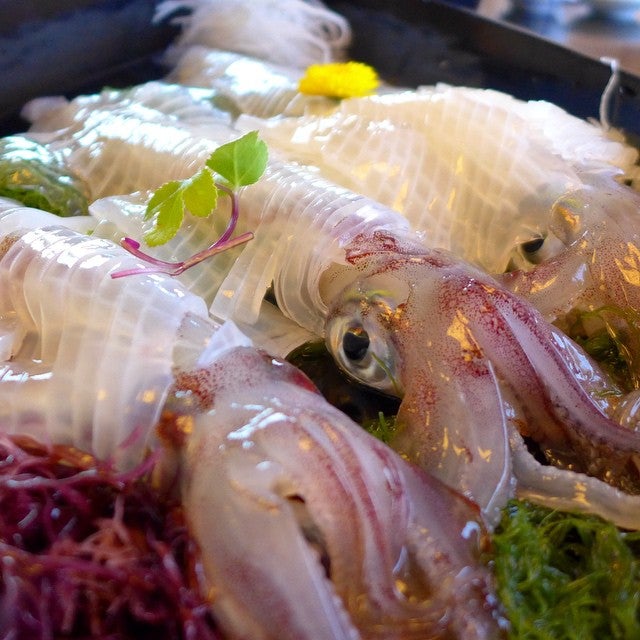 What is ika ikizukuri?

Ika ikizukuri is somewhat of a controversial squid sashimi dish. Sashimi is often prepared by killing the animal first, but for this dish, the ika (squid) is sliced up while it’s still alive. Due to its freshness, the tentacles can sometimes be felt moving about in your mouth.

Where can I eat ika ikizukuri?

Ika ikizukuri is regional to Yobuko, Saga, but it can also be found in a select few restaurants in Fukuoka. 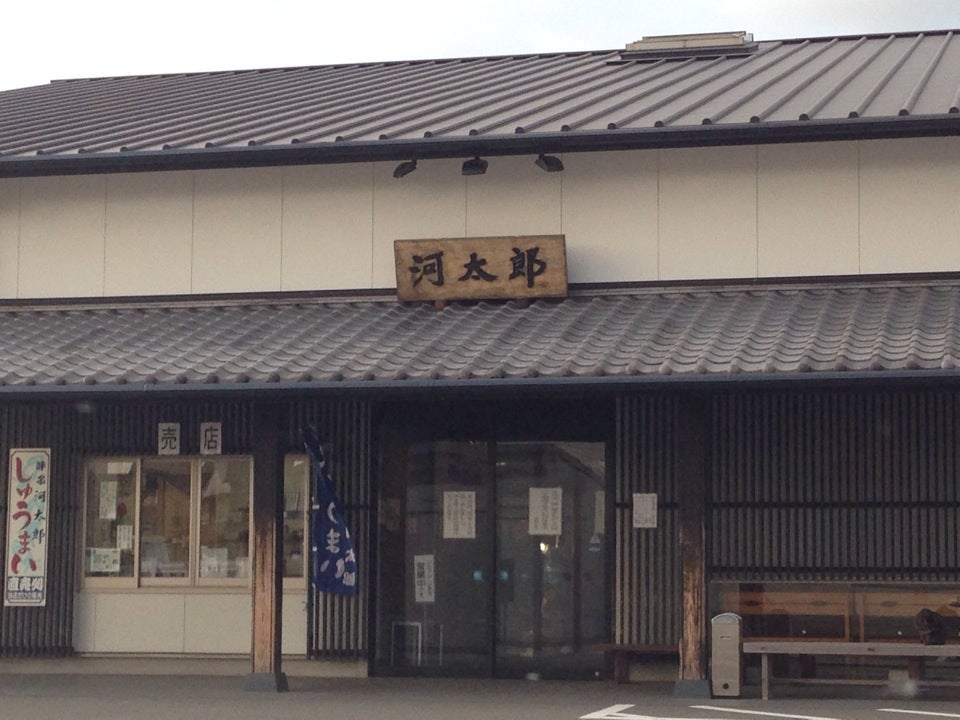 Kawataro is extremely popular amongst locals and tourists, so expect long lines. 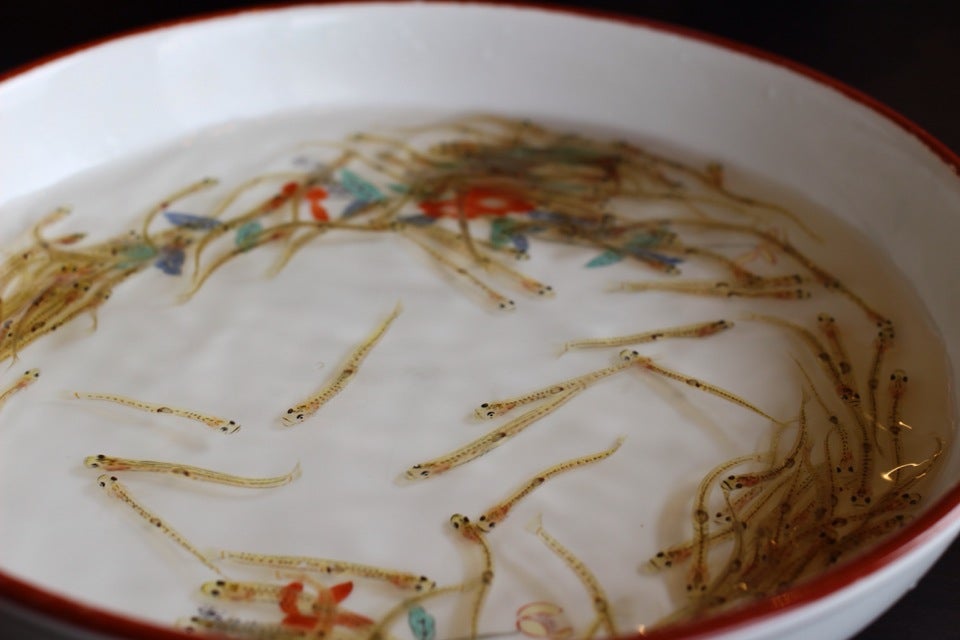 Shiruo no odorigui, also known as dancing ice fish, is a regional dish consisting of tiny fish called ice goby which is to be eaten live. The ice goby dances in your mouth as you eat it, hence the name.

It’s only available between February and April. 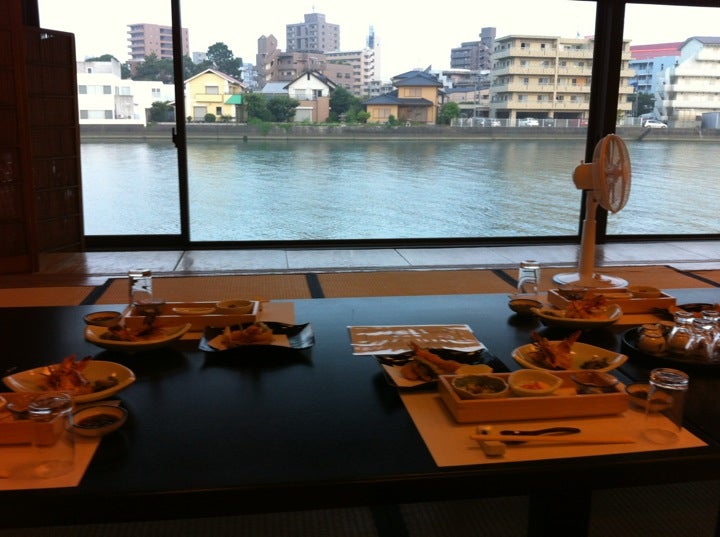 In addition to shiruo no odorigui, fugu is also served here. Why not kill two fish with one stone?

Shirako is a creamy Japanese delicacy that consists of male cod genitalia and sperm. It’s sometimes eaten raw as sushi or eaten boiled with ponzu sauce.

Where can I eat shirako?

Shirako can be found throughout Japan. Due to how common it is, it can often be found in izakaya (Japanese pubs) or sushi bars.

Kame is a sea turtle regional dish prepared in a variety of ways. One way to prepare it is sashimi-style (also known as kamesashi); this can only be found in April. Another way to prepare it is to make kame stew which can be found during winter. Also available for purchase is canned kame.

Where can I eat kame?

It can only be found on the 24 km2 Chichijima Island of the Ogasawara Islands. 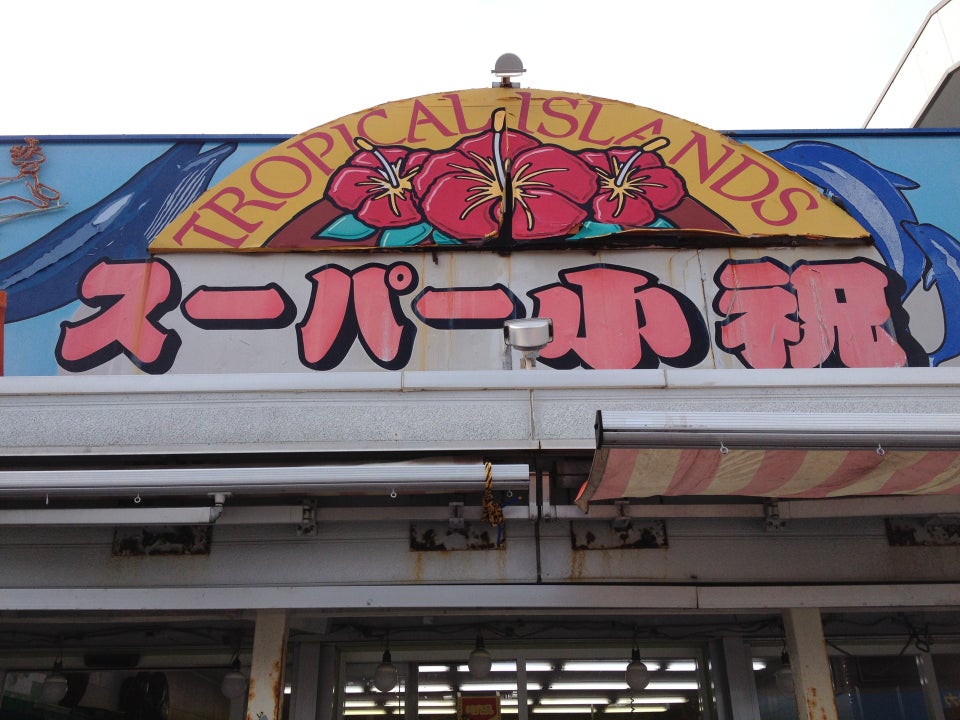 Suppon is a delicacy that is often prepared in nabe (hot pot). Various parts such as the liver and intestine of this freshwater soft shell turtle is used in preparation for suppon nabe. Additionally, suppon blood can also be drunk – believing it to improve sexual stamina.

Where can I eat suppon?

Suppon can be found in metropolitan areas such as Tokyo and Kyoto. Additionally, town of Ajimu is also famous for its suppon. 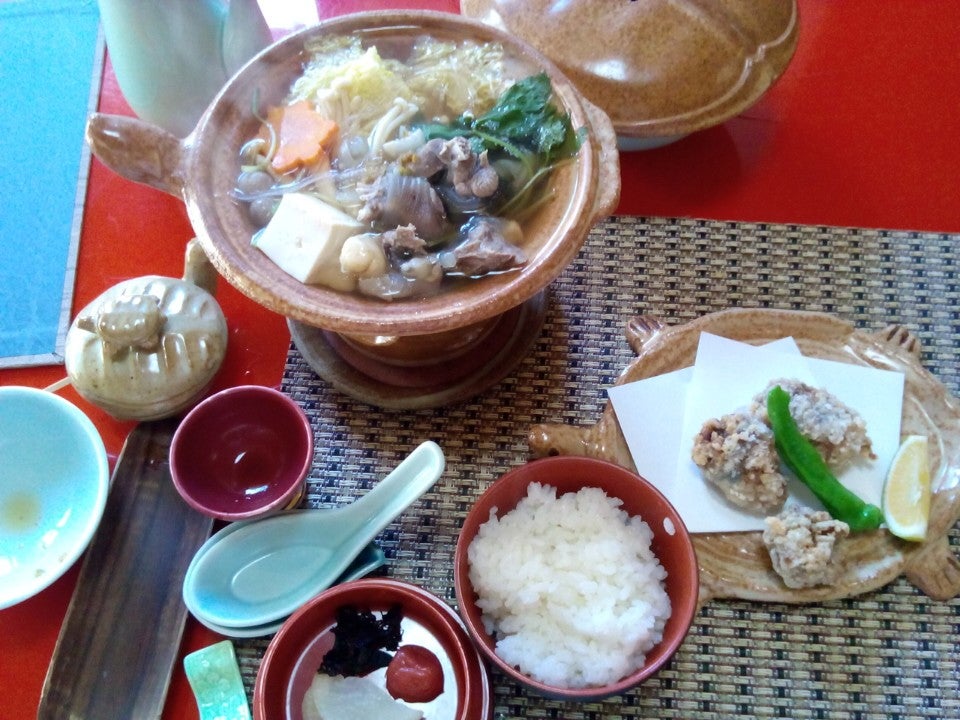 This ryokan (traditional Japanese inn) is famous for their suppon meals. 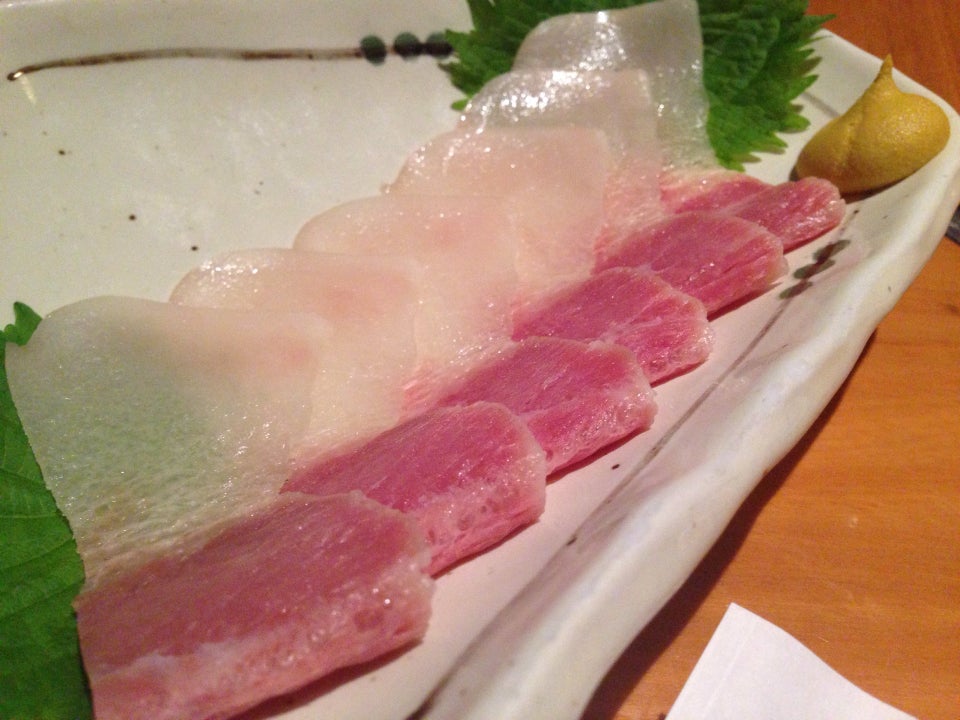 Kujira or whale meat is an extremely controversial dish that is served in a variety of ways (e.g. hot pot and sashimi). Various parts of the whale such as the belly and tail are also used.

Where can I get kujira?

While not popular, kujira can be found throughout the country in restaurants specializing in whale meat.

This whale specialist prepares and serves kujira in a multitude of ways. Also available are its different courses to suit any budget. 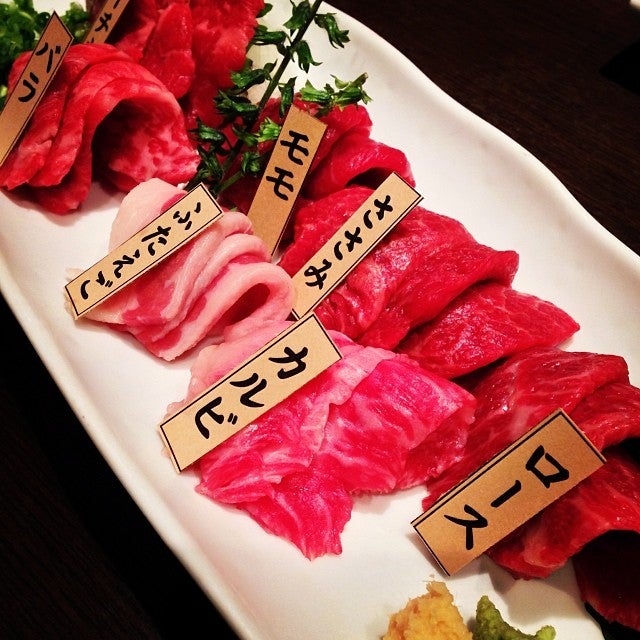 Basashi is a raw horse dish that is often served as sashimi or sushi. It’s sometimes called cherry blossom meat due to how pink it is.

Where can I eat basashi?

Basashi can commonly be found in the Tohoku region (Akita, Aomori, Fukushima, Iwate, Miyagi and Yamagata). Prefectures such as Kumamoto, Nagano and Oita are famous for basashi. 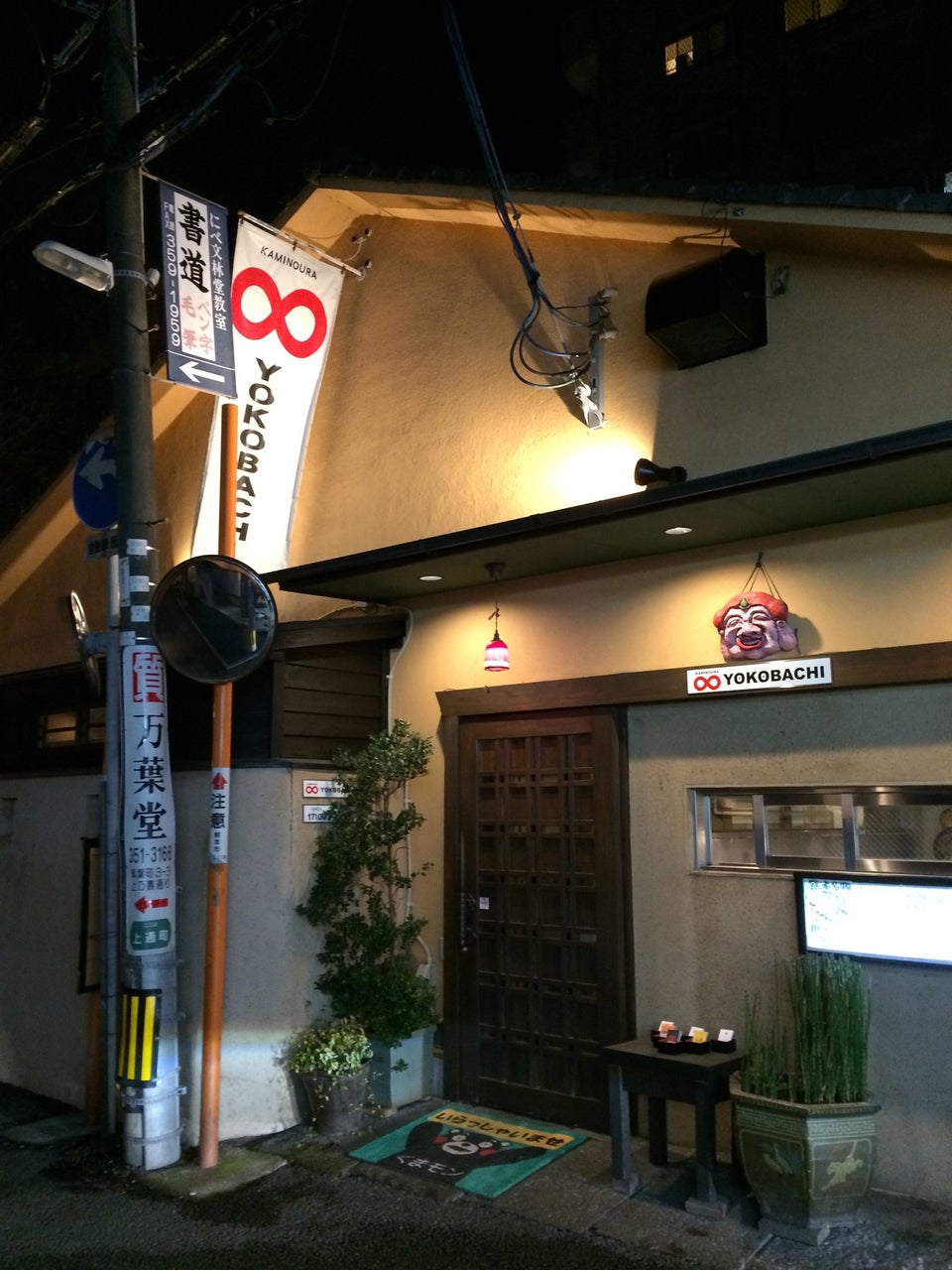 After visiting the Kumamoto Castle, why not head on over to Yokobachi to try their regional dish of basashi. 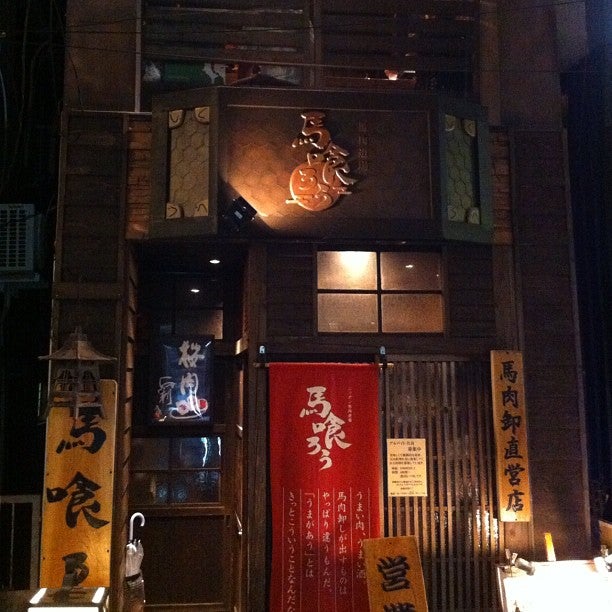 If you’re a Tokyoite, you can head to Bakuro, an izakaya specializing in basashi.

Where can I eat shikasashi?

Due to its rarity, it can only be found some parts of Japan like Ishikawa, Wakayama and Shizuoka.

This hole in the wall izakaya has English menus – making it easier to order additional items other than shikasashi.

This restaurant serves all kinds of meat from shikasashi to boar. Come here to get your fix of game meat! 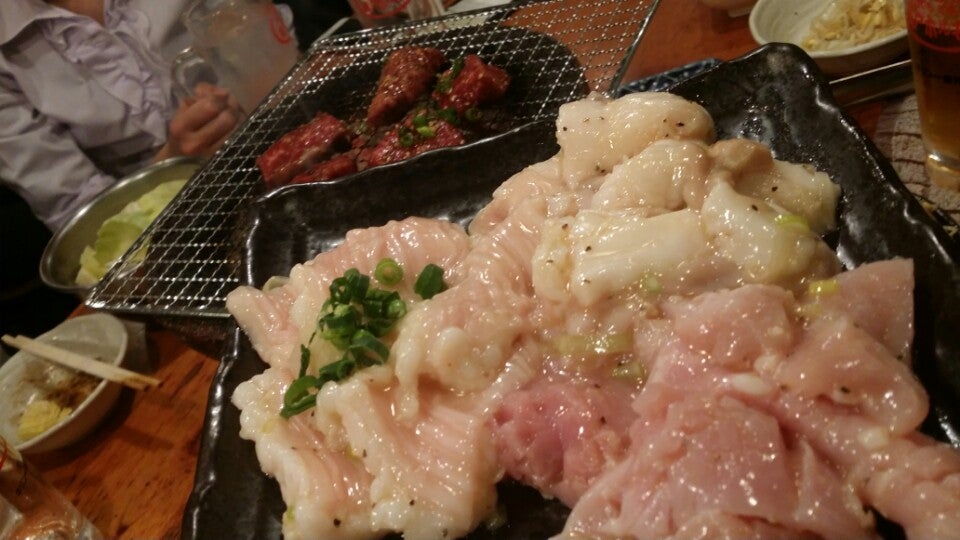 Where can I eat horumon?

The first horumon dish was prepared in Osaka of 1940. Now, it can be found throughout Japan. 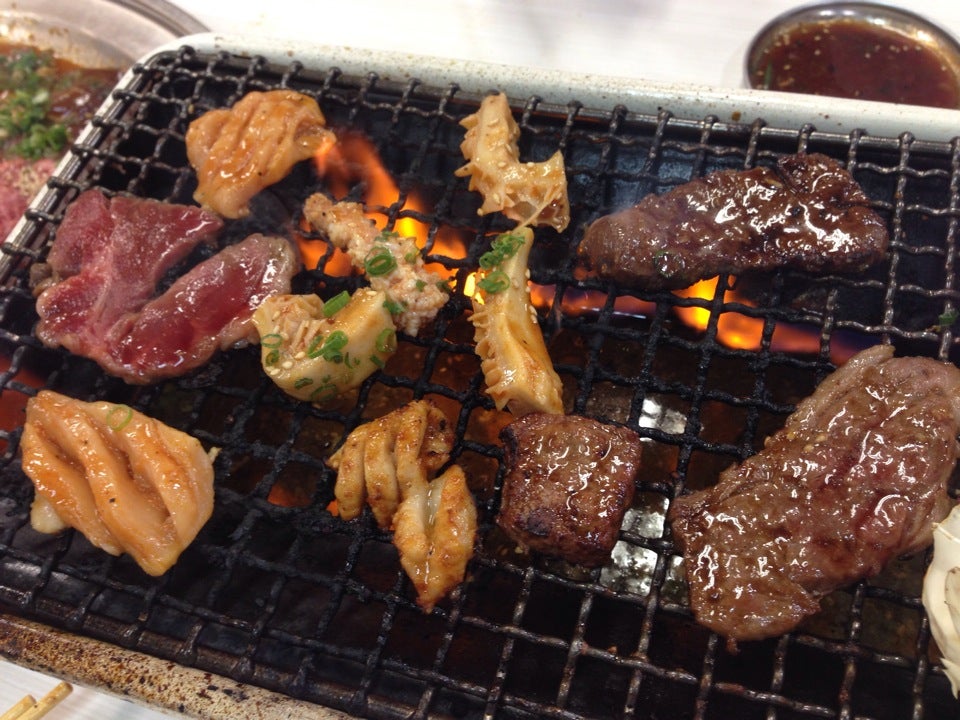 This restaurant is one of the most popular horumon specialists in Osaka. 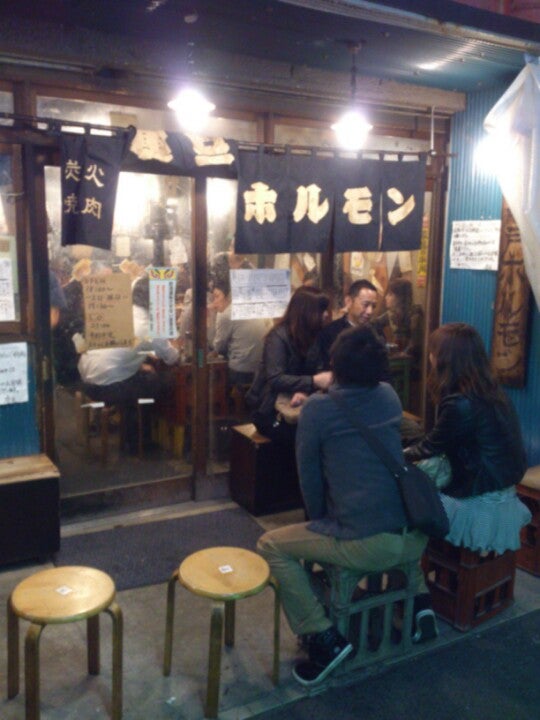 This place serves some of the best horumon in Tokyo.

Zazamushi is a Nagano delicacy made by boiling stonefly larvae with soy sauce, sake and sugar. This dish is often eaten in conjunction with alcohol (sake, beer or shochu).

Zazamushi first started off as an important source of protein for the inhabitants of Nagano. This eventually became an integral part of their culture.

Where can I eat zazamushi?

Although this dish is regional to Nagano, it can be found in specialty restaurants throughout Japan.

When in Nagano, do as Nagano inhabitants do. Try some zazamushi at this izakaya. 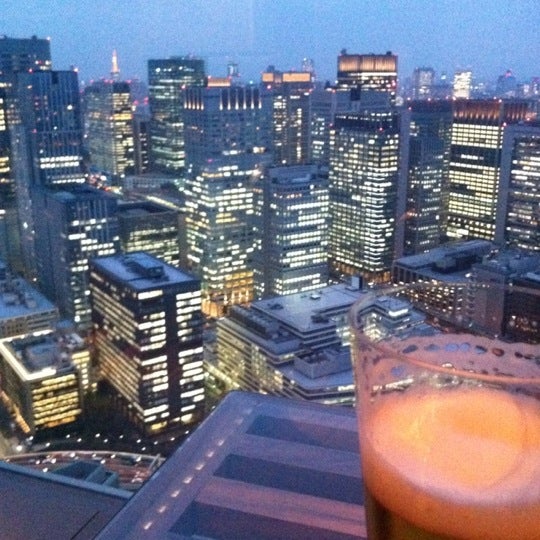 Pair zazamushi with a cup of sake at this swanky hotel bar.

What is inago no tsukudani?

Inago means locusts in Japanese, and this dish is prepared by simmering locusts in soy sauce and sugar. People started to eat locusts as a means to combat locust plagues.

Where can I eat inago no tsukudani?

This dish can often be found in izakaya and supermarkets of Yamagata, Nagano and Gunman.

In addition to inago no tsukudani, this izakaya also serves other weird food such as basashi, hachinoko and zazamushi; all of which are on this list.

Hachinoko is a traditional Japanese delicacy made by cooking bee and wasp larvae in soy sauce and sugar. Again, these insect dishes were first consumed because they provide a good source of protein. Like Timon and Pumba of The Lion King (1994), the late Emperor Hirohito enjoyed eating these delicious little critters.

Where can I eat hachinoko?

Like all the other insect dishes, hachinoko is regional to Nagano.

You can get them on Amazon too.

Jibachi senbei is a rice cracker infused with digger wasps. These crackers are sweet yet savory. Even to this day, the hunting of digger wasps to make these rice crackers is still practiced by older Nagano residents.

Where can I eat jibachi senbei?

Omachi, Nagano is the only place that produces these special rice crackers.

You can purchase some digger wasp rice crackers as souvenirs at this place.

You can get them on Amazon too.

Habushu or Okinawan snake wine, as the name suggests it, is a snake liqueur made in Okinawa. This controversial liqueur is either made by 1) drowning a viper snake in alcohol or 2) by freezing and gutting the viper snake, then putting it in alcohol, thus resulting in a more aggressive pose as the snake thaws. This liqueur is said to have been around since ancient times. It was first used for its “medicinal” properties – believing it to give individuals incredible strength and energy.

Where can I drink habushu?

Although it’s made in Okinawa, habushu can be purchased throughout Japan.

What is a square watermelon?

This cubic shaped watermelon is produced by growing the watermelon in a crate. These square watermelons were initially intended as a better way of storing watermelons in a fridge. However, over time, it became a luxury item – costing two to three times the price of a normal watermelon. Due to its popularity, other fruits and vegetables are being grown into different shapes and sizes as well.

Where can I eat square watermelon?

Square watermelons can be found throughout Japanese department stores. 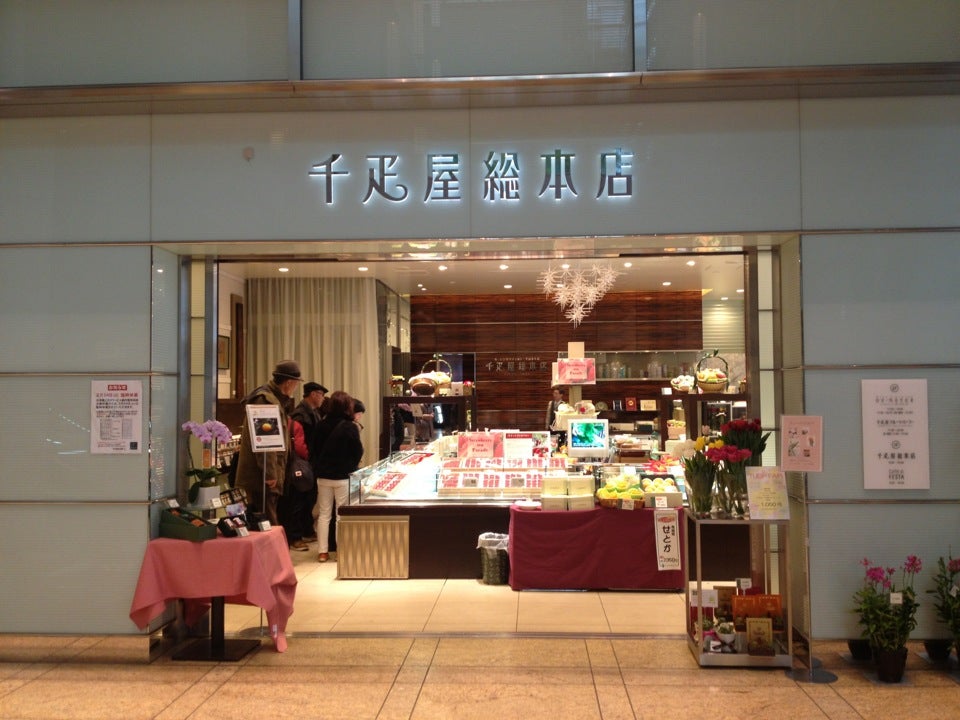 This fruit specialist sells numerous kinds of fruits as gifts – including square watermelons. 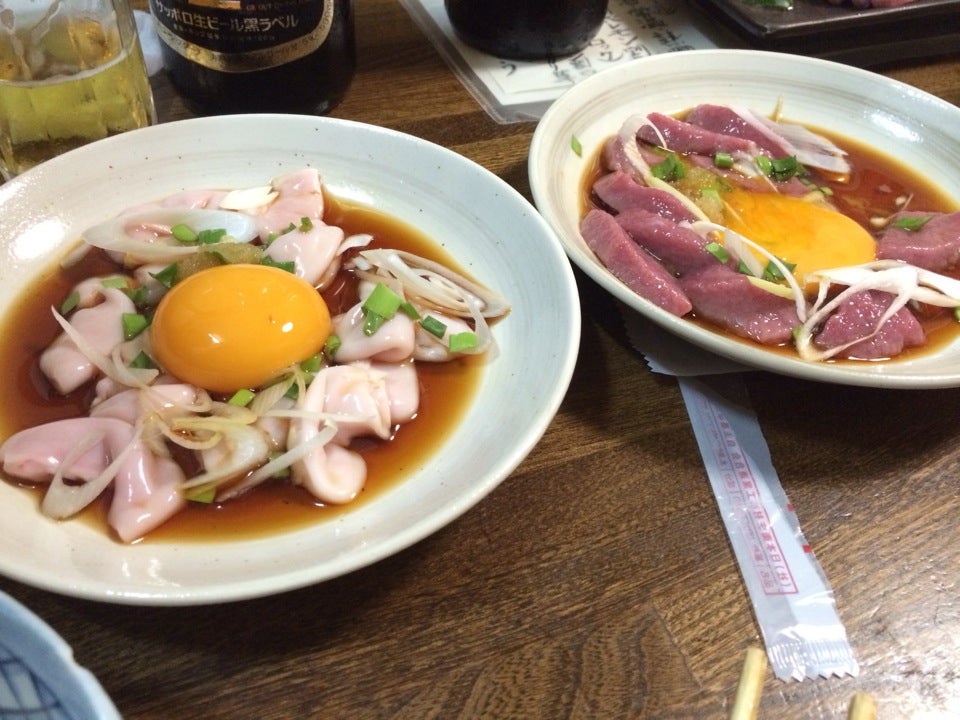 No, Asadachi is not a dish. It’s actually an izakaya located in Tokyo. It’s the mecca of weird Japanese food. The name of the restaurant literally means “morning wood.” It serves suppon, raw pig testicles,  frog sashimi, sanshou (grilled salamander) and habushu; all of which is said to improve sexual stamina. Some of these dishes can’t be found anywhere else in Japan.

This restaurant is located in Shinjuku’s Piss Alley (also known as Omoide Yokocho or Memory Lane).

# What to Eat in Japan

Category Ranking【What to Eat in Japan】