Your Guide to American Restaurants in Tokyo

Here is a guide to American restaurants in Tokyo. Missing fast food, burgers, buffalo wings, BBQ, pizzas, burritos, brunch? We got you covered.

Whether you are here in Tokyo for a short while or forever, American food is always readily available and screaming to be eaten. Here’s a list of some of the best greasy American restaurants to offset your healthy Japanese diet:

America: inventor, pioneer, and godfather of all fast food chain restaurants. In addition to these titles, it is home of the most drive-thrus in the world.

Tokyo is no stranger to fast food chain restaurants with Starbucks, McDonald’s, and Burger King at every corner. With its recent opening in Shibuya, Taco Bell is the one and only “Mexican” fast food restaurant in the whole of Japan. 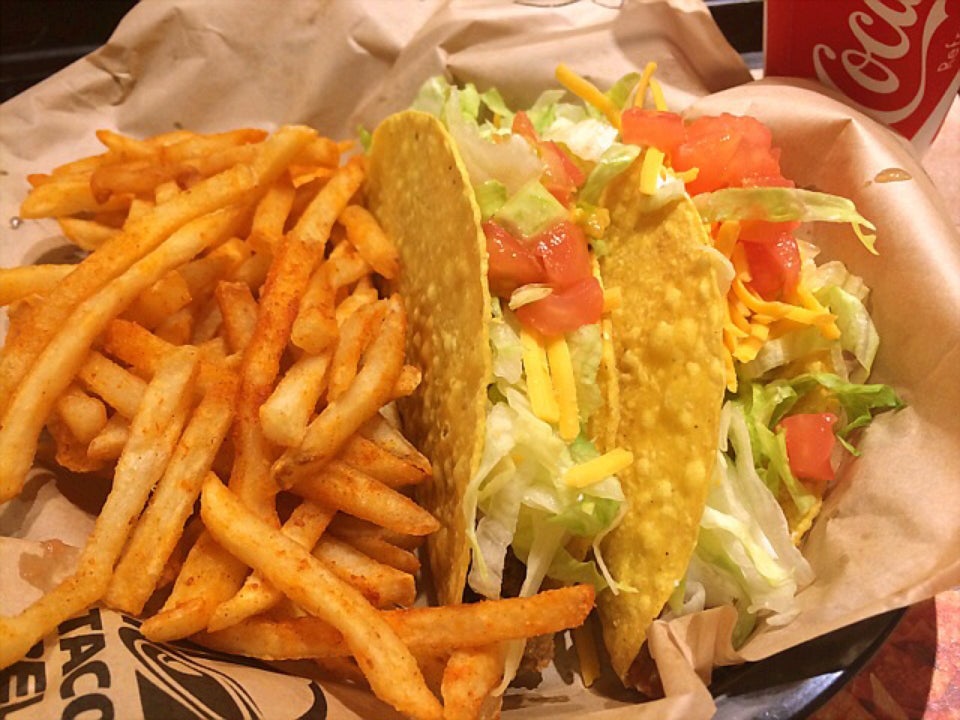 This American “Mexican” fast food restaurant is the first of its kind in Japan. Note the quotation marks around “Mexican.” This fast food chain originated from America; therefore, it has an American twang to it. In America, Taco Bell is regarded as one of the best cheap drunk late night food. However, in Tokyo, it is deemed more of a luxury with its pricier counterparts. The menu is also more limited than its American counterparts, but its menu is adequate enough to satiate that nostalgic hunger. In addition to its standard menu, the Tokyo branch Taco Bell also has its own creations such as the shrimp burrito.

The origin of the burger is not known, but one thing is for sure is that the burger has a special place in America’s heart. No BBQ is complete without these juicy succulent meat patties on the grill. 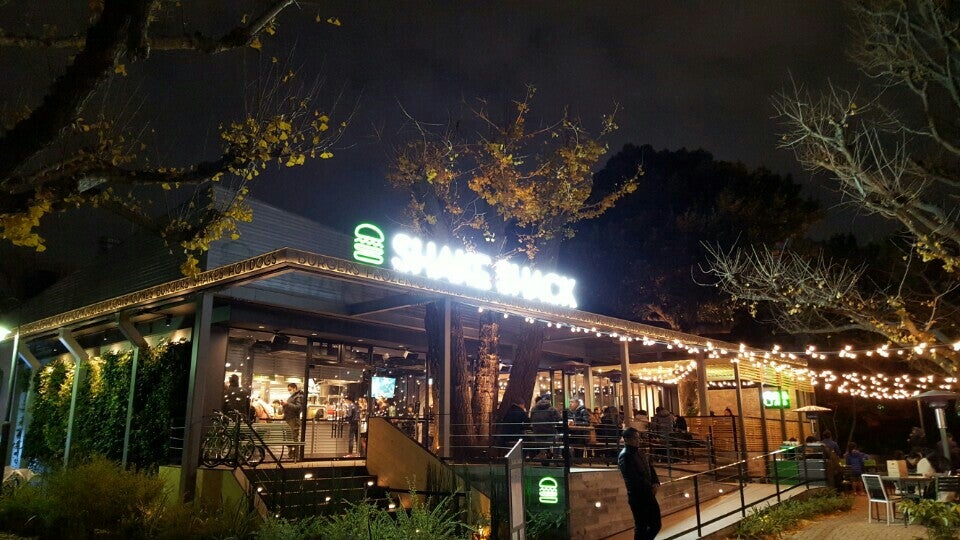 This burger establishment first opened its door in Kita-Aoyama, November 2015. Due to its massive popularity, it has since opened another store in Ebisu. Their juicy burgers can be accompanied with their very own shake or ShackMeister® Ale. Not only do they serve great food, they have a ping pong table which is available to patrons to work off all that delicious calories previously consumed. 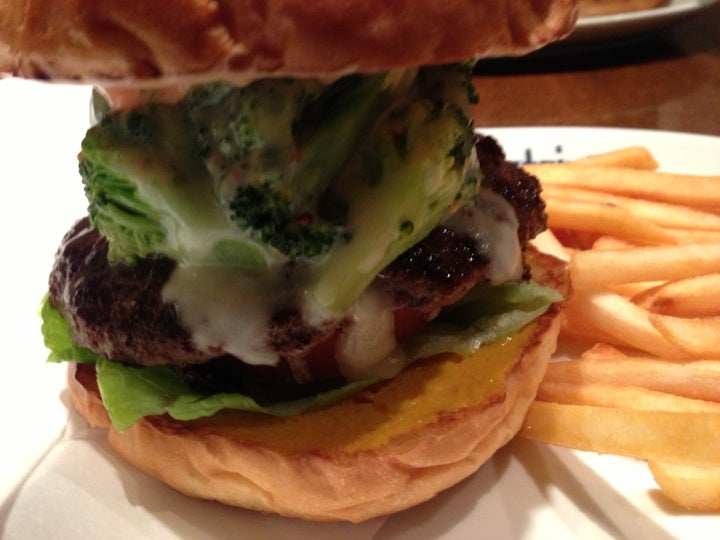 True to its name, the authenticity of the burger is through the roof. They have your classic cheeseburgers, and they also have two of their very own special creations: broccoli cheeseburger and chili cheeseburger. Their chili cheeseburger is not to be trifled with, but if you can get pass the spiciness, you will be rewarded with an amazing burst of flavors. 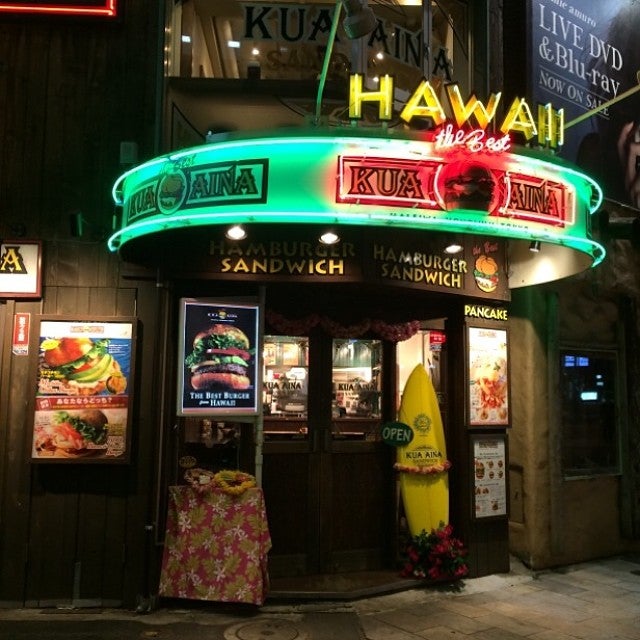 Kua `Aina first opened its doors in Hawaii; however, with Japan’s love of Hawaii, it is no surprise that there are a lot more stores here in Japan than in Hawaii. Kua ‘Aina has two standard American sizes for their burgers: 1/3lb and 1/2lb. These portions are sure to fill you up. You’ll leave with a satisfied stomach and a smile.

Buffalo wings are deep fried chicken wings coated in cayenne pepper hot sauce – originating from Buffalo. Watching sports and drinking light beer are two of America’s favorite past times. This is often accompanied with the consumption of buffalo wings; therefore, it is not uncommon to see buffalo wing establishments with 50-inch or larger plasma TVs. 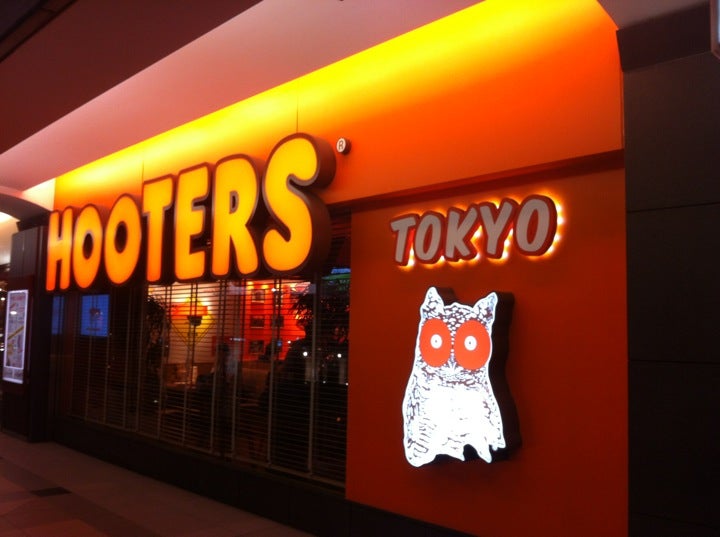 Although primarily known for their employees, Hooters is one of few establishments that does wings right. The combination of nonstop sports, wings, beers and sides really encompasses what it is to be American. For a good time, go to Hooters. 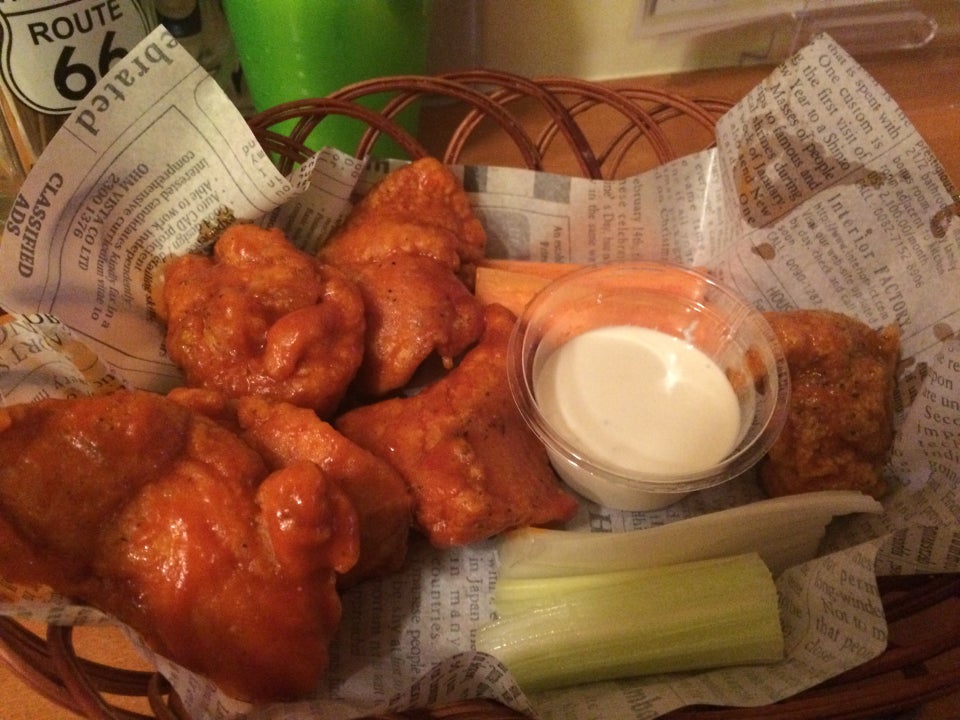 With multiple American flags and a miniature Statue of Liberty in front of the store, there is no mistaken that it is an American establishment. This store might be little, but its food packs a punch. If you’re a glutton for punishment, then Buffalo Wings & Smile Tokyo is the right place for you. Their spiciest sauce is called “Punishment.” 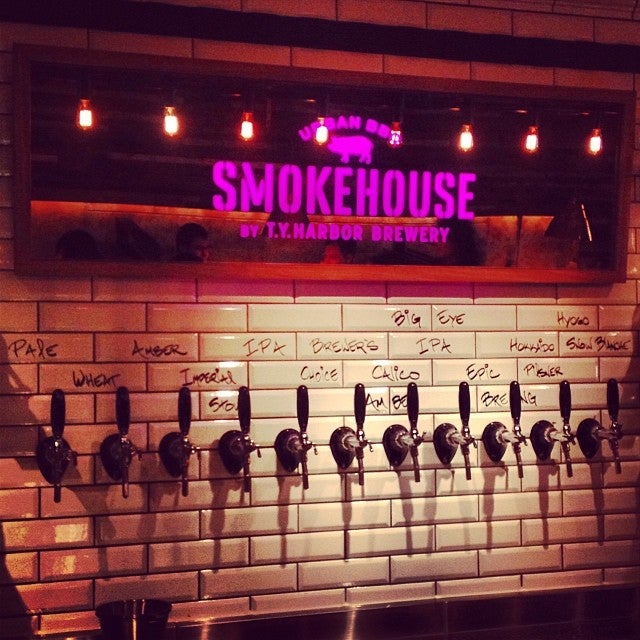 This two story restaurant is located in a trendy area called Cat Street. Not only does the atmosphere remind you of home, the food there is incredibly scrumptious with the Kansas-style baby back pork ribs being one of the more popular dishes. Smokehouse also has its very own brews. Match their brew with their ribs, and you have a match made in America.

Although originating from Italy, America has put its own flair to pizza. They have several styles of pizza – ranging from Chicago-style to New York-style. Regardless of style, the staple of all American parties is pizza. If there is no pizza, then it’s not a party. Rather, it is a social gathering. 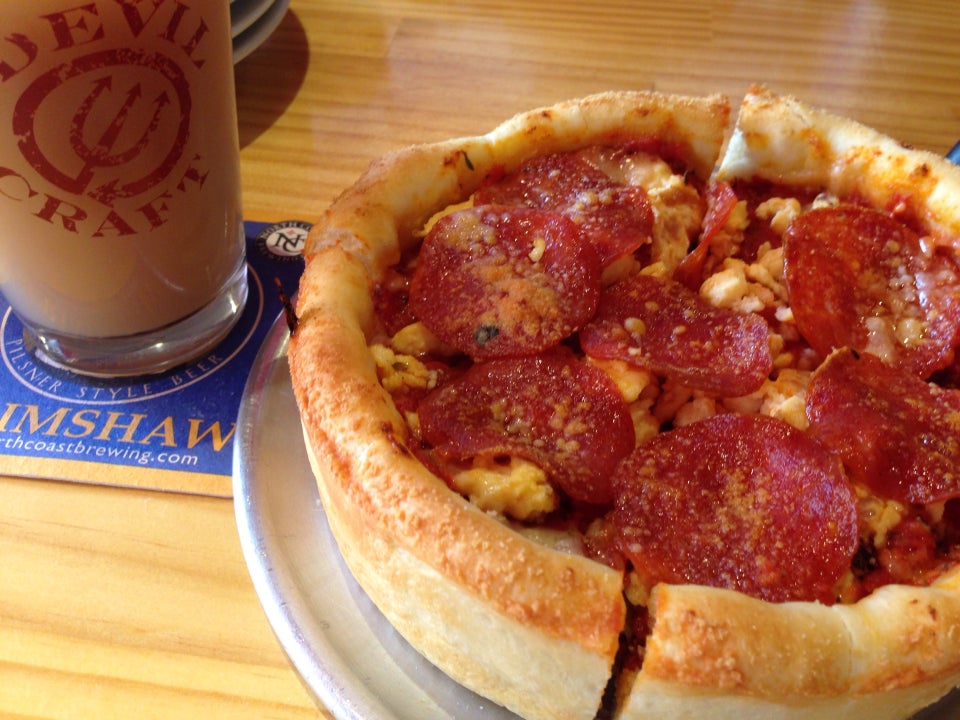 Popular among expatriates, the idea of DevilCraft was first conceived by Americans John Chambers, Jason Koehler and Mike Grant. These beer enthusiasts have their own brews which greatly accompanies their deep dish Chicago-style pizza. Their pizzas are full of cheese and tomato with an assortment of toppings. These hearty pizzas will make you full with ecstasy. 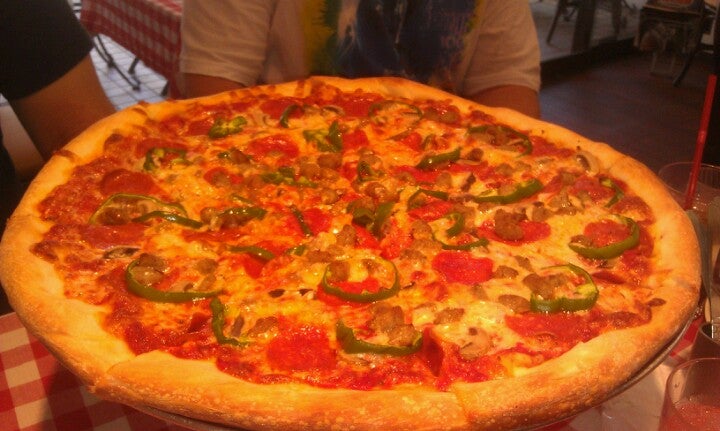 Although burritos are technically Mexican, America with its significant population of Mexicans has adopted it as one of their own. These delicious food babies wrapped in tortilla skins are sure to not only melt away in your mouth but melt your heart.

Frijoles literally means “beans” in Spanish. It’s one of the key ingredients to a complete burrito. This restaurant is very similar to that of Chipotle in that you get to pick your ingredients for your burrito. They also have a choice of three Mexican beers (Tacate, Corona, and Modello) to go with their burritos. 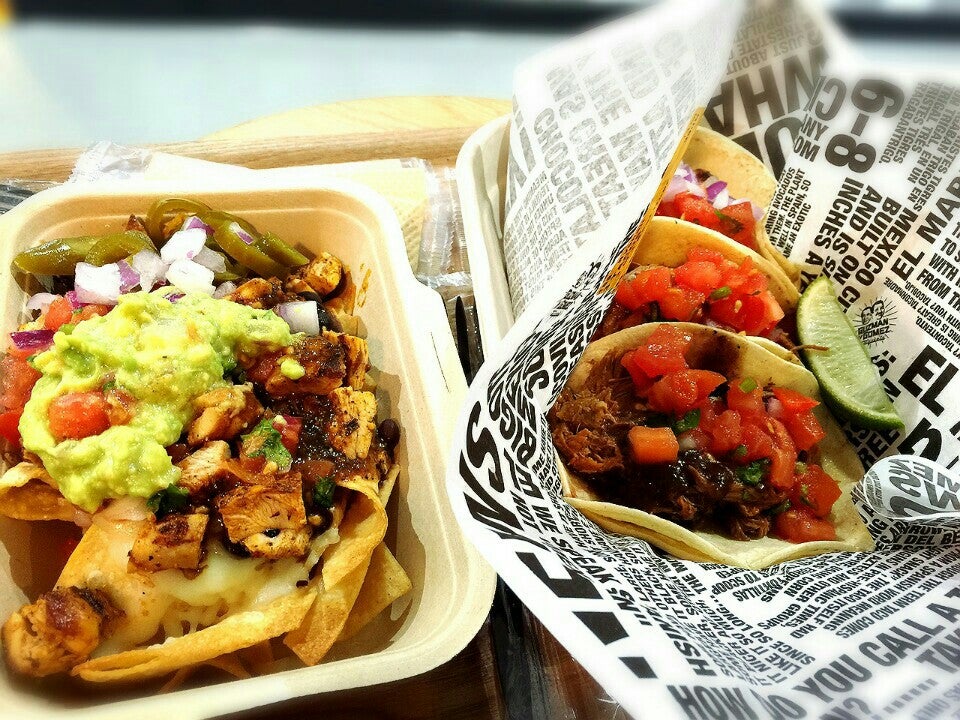 This is another Chipotle-esque restaurant – originating from Australia. Regardless of their origins, their burritos are some of the best in the city. They even have a salsa bar to complement their burritos. Everyone knows you can’t have the perfect burrito without salsa. 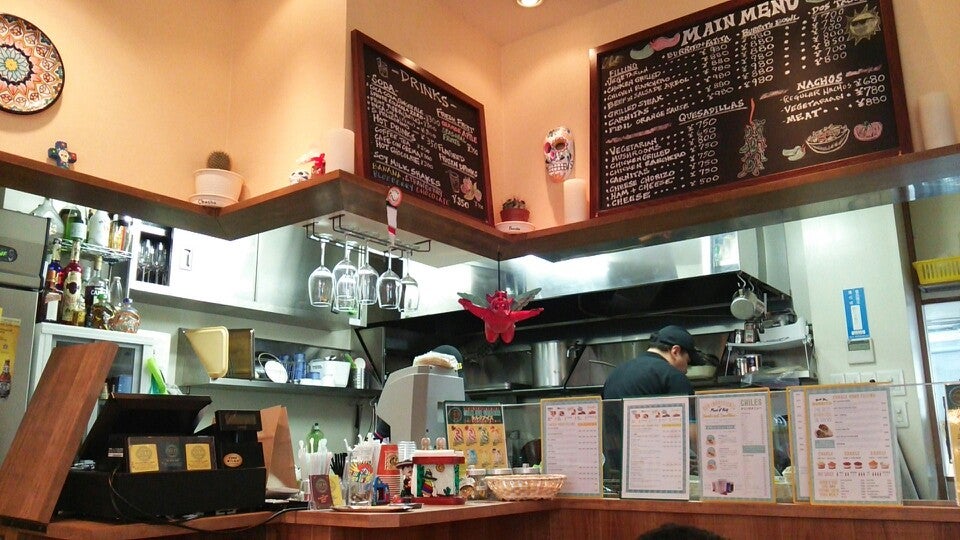 Chiles is located in the back streets, but don’t let its location fool you. Owner Carlos Bartes hails from Mexico City, and he knows how to create an authentic Mexican experience. With the burrito as its recommendation, they also have a wide range of other Mexican food – ranging from nachos to quesadillas.

Not all American food is greasy, Americans love their relatively less greasy breakfast food as well. They can even eat breakfast food for lunch. Thus, brunch was born. It is the combination of breakfast and lunch. It is also typically eaten at cafes on the weekends. You can often see Americans enjoying a mimosa (champagne and orange juice) with their meal. 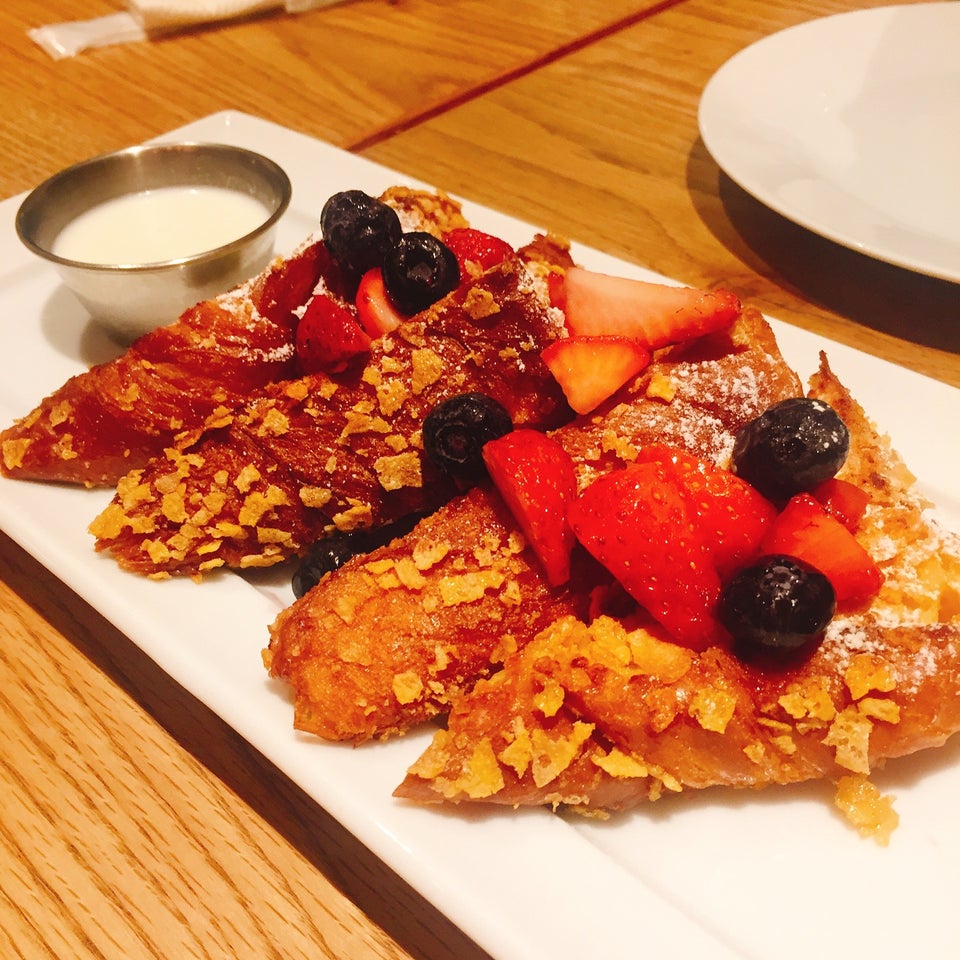 Blu Jame Cafe first opened its door in Los Angeles. After a decade of success, another location was opened in Tokyo. Owners Kamil Majer and David Fris believe, “breakfast should never be boring.” That statement holds true with its amazing assortments of breakfast food. 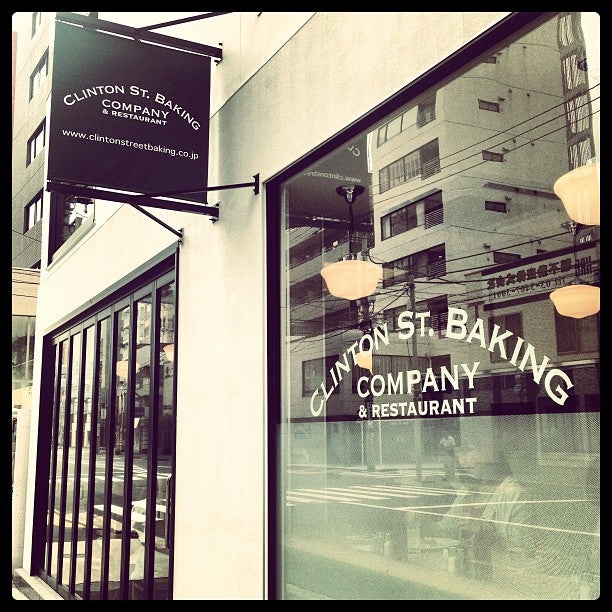 Another cafe native to America, Clinton St. Baking Company first started in New York. Owners Niel Kleinberg and DeDe Lahman were eager to make American classics. This was successfully accomplished with dishes such as pancakes and egg benedicts. Wanting to spread good old American classics, they opened a store in Minamiaoyama. Their blueberry pancakes is amazing, and it’s worth lining up for. 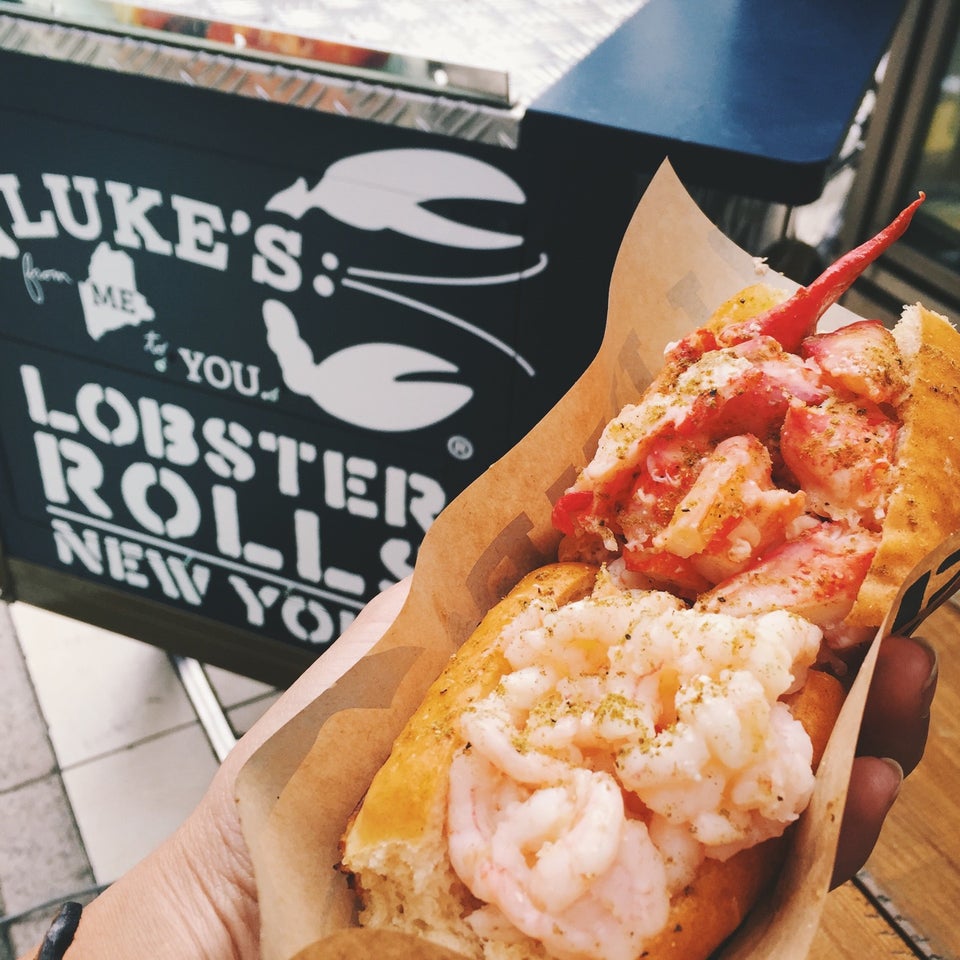 The lobster roll originated from New England. It is a sandwich with butter soaked lobster meat in it.

Luke Holden, a New England native, was deeply disappointed by the lack of authentic lobster rolls when he first moved to New York. He then decided to start his own lobster roll restaurant in New York – acquiring lobsters from Maine, New England and crafting the perfect lobster roll. Due to the massive popularity, he decided to open his store in Tokyo where long lines of people can often be seen. 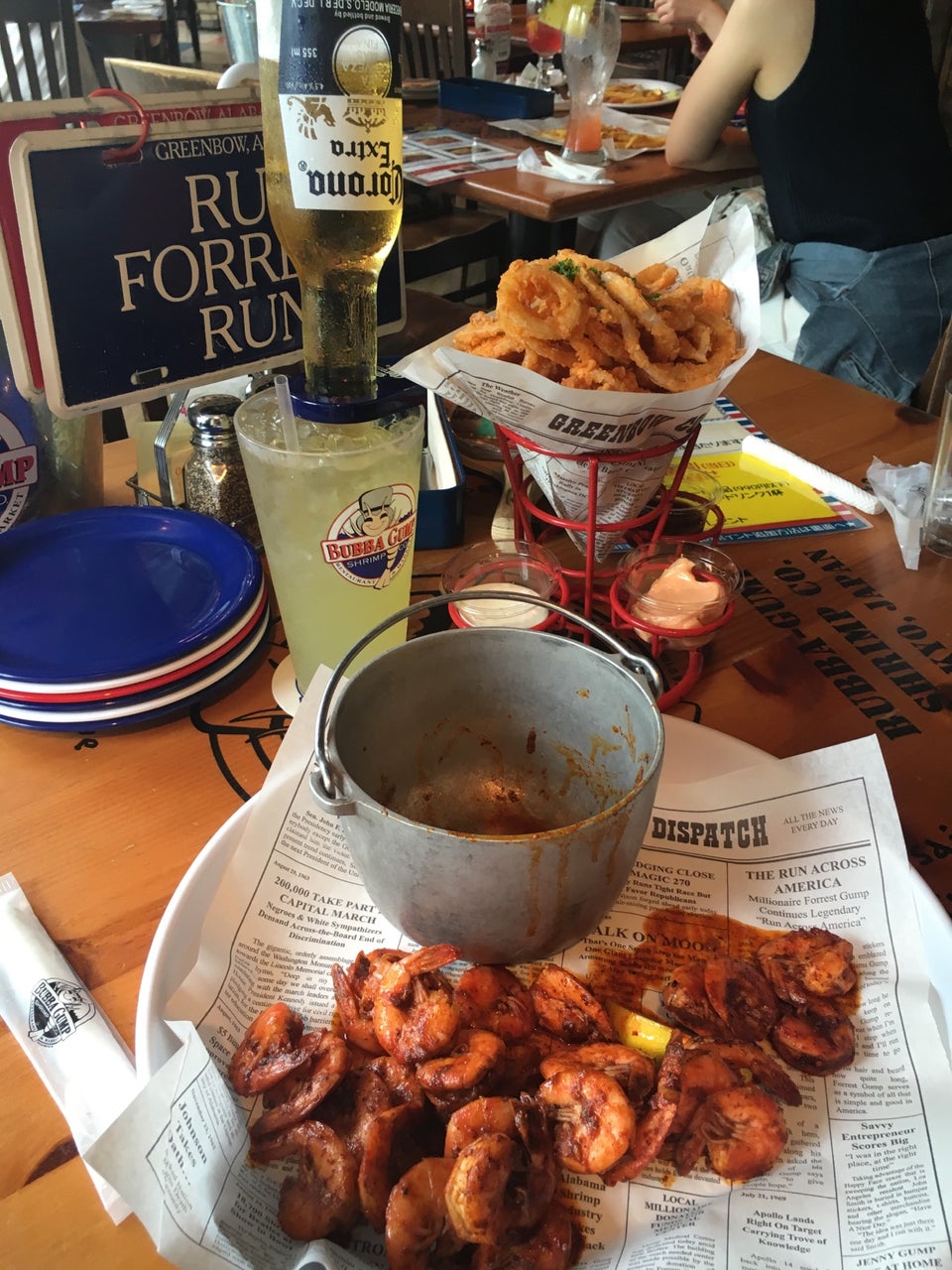 The most comprehensive guide to Tokyo restaurants on the internet.

# Tokyo Restaurants # What to Eat in Japan